A liger named Hercules is a hybrid of a lion and a tiger, the largest cat on our planet. The giant lives in the city of Miami in the Jungle Island Park, its weight is 410 kg, which makes Hercules the largest feline in the world. 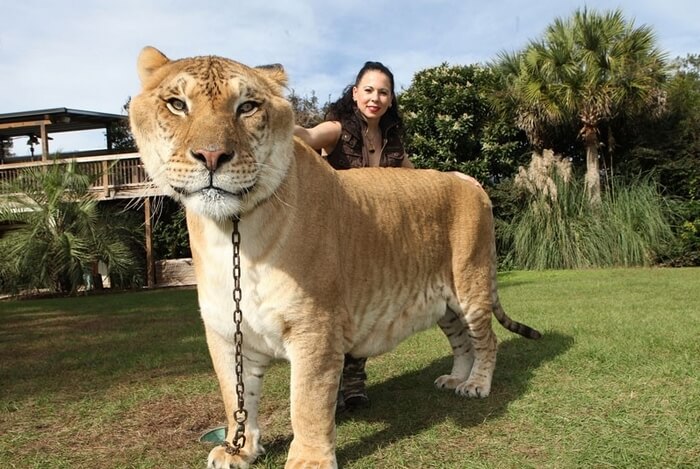 Of course, such a wonderful animal simply could not fail to get into the Guinness Book of Records – since 2006, the liger Hercules is its honorary member, as the largest feline living on Earth. 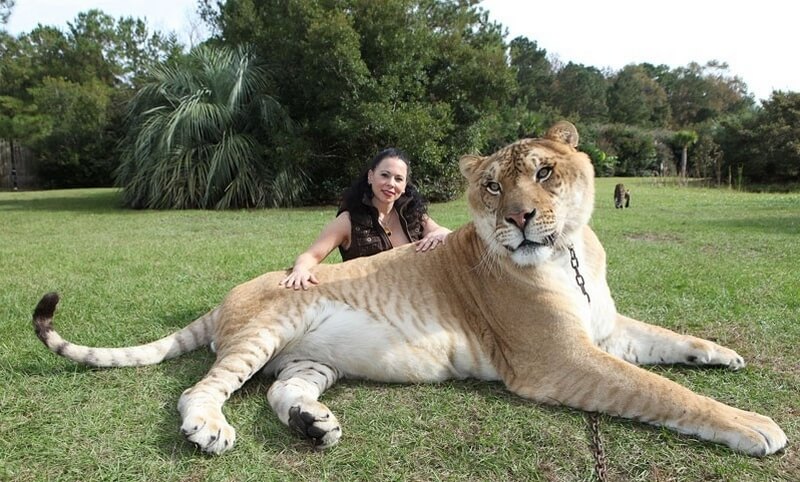 Hercules was born in 2002 and became the fruit of love between the tigress Ayla and the lion Arthur, who, along with other representatives of their species, were kept in one large aviary. This is far from the first such case, and now there are already 25 representatives of this rare animal species in the world, which is a hybrid of a lion and a tiger. 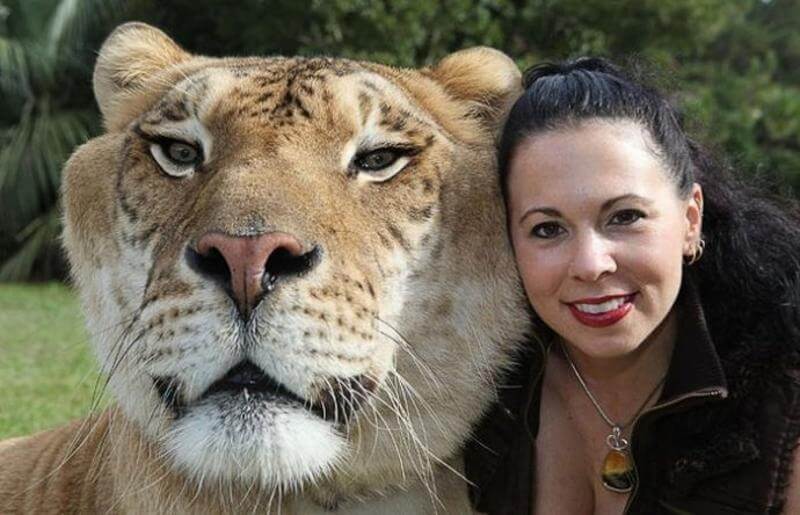 Hercules was born at the Institute for Endangered and Rare Species of the city of Miami. The liger has the outward signs of both a lion and a tiger. He has tiger stripes of his mother on his body, no lion’s mane, but with his muzzle, he looks more like a lion’s father. The dimensions of Hercules are impressive – the growth of the liger at the withers is 186 cm, and the length is 3.6 m. When the largest feline on the planet stands on its hind legs, then its height is 3.7 meters.

From birth, Dr. Bhagavan Entl has been involved in the upbringing and training of Hercules. Hercules has good health, he runs fast and swims perfectly. It is interesting that in the entire history of the ligers, Hercules is second only to Sudan, the liger, whose body length was a little less than four meters. 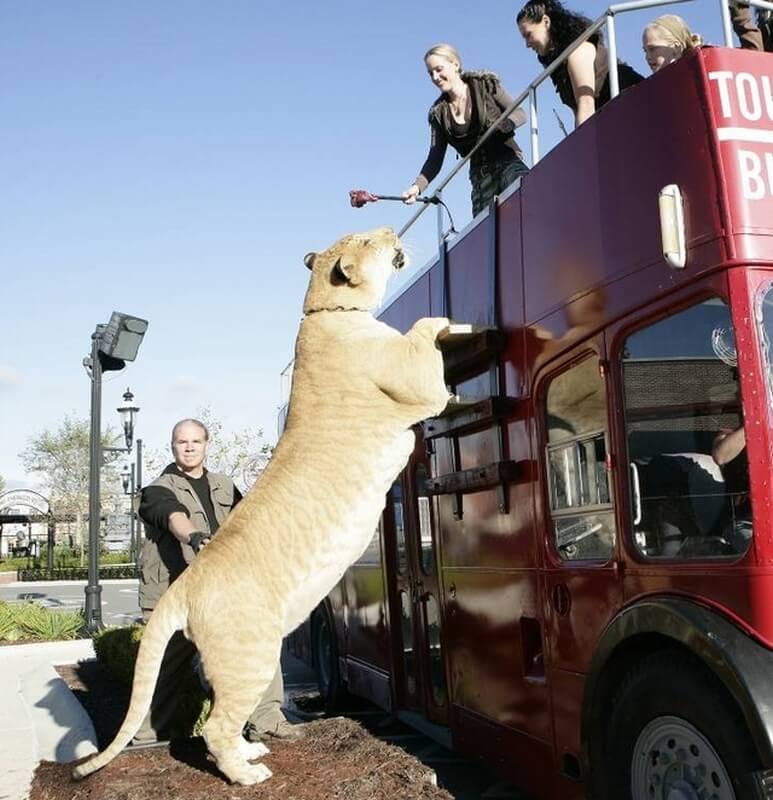 Due to its unusual origin and enormous size, Hercules not only got into the Guinness Book of Records but also gained great popularity all over the world. He performs every day at the Jungle Island theme park in Miami, taking part in the Tiger’s Tale performance. In addition, Hercules can often be seen in popular television shows, he also takes part in holidays and special events.