What is bizarre for two-legged friends happens every day among dogs: The smell of the buttocks. Four-legged friends sniff each other’s bones, but intimate areas of humans are not spared by the nose either. The instinctive behavior, which occurs especially in the greeting, causes some dog owners to be embarrassed. But what is behind it? Why do dogs sniff the buttocks?

Why Do Dogs Sniff at the Buttocks of Their Own Kind? 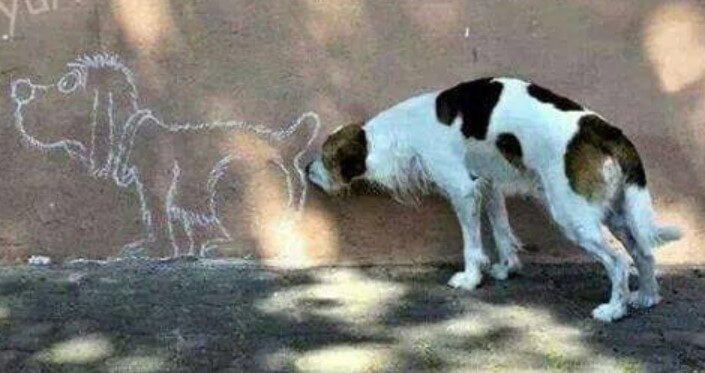 What the shaking of hands or small talk represents for us humans, is for dogs the smell of the bottom. It is a good form among dogs to sniff the other person thoroughly – as a kind of social interaction. In addition, the other person’s odor molecules reveal important information about him.

It is fascinating what information dogs can find out just by smelling:

Why Do Dogs Sniff People’s Butts?

We humans also emit odorous substances that arouse the dogs’ curiosity. Mainly in our genital area and on our buttocks. This may be uncomfortable for many, but it has the same instinctive origin as it does with dogs among themselves. The four-legged friend simply wants to get to know the person or know what’s going on with the two-legged friend. The dog’s nose can clearly sniff out, for example, whether the mistress or another female is menstruating. The four-legged friend also finds out about ovulation and pregnancy thanks to its extraordinary olfactory organ.

What is the Role of the Jacobson Organ?

As if a dog’s nose wasn’t outstanding enough on its own – after all, a dog has around 200-300 million olfactory cells, depending on the breed. In addition, fur noses have a special organ. It enables them to perceive and analyze the pheromones. This is the Jacobson organ (also called the vomeronasal organ). It is localized on the palate, just behind the incisors, and supplements the normal sense of smell via the nasal mucous membrane.

Sniffing the Bottom – Should Dog Owners Intervene or Not?

The dog has a fantastic sense of smell and is also a social animal – so sniffing the bottom of fellow dogs is simply part of it. It is a completely natural behavior, which is why the owner should not interfere with it. Communication with each other is an important pillar in the dog’s social behavior. But not every fur nose tolerates an extensive smell: If the “sniffed” dog gets too much, it informs the intrusive fellow dog.

But what do you do when the dog sniffs my visit?

It is a different matter with humans: when the dog jumps on visitors and its olfactory bulb immediately wanders into the genital area or buttocks. If a dog owner notices that the guests find it very unpleasant, this does not have to be tolerated. However, no strict disciplinary measures should take place here. The dog will not understand a prohibition, because for him it is a natural behavior. Rather, the curious four-legged friend can be offered alternatives. For example, the dog can be rewarded if he “sits” in a good manner. Even sniffing the hands can be a friendly and, above all, more pleasant greeting for the visit.

Conclusion: This is Why Dogs Sniff the Buttocks

The dog sticks his nose into everything: Outside the four-legged friends love to follow a trail, they communicate with each other by smelling their rump and sniffing at uncomfortable parts of the body. Humans perceive their surroundings primarily through their sense of sight, while dogs, on the other hand, through their sense of smell. The more knowledge we humans have about how dogs are perceived, the more plausible their behavior becomes to us.
The dog’s nose – for us humans it is beyond our imagination what it is capable of. It shows that as much as dogs have adapted over the millennia, some things are fundamentally different.