The Basset Hound is a short, but heavy and long dog with large ears. The most common colors are red-piebald and tricolor.

The nature of the Basset Hound is good-natured and affectionate. Bassets were bred to hunt hares and rabbits, but now they most often “work” as companions.

Basset Hound, with the right approach, is quite possible to train – he is understandable and obedient, gets along well with children, and is not aggressive towards people and other dogs. But you need to deal with a basset in a purposeful, systematic, and consistent manner, otherwise, it can become uncontrollable. 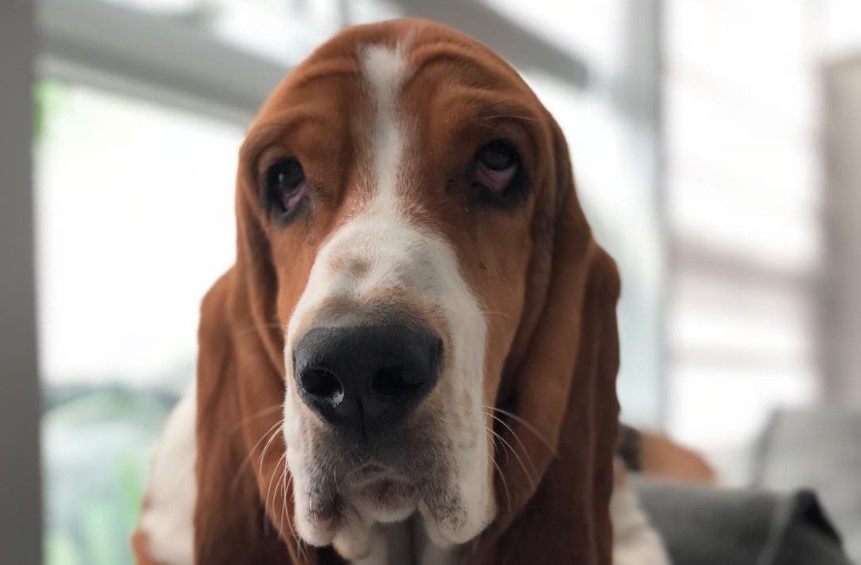 However, hunting instincts have not gone anywhere, and if the Basset Hound is left alone in an uncovered room or without a leash, he is quite capable of going in search of adventure. Another difficulty: when left alone, they often bark and howl.

Bassetts were originally used both for “quiet” hunting – searching for truffles, and for quite a “loud” – a corral of the game in dense bushes. Moreover, these dogs had a clear specialization: if they were taught to chase a wolf, they were not interested in the hare. Each dog followed its own trail and did not rush after the rest.

The ancestors of the Bassets are considered the Saint Huberts – the now extinct French hounds. Old cynological books describe two varieties of undersized hounds: artesian and Flemish. The artesian “gave birth to” the bassets. Flemings were mixed with terriers.

After the French Revolution, hunting became very popular. Moreover, hunting is on foot, since horses for many were an unaffordable luxury. And for this purpose, the bassets were perfect, for which you could easily keep up with a step.

In 1876, representatives of the breed came to England and, thanks to Sir Everett Milles, gained popularity. The popularizer himself had a passion for hunting, but hunting for the game was not the main goal. He was more attracted by the pursuit itself, and he considered the hunt a success, even if he returned empty-handed.

Sir Everett followed the advice of experienced breeders by crossing a stunted hound with a beagle. True, although a preliminary breed standard already existed, the description was so vague that all more or less suitable individuals were allowed for breeding.

The first official club of basset lovers appeared in 1928 in England. Soon, the breed began to cross with Bloodhounds – larger dogs. And there were dogs that were very different from the artesian basset.

Bloodhounds gave the Basset Hounds an exceptional scent, so even the British, who had previously considered this dog exclusively as a show dog, began to use it for hunting.

In 1880, the breed began to be registered in the United States. The Americans contributed to the selection – they crossed bassets and beagles. But the experiment was considered unsuccessful. After the First World War, they began to cross the English Basset Hounds, who were valued for their appearance, and the French Basset Hounds, who were distinguished by their hunting abilities. The result is a new, American Basset Hound.

The most striking appearance of modern Basset Hounds is the ears, which are the longest in comparison with other breeds.