Ainu (Hokkaido or Seta) is a hunting breed used as a guard and companion. It is the oldest breed of dog. The name was acquired from the inhabitants of the island of Hokkaido in Japan. The Ainu, as the people were called, bred a breed for hunting. The Ainu dog exhibits excellent hunting qualities. It’s hard to imagine, but three thousand years ago, dogs hunted bears without difficulty. It is believed that today’s Japanese dogs carry the selected qualities of this ancient breed. Ainu attracts attention with a noble article, colossal endurance, readily displayed when necessary.

In wartime, the Ainu faithfully served people, catching prisoners who miraculously left the walls of the prison. Despite the hard work of the dogs, the dogs began to be mercilessly exterminated immediately after the end of hostilities. As a result, a small number of representatives of the breed survived, transported to the imperial court for breeding. 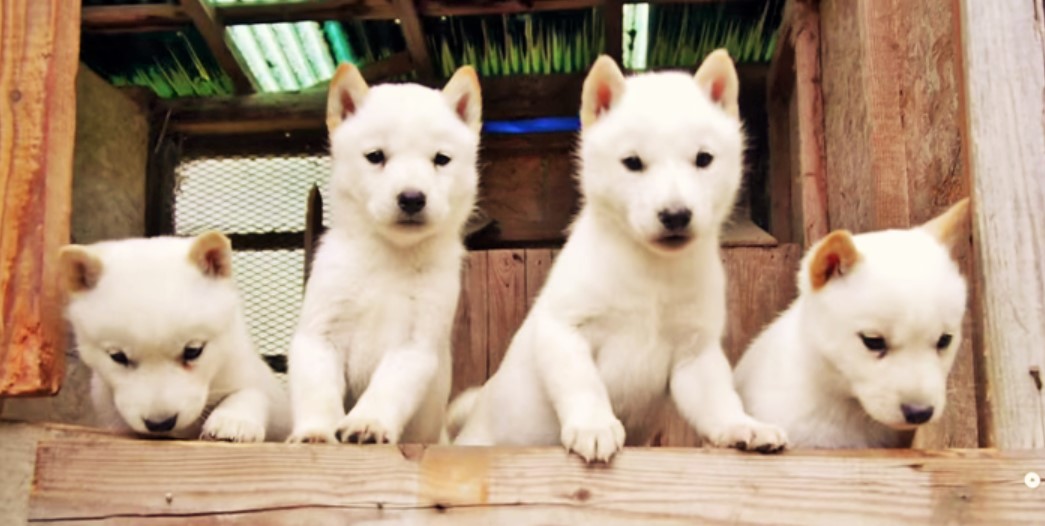 The breed of dog looks slightly offended due to the characteristic location of the nasolabial triangle. According to the description, the Ainu breed can be easily confused with the Akita Inu, the similarity is very tangible. But there is a clear difference, which is the gradual disappearance of the Ainu. There are very few of them in the world, unlike the Akita-Inu, there is a high risk of the complete disappearance of the legendary breed.

People ask why it is impossible to restore the population in other countries. The fact is that the Ainu is a national Japanese breed, the export of dogs is prosecuted by the laws of the land of the rising sun.

Ainu is a smart dog by nature. Regardless of the abilities of the watchman and the excellent hunter, the Ainu will not show a grin without a visible threat. Ainu does not bark for no reason, tries to stay alert at all times. A dog going straight ahead cannot be knocked off the target. The respect of the Ainu is hard to earn. Dogs of the breed are proud, although they love to play and soak up.

The unfamiliar terrain will not make it difficult for the Ainu. The dog has a high level of intelligence, you do not need to repeat it twice. It is capable of protecting a family in any area and in difficult weather conditions. The colossal endurance allows you to withstand truly high loads.

Despite a lot of positive traits, the Hokkaido dog is capable of experiencing outbursts of rage. Can become very angry at the appearance of a stranger or animal. The upbringing of the Ainu requires special diligence and literacy. You should not acquire a puppy of such a complex breed without the proper knowledge, experience, and patience. Each breed is endowed with differences and characteristics, the complexity in the character of the Ainu is called its highlight. You will need to closely monitor the behavior of the dog, especially at a young age: outbursts of rage are supposed to be eradicated from an early age.

The characteristics of the breed indicate a high sporting potential. The representative of the breed has a massive skeleton. 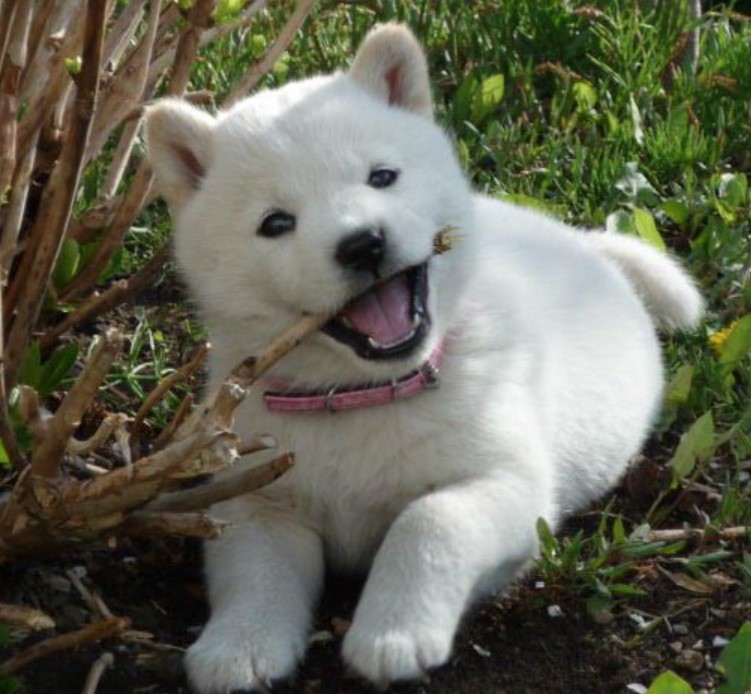 Keeping a dog in an apartment requires strict education from a young age. Only painstaking upbringing and endless rigor will allow the puppy to grow up as a calm and adequate family member. Ainu is an affectionate dog. Allocates a clear authority – its own masters. Without daily physical activity, it will not work to raise a healthy dog, the animal is called upon to actively develop its own muscles and test endurance. Ainu puppies require proper care. The wool is brushed at least once a week. It is recommended to wash the dog only when necessary. Frequent exposure to shampoos will noticeably reduce the natural layer of fat on the dog’s skin under the thick coat, and difficulties will appear in the form of year-round shedding.

Proper care of the Ainu assumes that the stately dog looks elegant and well-groomed. When purchasing a puppy, check with the breeder on how to care for the Ainu. Often, breeders of the breed present to newly-made owners of books, where aspects of care, maintenance, and upbringing are described in detail. The Ainu breed of dogs will not offend even a small family member, thanks to intelligence and a sense of responsibility and love for their owners.

After the acquisition, there is difficulty in how to feed the Ainu puppies. A puppy’s diet does not imply strict rules. Feed the dog in such a way that the dog has a stable constant weight. An adult dog reaches at least twenty kg. The body of the Ainu is difficult to endure jumps in weight, try to avoid this. Along with good nutrition, the dog must exercise daily. Ainu has been given tremendous muscle development throughout her life.

The diet contains dry food and liquid food. The dog’s intestines can easily digest even large bones, but you should not test the strength of the pet’s stomach. Let bones be present in the animal’s diet, but not in the daily diet. The dog is picky about food. It is supposed to feed at the set time. The bowl is removed between feedings. Such a regime disciplines the animal. 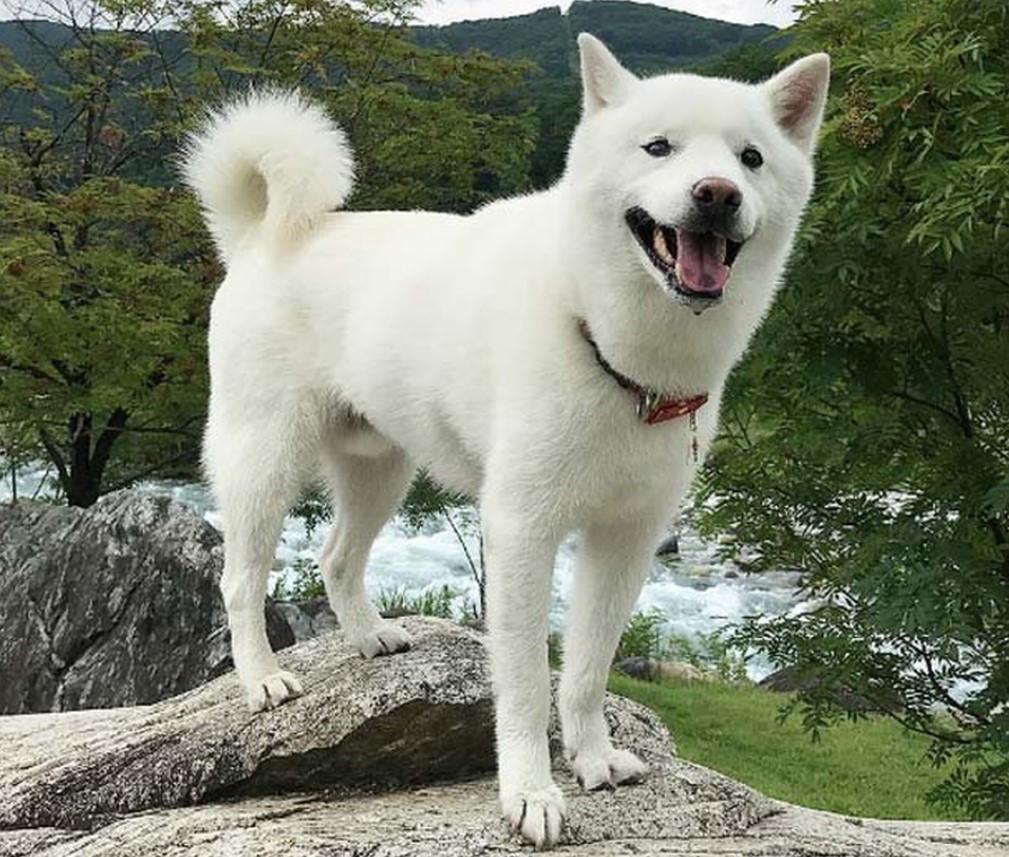 Nature has endowed the Ainu with colossal sports potential that requires development. You should not get a puppy if you do not have the desire or time for daily training. A walk of 15 minutes is not enough for the Ainu to warm up properly. The dog is obliged to run and exercise; it will be necessary to regularly take the pet to special training grounds for training the Ainu.

Ainu dogs are sociable and peaceful, becoming dull if not properly walked. It is better to choose a puppy in a kennel, where consultants will immediately answer your questions. Training is permissible from the age of six months. The sooner the owner identifies his own importance, the safer and more predictable the dog. Do not worry about children, the dog understands perfectly well that it is dealing with babies, it will never bite crumbs.

Ainu puppies are curious, eager to study the things lying around. You shouldn’t beat for the damaged property. The Ainu breed is extremely intelligent, a formidable tone is enough for the dog to understand the annoying mistake. Getting used to walking is not difficult.

Dogs of the breed are catastrophically few, it is difficult to buy a puppy. Often confused in appearance with the Akita Inu, but the temperament of the breeds reveals serious differences.