To communicate is to intentionally transmit and receive information. From this point of view, dogs rarely “talk”, unlike wolves.

Wolves are highly socialized creatures capable of cooperative (joint) activities, and the intentional exchange of information for them is extremely important for the coordination of this very activity. Dogs, in the process of domestication, have become very simplified: they have turned from predators into pickers and scavengers, have become less familial, they no longer feed offspring together, territorial behavior and territorial aggression have weakened. Communication and demonstrative behavior in dogs also appears to be more primitive than in wolves. So, according to the well-known wolf expert E. Zimen, out of 24 forms of wolf warning and defensive behavior in dogs, only 13 remained, out of 33 wolf mimic elements, dogs retained only 13, and out of 13 wolf forms of invitation to play, only 5. However, dogs acquired the ability to exchange information with people. It is believed that barking is adapted for this. 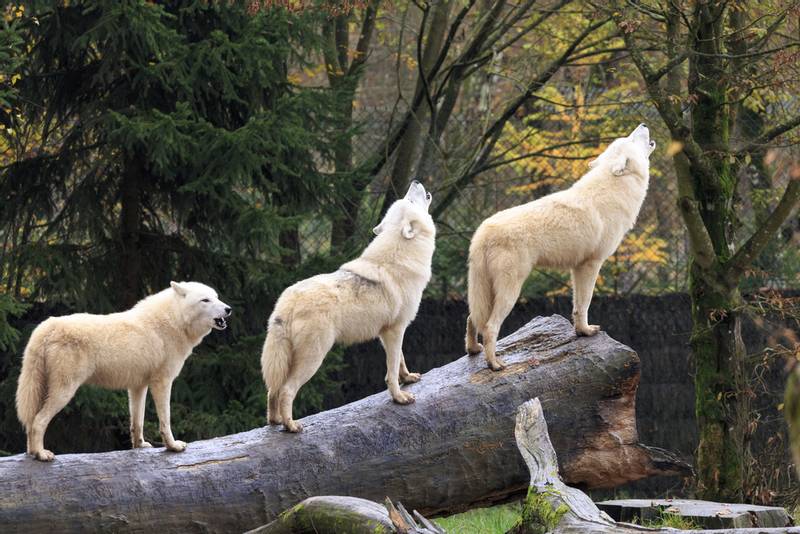 The “language” of animals can have two origins. On the one hand, these are genetically fixed mechanisms for the exchange of information. For example, the smell of a female ready to mate is recognized by the males without any training. Some positions of threat and reconciliation are so similar in different breeds of dogs that they are clearly inherited. But in highly socialized animals, some of the socially significant signals or their variants can be transmitted socially through imitation. It is possible that dogs have lost the “words” transmitted precisely through social learning since their mechanisms of succession are destroyed. If the cubs stay with their parents in the circle of related tribesmen up to 2–3 years old and can learn anything, then we remove the dogs from their natural environment at the age of 2–4 months and place them in the environment of interspecies communication “dog-human”. And obviously, a person is not able to train a dog correctly and with a sense to growl and hold the tail with a pistol.

Humans also reduced the dogs’ ability to “talk” to each other by changing their appearance. And the change in appearance either distorted the meaning of mimic and pantomimic signals or made it impossible to demonstrate them altogether. Some dogs have become very long, others very short, some have ears hanging, others – half hanging, some are very high, others are very low, some have very short muzzles, others are shamelessly elongated. Even with the help of tails, it is already difficult to convey unambiguously interpretable information. In some breeds of dogs, they are indecently long, in others, they are constantly rolled up in a steering wheel and lie on their backs, and in others, they do not have them at all. By and large, a dog to a dog is a foreigner. And talk here!

So, dogs still have the most basic and easy-to-read genetically determined mechanisms and signals to communicate with each other. However, their channels of information exchange remained the same as those given to them by the wolves: acoustic, visual, and olfactory.

Dogs make a lot of sounds. They bark, growl, grumble, whine, howl, squeal, squeak and puff. Recent studies have shown that dogs distinguish between the barking of familiar and unfamiliar dogs. They actively respond to the barking of other dogs, even when they do not see the barking ones. It is believed that the tonality and duration of the sounds emitted have a semantic meaning.

Since the number of information signals in dogs is small, context is of particular importance. For example, barking can be joyful, inviting, threatening, or warning of danger. The same goes for growls.

Through the visual channel of information exchange, mimic and pantomimic signals are transmitted.

Despite the fact that the mimic muscles in dogs are poorly developed, an attentive viewer can make out some grimaces. According to Stanley Koren, with the help of facial expressions of the mouth (the position of the dog’s lips, tongue, the size of the opening of the mouth, the area of ​​display of teeth and gums, the presence of wrinkles on the back of the nose) can be used to show irritation, dominance, aggression, fear, attention, interest and relaxation. The menacing dog grin is easily understood not only by dogs but also by representatives of other animal species, as well as humans.

Of the most common pantomimic signals in dogs, an invitation to play is clearly read: they fall on their front legs with a cheerful (as far as anatomy allows) muzzle expression. Almost all dogs understand this signal.

Given the difficulties in using mimic and pantomimic signals, dogs gave up on this matter and more often turn to the olfactory channel of information exchange. That is, right under the tail.

And how dogs love to write (stress on the letter “a”) on poles and fences! And they love to read written by other dogs no less. You will not delay, I know from my male dog.

In the scent under the tail and above the urinary tag, you can get information about gender, age, size, diet, readiness for marriage, physiological state, and health.

So, when your dog raises his hind leg at the next pillar, he does not just urinate, he informs the whole dog world: “He was here! Not neutered. Age 2 years. Height 53 cm. Healthy as a bull! Ready for love and defense! ”

And be patient, do not pull the dog when he reads a similar work from another dog. Everyone loves the latest news.