Most owners of French Bulldogs over time begin to worry about how old their pets live. The first year flies by unnoticed in excitement and troubles, and it already seems that the bulldog has become your friend and companion for your whole life.

But, unfortunately, nature has given dogs in general, and this breed in particular, not as long a lifespan as we would like. According to statistics, the maximum life span of French Bulldogs is 9-12 years. Only a small percentage of centenarians are 12 years old, and it is very rare to see a miniature bulldog over 15 years old. 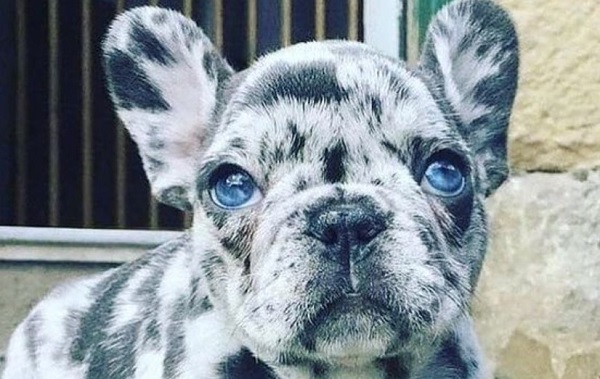 But do not despair, perhaps your pet will set a new record for life expectancy and live 18-20 years. It has long been proven that the smaller the height of the dog, the later it goes beyond the rainbow. It would seem that miniature Frenchmen should also live a long time, but this breed has many features that shorten its life by an average of 5 years compared to, for example, Chihuahua.

Firstly, this breed, although small, is still a bulldog, and the age of all bulldogs is short-lived. Secondly, most dogs with a short snout have respiratory and cardiovascular problems, which also affects their lifespan. Certain harm is caused by the propensity of bulldogs to obesity, disruption of the natural hormonal background, hereditary predisposition to the development of various diseases.

The risk of accidents cannot be ruled out, because the French are very cocky and fearlessly throw themselves at large dogs. Fights like these can end up badly for the French Bulldog. Knowing about these features is necessary not in order to be upset and mourn your bulldog in advance, but in order to prevent the influence of negative factors as much as possible and prolong the life of your pet.

What Does a French Bulldog Need for a Long Life?

Owners who are guided by truths such as “the dog knows what is good for it” and “heals like a dog” will never be able to enjoy the company of their pet for long. The researchers believe that proper care is the main influence on life expectancy.

Even with poor heredity, he is able to work wonders and increase the life of the dog. Like any artificially bred breed, the Frenchman will not be able to organize his feeding system on primitive instincts. If you leave the bulldog to himself, he will eat what is harmful to him, while in huge quantities.

Improper nutrition worsens the condition of all internal organs, affects the body’s resistance to diseases and the rate of recovery from them. An important factor shortening life is obesity, which occurs very quickly in French Bulldogs. Timely preparation of the correct diet is also of great importance.

In other words, if you took an adult bulldog at the age of 2-3 years and started feeding him the “right” food, and before that he ate whatever, then his health and life expectancy have already been dealt a crushing blow. It has been proven that life expectancy is longer inactive, cheerful dogs. But this does not mean that you need to tie your Frenchie to a bike and ride many kilometers of crossings with him.

The activity of the dog must be adequate for the breed. The Bulldog is not a fast-footed hound and not a frisky terrier; short walks with games at normal air temperatures are sufficient for him. If it is very hot or cold outside, then you do not need to endure a standard walking hour, it is better to play with your pet in the apartment. Scientists at the Royal Canin Research Center made an interesting observation: neutered and neutered animals live longer.

But this feature is not associated with physiological changes in the body. It’s just that dogs that have undergone such a procedure become calmer, do not run away from home in search of adventure, do not get into fights for the attention of the opposite sex, in general, their life is more measured. Therefore, if you are interested not inbreeding, but in extending the life of your pet, then you can take this fact into service.

According to veterinarians, good dental care extends a dog’s lifespan by 20%. Proper care means regular cleaning, timely examination by a veterinarian, getting rid of plaque and tartar, removing those teeth that cannot be cured.

As you can see, it is quite possible to extend the life of your pet, for this you only need your constant care and love. Remember that French people are very loyal creatures, and do not experience a change of ownership, discord in the host family, and other stresses. Therefore, take care not only of health, but also of the feelings of your pet, and then he will live a long and happy life in your family.