Taking a female dog into the house, the owner should be aware that at a certain moment she will begin to estrus. This process is natural and quite normal. The onset of estrus indicates that the dog is ready for mating with a dog and subsequent pregnancy. It occurs in all females, but it works slightly differently for each breed. Find out how things are with chihuahuas in heat.

When Do Chihuahuas Go Into Heat? 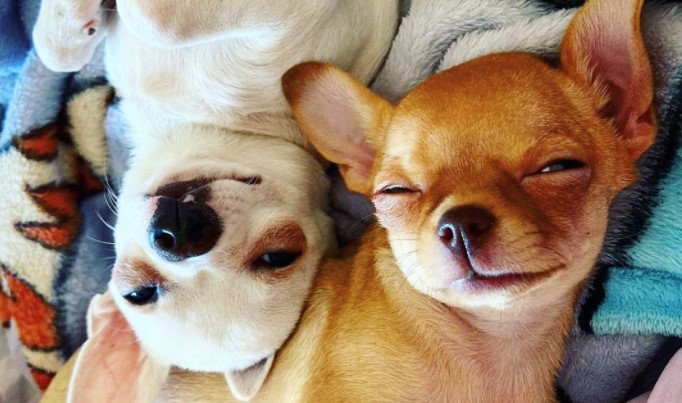 The first heat should start no earlier than 6 and no later than 9 months. There may be deviations from these norms, but not too sharp. So, in individuals that belong to the supermini species, estrus can begin after a year.

The fact that the first estrus and the beginning of the next cycle are close will be indicated by a change in the dog’s behavior and the presence of bleeding. Some dogs have swelling of the nipples and external genitals.

How Often Do Chihuahuas Go Into Heat?

Chihuahuas are in heat twice a year. However, for some, it may go away once every 12 months. There is no need to worry about this as dogs should not have more than one offspring per year.

Important! The more frequent frequency may indicate that the bitch has problems with the “female” health. Most often these are inflammations, hormonal disruptions, neoplasms. In this case, the pet must be shown to the doctor.

How Long Do Chihuahuas Bleed in Heat?

During the onset of estrus, the Chihuahua becomes irritable, does not allow males to come to her. By the middle of the process, she becomes more inclined to communicate with the opposite sex. This period is considered optimal for conception.

The total cycle time is 21 days. Allocations begin to appear already at the first stage. The dog becomes ready for mating in the period from 8 to 13 days. These days you can introduce your darling to your boyfriend and create a “romantic” atmosphere for them. In the period from 13 to 21 days, the active phase of the cycle ends. If the dog was unable to get pregnant, repetition should be expected after six months or a year.

How to Care for a Chihuahua During Estrus?

The first thing to do is purchase special hygienic panties. They will avoid surface contamination. It is also worth keeping an eye on the dog while it is outside. Do not let the males near her and let her off the leash for free-range. In addition, such a gentle creature as a Chihuahua must be protected from drafts and cold. Some especially voracious ladies need to be put on a diet. During the beginning of the cycle, they will be able to gain extra grams.

Important! Long-haired individuals are recommended to cut their hair a little in the area of the external genital organs. This will make it easier for the dog to take hygienic self-care.