It would seem that everyone knows how many fingers a person should have. And even a baby knows that there are five fingers on both hands and on both feet. But this is only normal because in nature there are also such anatomical abnormalities as polydactyly (when the fingers on one or several limbs are more than normal, for example, 7 instead of the usual 5) and ectrodactyly (when there are less than 5 fingers on the hand or foot, for example, only 3). Well, with the number of fingers on human limbs it is now clear. How many fingers does a cat have?

Contents hide
1 Number of Fingers on the Cat’s Paws
2 Polydactyly in Cats (from the Greek: poly = many, daktulos = fingers)
3 What to Do if a Cat has Polydactyly?
4 A little About Ectrodactyly in Cats

Number of Fingers on the Cat’s Paws 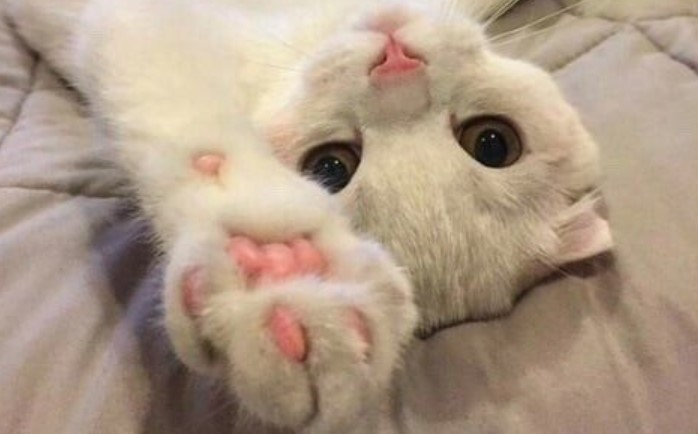 To begin, find out how many fingers in the cat on the front legs should be fine. Here baleen pets are not much different from their owners: each of their front limbs usually has 5 fingers, like people on their hands. That is, there are only 10 toes on both front legs. At the same time, the fifth toe on the front leg, which is located higher and at a distance from the other four, is used by animals mainly for climbing trees and descending from a height; the rest of the time it is inactive.

Polydactyly in Cats (from the Greek: poly = many, daktulos = fingers)

We have already mentioned above that there are situations when there are more than 5 fingers on the limbs of a person. Such an anomaly is called polydactyly. Moreover, for example, on the other hand, there may be both fully developed extra fingers and rudimentary, defective ones. Polydactyly also occurs in cats, when one, two, three, or all four limbs have extra fingers on one, two, three, or all four limbs at once (even if the animal has at least one more finger than it should be normal, we can safely talk about polydactyly). By the way, unlike people who have multiple fingers with the same frequency both on the hands and on the feet, cats most often have additional fingers only on the front legs.

What are the causes of multi-finger in animals? It’s all about heredity: if either a cat or a cat has a polydactyly gene, then with a high degree of probability (50%) at least one of their joint kittens will have extra fingers.

How many toes can a cat with polydactyly have? Usually 6 or 7, rarely 8. Recall that additional toes can be present on one foot or on all four. The maximum total number of fingers in a polylactic cat was recorded back in 1974: the animal had as many as 32 fingers instead of the usual 18!

In the old days, if the cat’s fingers were above the norm, people treated this fact differently:

What to Do if a Cat has Polydactyly?

Surely every owner who spots an extra finger on his cat will want to find out if polydactyly is dangerous. We hasten to reassure: in the overwhelming majority of cases, additional fingers do not interfere and even help the animal:

It can be noted that polydactic cats look cute and funny due to their non-standard large paws. But it also happens that the adventitious fingers cause harm and pain to the cats. The incorrect formation of the fingers sometimes leads to the ingrowth of the claw into the soft flesh of the foot. It also happens that the extra fingers are too long, so that when walking, the animal constantly injures them, cannot walk or run fully. And in some situations in animals with polydactyly, the joints and bones of the extremities suffer. Therefore, if the anomaly brings inconvenience, it is better to remove extra fingers for kittens at an early age. Or at least you should not be too lazy and get advice from a veterinarian on this matter. But still, in most cases, polydactic cats are absolutely healthy pets. And they don’t need any treatment.

A little About Ectrodactyly in Cats

We talked about polydactyly. Can animals suffer from ectrodactyly? Unfortunately, yes, they can. But fortunately for the owners, such an ailment in cats is very rare. With ectrodactyly, the fingers are less than normal and look unusual, and the cat’s foot is like a claw. With such a problem, animals experience great problems with motor activity, they cannot walk and run, climb and land properly. And if earlier the way out of the situation was the only amputation of an abnormally constructed limb, now there is hope for saving the animal from such a radical intervention. In any case, ectrodactyly in dogs in our country has already begun to be corrected surgically, by trimming the front or hind paw as correctly as possible so that the animal can move normally.