Four-legged friends are real water rats, some don’t even know about that. Basically, all dogs can swim, even water-shy specimens, whether good or bad, that is an open question. Admittedly, it is also quite scary when suddenly the ground disappears from under your feet. However, the article reveals how even suspicious four-legged friends can learn to swim.

Contents hide
1 The Essentials in Brief
2 First Contact Between Dog and Water
3 Water Shy Dogs
4 Instructions: Teaching Dogs to Swim
4.1 Is the water clean?
4.2 Get the dog used to the water.
4.3 Build trust and be patient.
5 In Nature: Where Can the Dog Swim?
5.1 Wet dog: towel and reward
6 Dog: Taking Away the Fear of Water 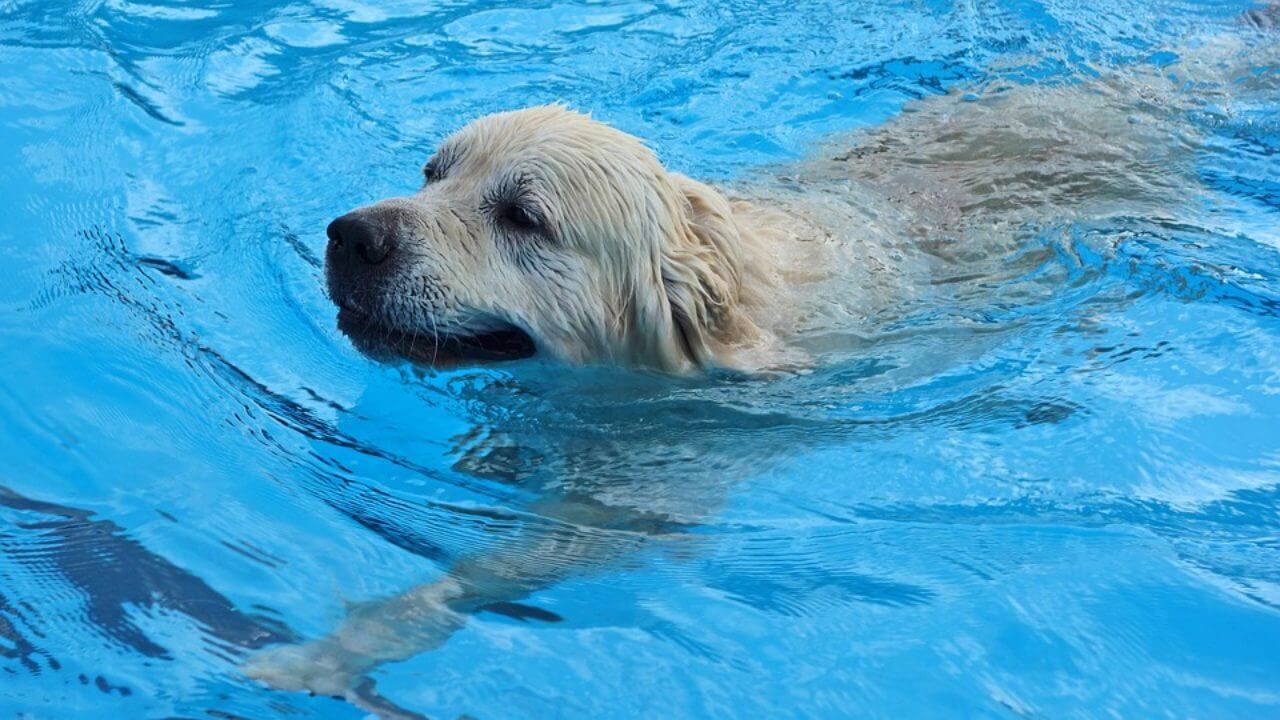 Uncontrolled paddling, wild rowing, and a heaving upper body – this or something like that looks like the first attempts at swimming by many dogs. Most four-legged friends do not like it at all when they can no longer feel the ground beneath their feet. They are particularly afraid of the deep water. No wonder, because we weren’t the best swimmers from the start either.

Anyone who visits a beach with their dog for the first time walks by the lake or hikes by the river, observes the behavior of the four-legged friend. This makes it easy to see whether initial contact with the unknown element has already taken place. Or alternatively, whether the water is completely alien to him. Most dogs love it and are really happy when they take a cool bath during the warm season. However, not everyone is enthusiastic about it. Some are even really afraid of the cool water and are one of the water-shy dog breeds.

Among the four-legged friends, there is one of the other breeds that is generally considered to be afraid of water. This includes:

Bulldogs are also bad swimmers. This is due to her short legs. But exceptions are known to confirm the rule, maybe you have a very swimming-happy pug at home.

If the fur nose is still quite young, it is often easier to get him used to the water. As a rule, a favorite toy that flies towards the water or animation by other members of the same species is sufficient. Your four-legged friend is already splashing around with fun in the cool water. If the dog does not want to bathe and does not allow himself to be tricked, the master and mistress have to come up with something else. The following tips support this:

Is the water clean?

First of all, dog owners make sure that the water is clean. The best place is a place where other members of the same species go swimming regularly. Here the four-legged friend can move safely and at the same time learn something from the others.

Get the dog used to the water.

Slowly get your four-legged friend used to the unknown. For example, lead him to the water several times on a leash and back again. Always go a little deeper with him so that he does not notice the progress at first. A lot of praise is important. You are also welcome to combine this with a treat here and there.

The most important thing when training your dog to swim is trust. When masters have fear, doubts, and concerns, the four-legged friend will feel it. Show him that you believe in him and that he can do it.

Build trust and be patient.

Another important ingredient is patience. When learning to swim, it is advisable not to put pressure on yourself or your dog. On the contrary, dog owners have to be very patient here. Not every dog ​​is ready to plunge into the water after ten minutes. If you force your four-legged friend to do something that is actually enjoyable, you create pressure. This leads to counter pressure and the animal stands sideways.

Positive feelings and good experiences are key to gradually learning to swim a dog. A pet that has had a bad experience will inevitably associate it with swimming. This means situations in which the dog is simply thrown into deep water. After that, he will never again voluntarily go into the water.

In Nature: Where Can the Dog Swim?

If you want to teach dogs to swim, you have to choose a suitable body of water beforehand. Not everyone is equally suitable.

Dog owners also never let their animals out of their sight while swimming so that they can intervene as quickly as possible.

Anyone who has worked so hard will first receive a reward after bathing. It is also important that the four-legged friend is rubbed off with a towel, especially in cooler temperatures. In hot weather, it is always important to take sufficient breaks in the shade after bathing. Dog owners who go to the sea with their four-legged friends make sure that they don’t drink too much saltwater. In swimming, as with humans, this can happen from time to time. Too much of it, however, has a laxative effect.

Dog: Taking Away the Fear of Water

If the swimming lesson does not work, it may be because the four-legged friend is too afraid of water. We, therefore, recommend the following measures to relieve the fur nose of this fear: