There are more than four thousand species of worms on Earth. But such a representative of invertebrates as Megascolides australis is of particular interest since it is the largest inhabitant of the soil depths. Just imagine – this species reaches a length of 4 meters and a body diameter of about three centimeters. If you look at this miracle from afar, you might think that it is a snake. 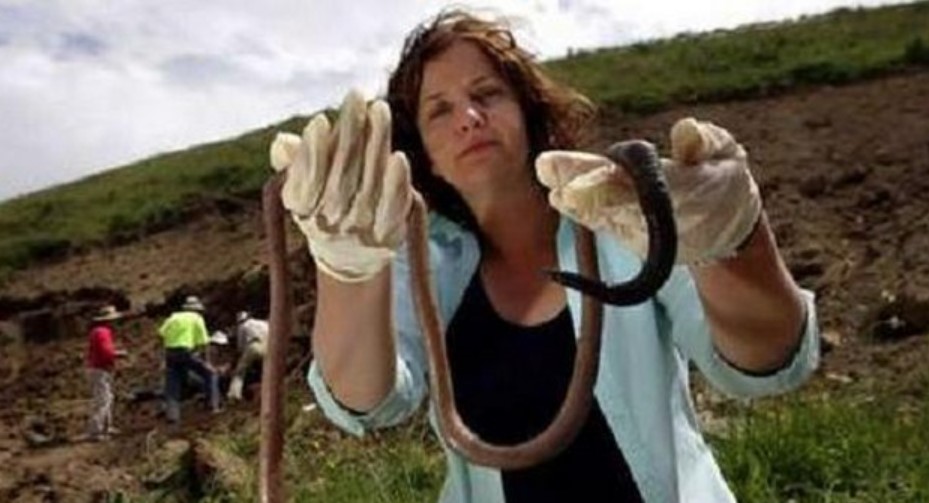 These mutants live exclusively in Australia, so to admire them you will have to visit this continent, namely the hilly area in Southwest Gippsland. The lifetime of these worms is about 10 years. Of course, if they are not used by some extreme fisherman for bait on his huge hook.

Megascolides australis reproduce during the most romantic time of the year – in spring and summer. Despite the fact that worms are hermaphrodites, they still need a pair to reproduce. (Hermaphrodites are individuals with both male and female reproductive systems). The worms lay eggs, and they create cocoons for them themselves.

These mutants make a dwelling for themselves exclusively by their own efforts – their burrows reach 2 meters in length, and the animals are looking for places to create a dwelling so that they are very wet. The worms’ burrows are covered with a sticky secret that helps them move at high enough speeds while making an interesting gurgling sound.

The aborigines of Australia call these worms “karmai” and even hold a festival of the same name in honor of these invertebrates. Also, the karmai are under the protection of the state.