In the north of Tanzania, there is one of the most beautiful and at the same time scary places – Lake Natron. With its color and lethality, it most of all resembles hell. The lake got its name due to the content in it of a large amount of the mineral Natron. It makes these waters so beautiful and dangerous at the same time. Looking at this photo, it’s hard to believe that at times this lake looks quite ordinary.

But when the evaporation of water leads to a significant increase in the alkalinity of Natron, some types of bacteria are activated, the vital activity of which stains the lake in a blood-red color. 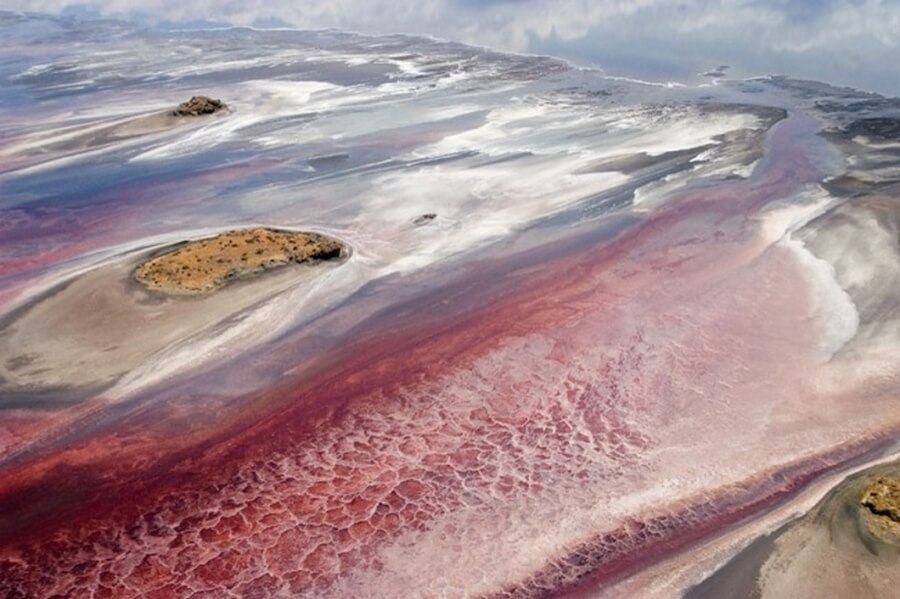 Only a few species of animals live in the lake, including a unique fish species called “alkaline tilapia”. In addition, rare lesser flamingos live here, for which it is one of the few breeding grounds. 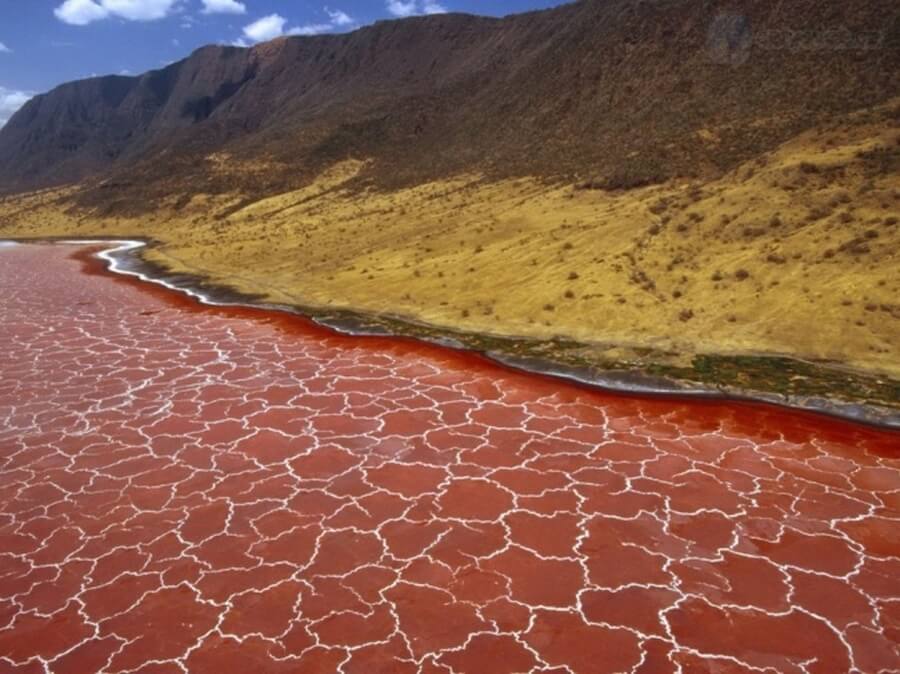 The waters of the lake reliably protect flamingos from predators during the mating season, so millions of these birds fly here to nest, but this is still a rather dangerous event – flamingos build their nests on the islets of salt that surround the deadly waters of the lake. 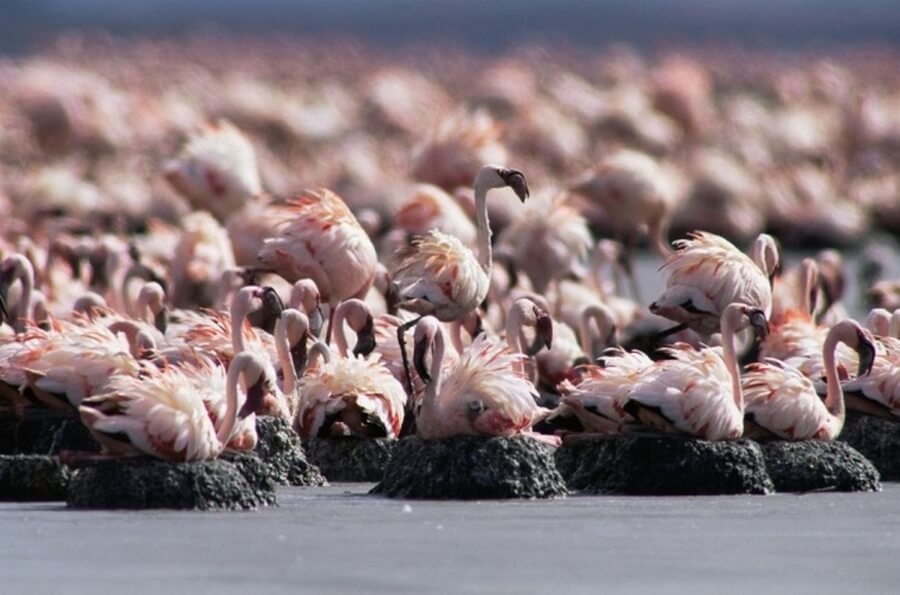 The alkalinity of the lake reaches extreme levels, and the water temperature is 60 ° C, so animals (mainly birds), getting into the lake, immediately die, and their remains are covered with mineral substances and harden, turning into stone sculptures. 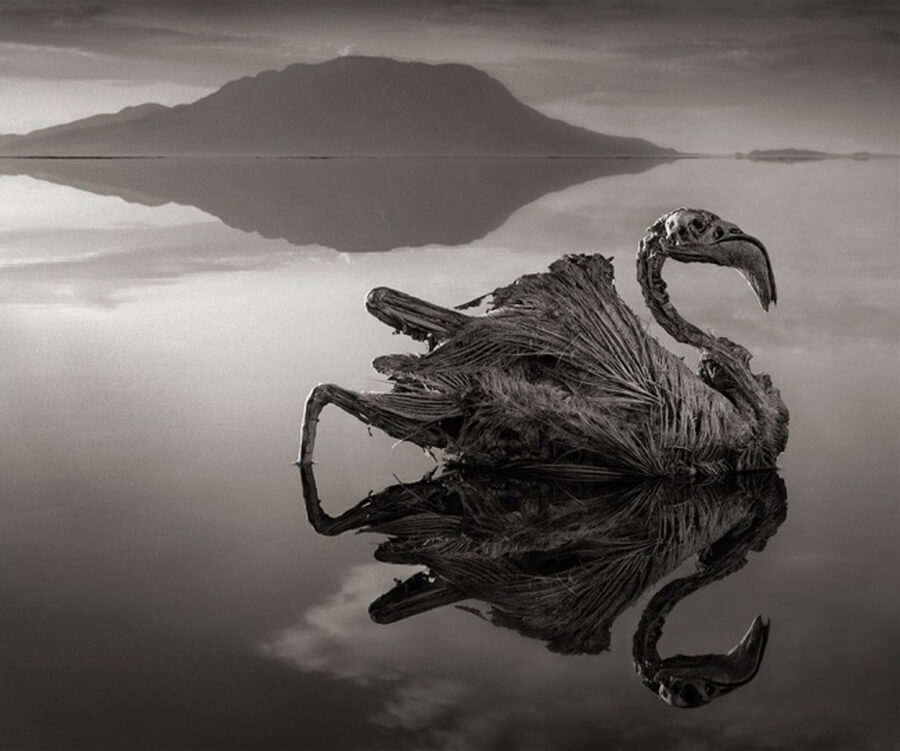 For the first time, the unique “ability” of Natron to kill animals and turn them into statues was discovered by photographer Nick Brandt during his next trip to Africa. He made a reportage, arranging the remains as if these birds and bats were alive, which made his footage look like a scene from a horror movie. 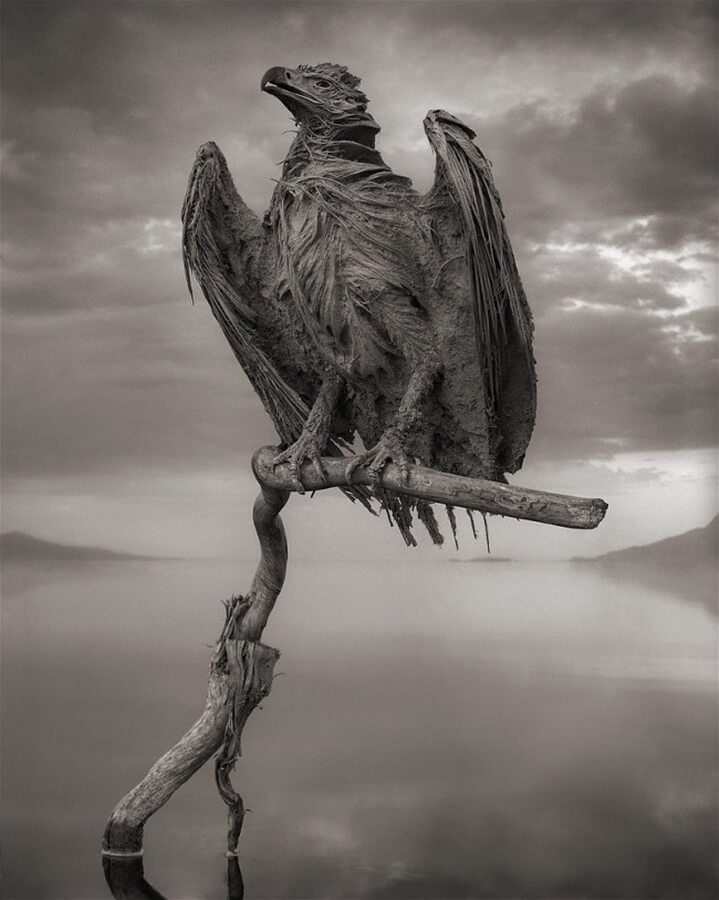 “I couldn’t help but photograph them,” he says. 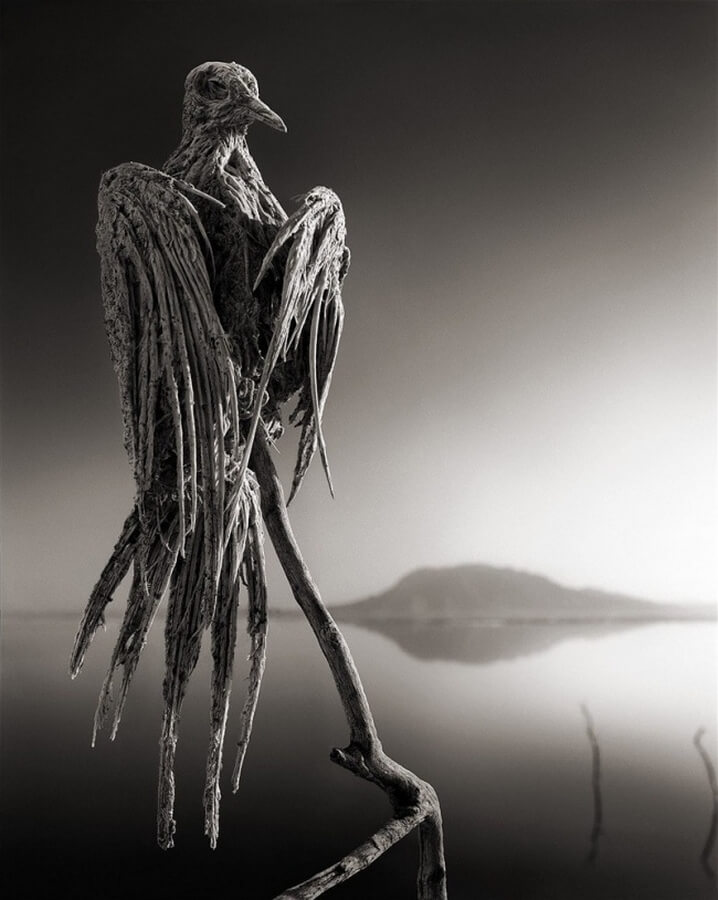 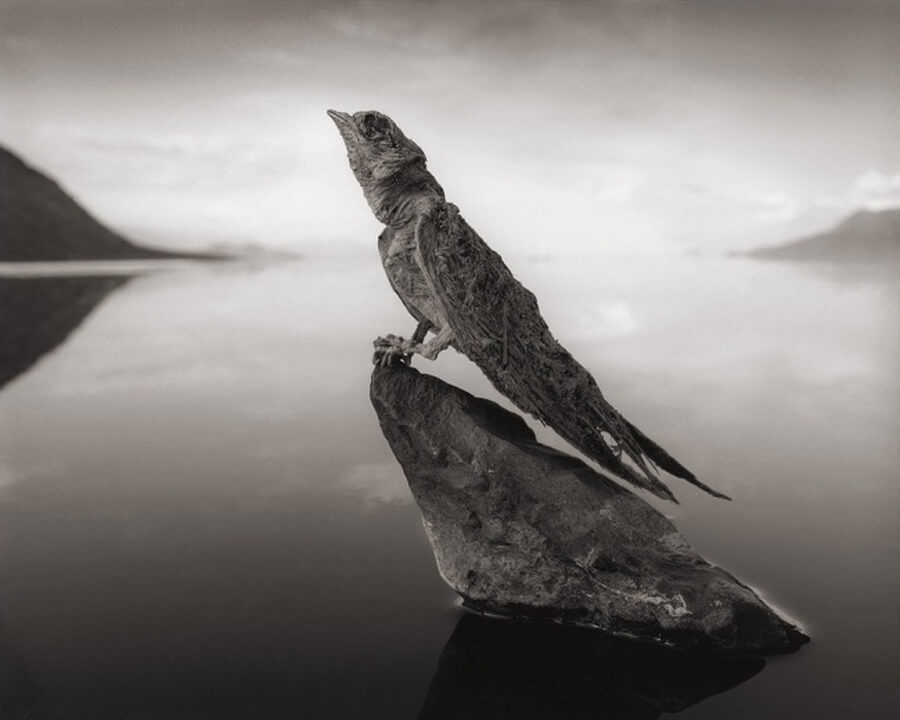