The wolf is a serious animal, a dangerous predator, which many deserve to be afraid of.
However, in 2003, an incredible story happened to Alaska resident Nick Jans and his dog – they both met a wolf and … made friends with him. 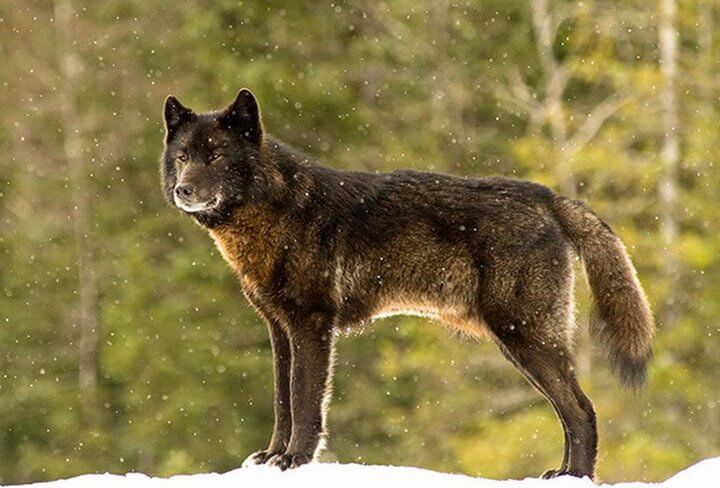 Jans was in the backyard of his house when the wolf showed up. His dog, despite the obvious excitement, rushed towards the intruder. 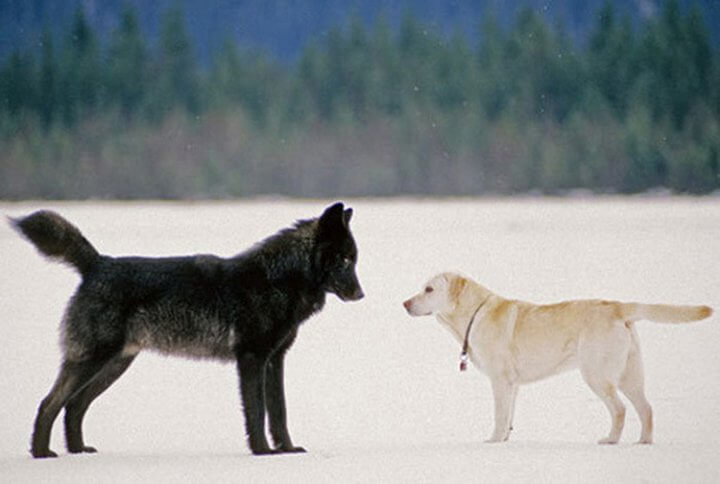 Incredibly, the dog and the wolf started … playing with each other! The man managed to capture this amazing scene. 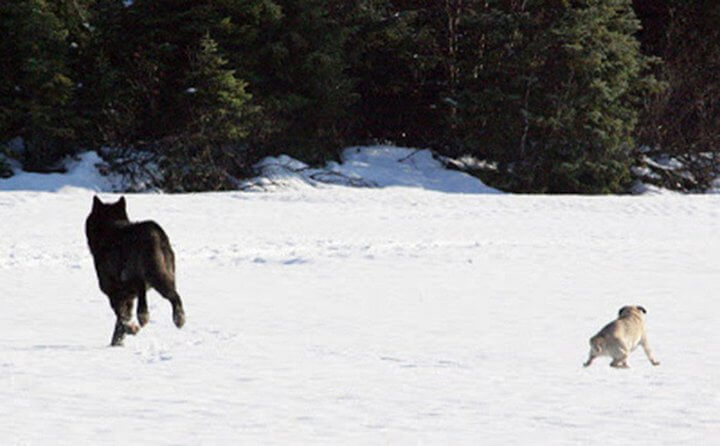 Since then, the wolf, who was given the name Romeo, began to periodically appear in the courtyard of Jans and play with the Labrador. 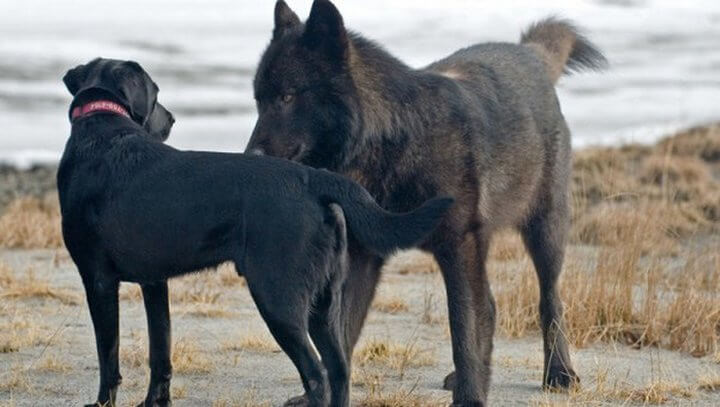 Romeo became a faithful friend of the dog and enjoyed playing with the surrounding dogs too. 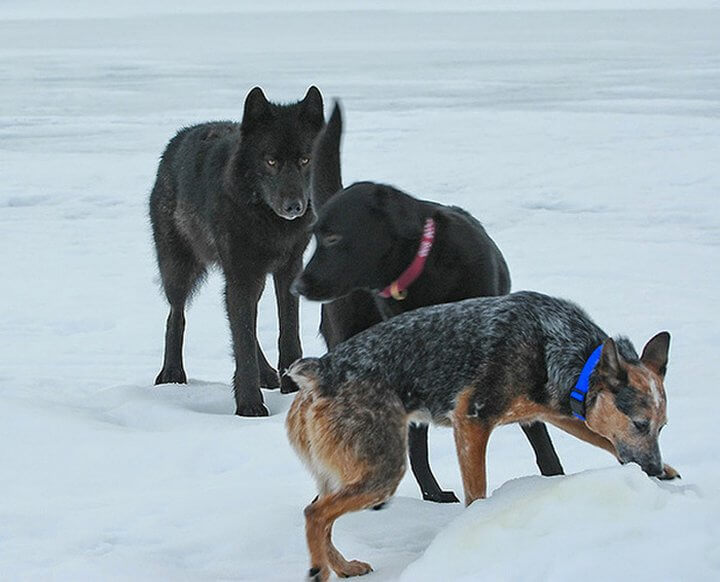 The locals were terribly scared at first, but soon they all got used to the fact that Romeo just resorted to playing. 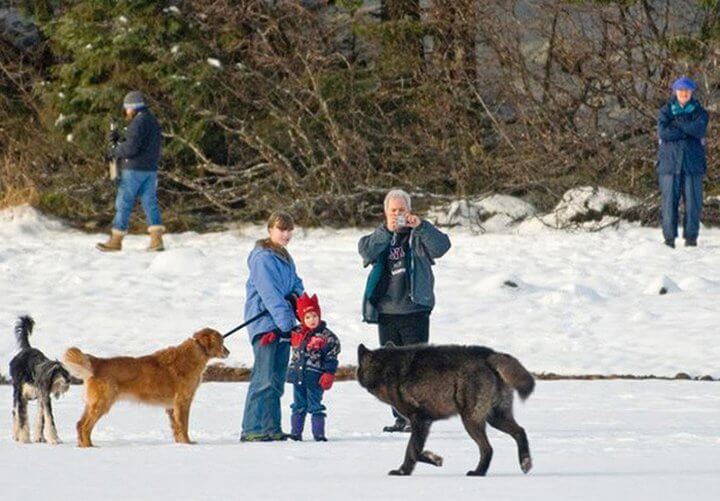 “Romeo played not only with dogs but also with people. He gladly brought toys that he once hid. One day he brought my friend Harry a styrofoam float, ”says Jans,“ he acted just like a pet dog. ” 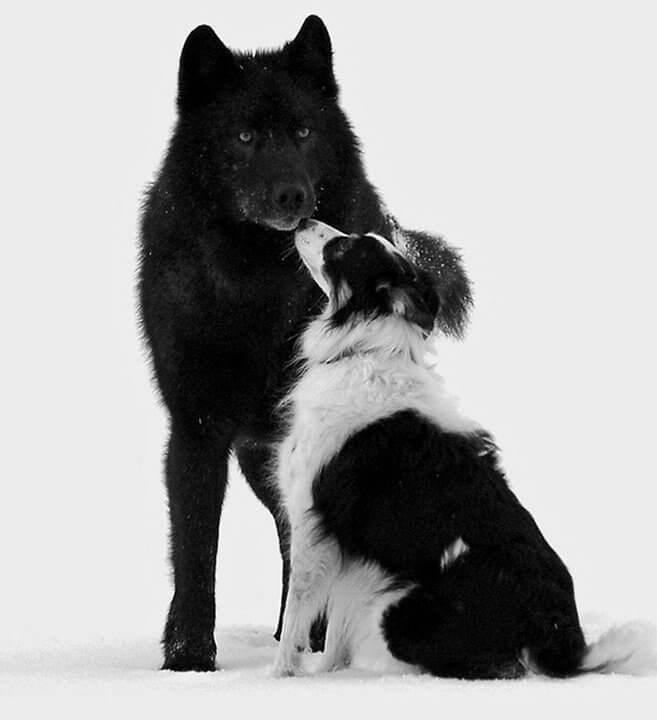 “Romeo had amazing thinking and understanding. It was not just wolf understanding and tolerance. It was something similar to the understanding that both a man and a domestic dog are capable of. ” 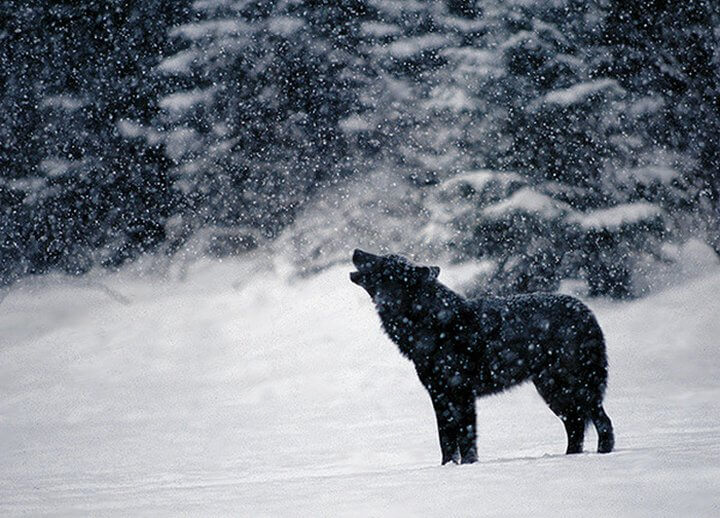 Romeo lived side by side with the locals for over 6 years, becoming the “wildlife ambassador” to the human world and a powerful symbol of friendliness and understanding.

When Romeo died in 2010, the villagers made and installed a memorial plaque in his honor. 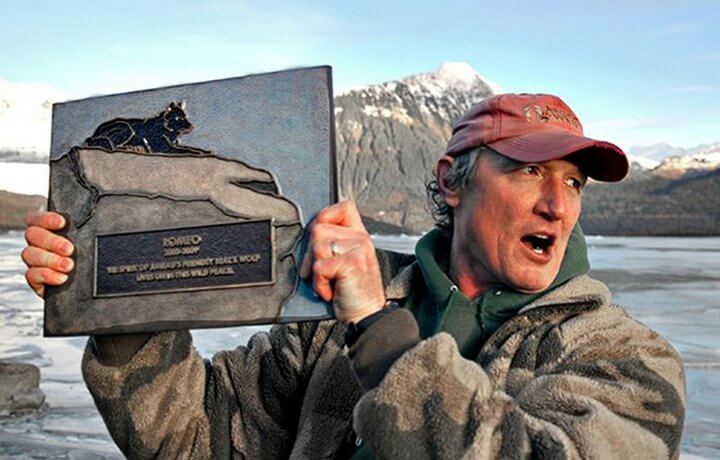 It’s so inspiring to see how three different species have learned to live peacefully and in harmony. This story proves once again how amazing and wonderful the world can be.