The Irish Setter is a popular dog breed all over the world, whose representatives have established themselves as excellent hunters, reliable companions, and loyal friends. They are beautiful and agile, have a lively mind, trainable, and also get along well with children, which makes Setters an excellent choice not only for hunters, but also for families looking for a fun, active, and outgoing friend.

The breed appeared long before the adoption of the first standard in 1886 and until that time no systematic records were kept. Presumably, the blood of such ancestors flows in the veins of the “Irish” as:

The first mention of the breed dates back to around the 18th century. They are about a breeder named Maurice O’Connor, who has rented vast grounds to train his “red dogs with traces of white.”

Important! Until the 19th century, Red and White-Red Setters were considered one breed, but after the introduction of the standards, they were allocated to different breeds.

The Irish Setters were first exhibited in 1859. This and subsequent shows have played a significant role in the development of the breed. Since that time, the genealogical lines are more or less clearly traced. 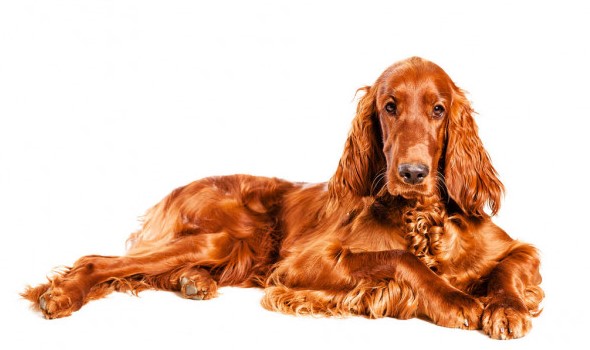 The Irish Setter is a medium-sized dog of luxurious red-red color, proportionally built with a dry and strong constitution, tall at the legs. The standard describes the exterior of the breed as follows:

The coat is of medium length, not too coarse, straight. On the head and front of the legs, it is slightly shorter than on the body, and behind the ears, on the chest, tail, and back of the legs – longer and thicker. The Irish Setter is a deep reddish-brown to luxurious coppery reddish. Allowed: 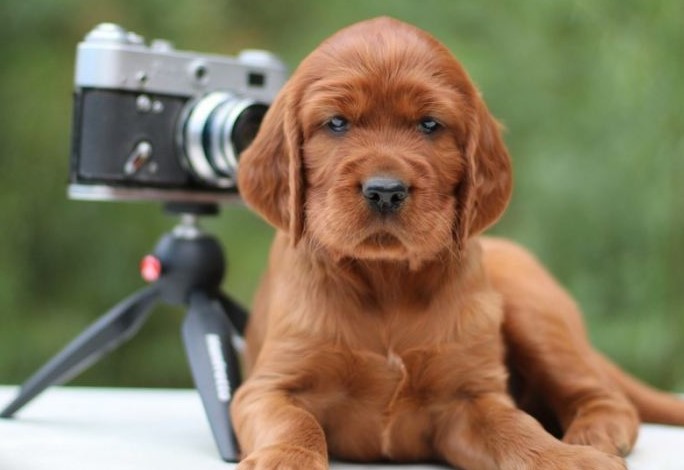 The Irish Setter is a lively, energetic, sweet, independent, and very good-natured dog. As a rule, their good nature extends not only to all family members, but also to strangers, and therefore, the Setter cannot be considered even as a potential guard. But he gets along well with children and other animals.

With children, these dogs get along well, they are always patient with pranks of even the smallest child, and with older ones they are ready to walk all day. A well-bred dog values ​​the owner’s disposition very much and will try to do everything so as not to upset him.

But there are also some peculiarities in the character of the Irish Setter that you should know about before the dog appears in your home. Being a hunting dog, all Setters are very restless by nature and will require a lot of attention from the owner and long active walks. If the dog’s need for physical activity and emotional release during active play is not satisfied, the animal can become withdrawn, disobedient, and even aggressive. Some representatives of the breed, obeying hunting instincts, tend to “chase” cats. A small puppy will most likely get along with a cat without any problems, while it is not always possible to make friends with an adult Setter with a kitten. 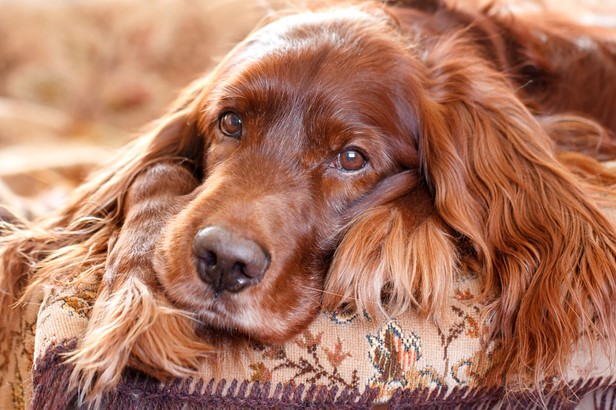 The Irish Setter will feel best in a country house with a spacious yard, but it will easily adapt to city life if the owner can provide him with sufficient physical activity. The Setter is not at all suitable for living in a small apartment or small house, but all because of its energy and activity. Those people who are not ready for long walks, jogging, and do not have a lot of free time that the dog will need to share should not even think about such a dog. Taking care of the Irish Setter isn’t too difficult, but it should be regular. Which involves:

Most often, the coat gets tangled behind the ears, on the belly, and on the paws. Trimming or model haircuts are not provided by the standard. 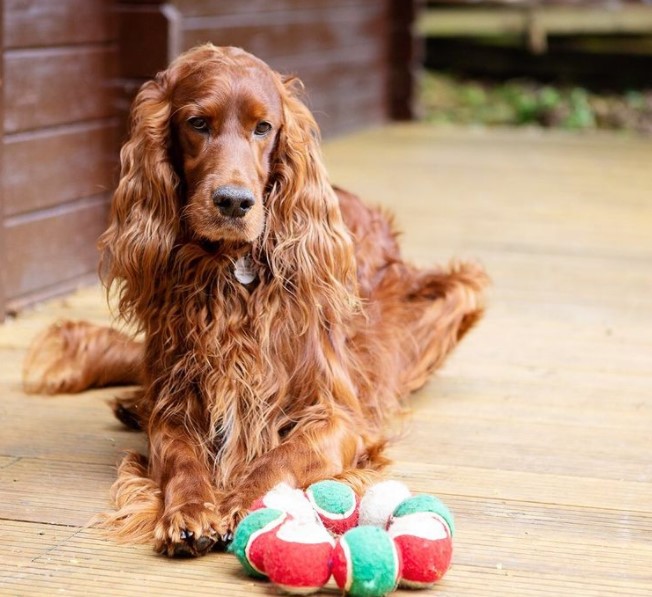 In general, the breed is quite healthy, but some weaknesses are still noted. Irish Setters are susceptible to toxins and cholesterol. Deafness increases the risk of developing otitis media. Often, in representatives of the breed, spontaneous intestinal obstruction, flatulence, or volvulus are recorded, so it is important for owners to know all the measures to prevent this disease. There are also hip dysplasia, epilepsy, cancer, and eye diseases. Very rarely, overgrowth of the ear canal at the age of active growth, congenital deafness, or blindness is noted. Life expectancy is 12-15 years.