Beautiful flowers, tasty fruits, and healing powers: the passionflower has a good reputation. But the versatile plant not only has good sides, but it can also be dangerous for the dog. In this article, you will find out which parts of the plant are poisonous and how your fur nose benefits from the calming effect of the passionflower.

What are Passionflowers and Where Do They Appear? 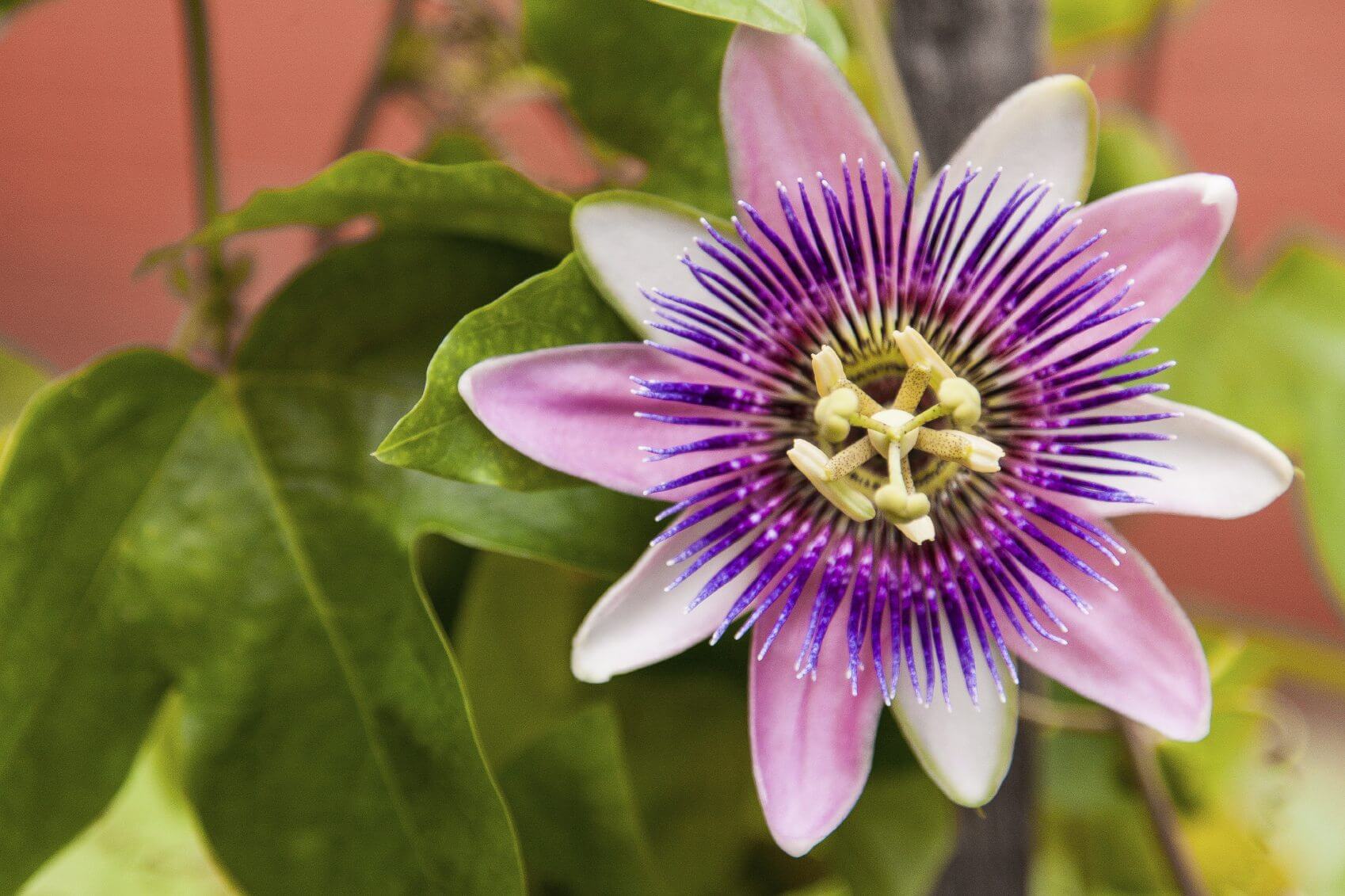 The passionflower (Passiflora incarnata) is a climbing shrub with long-stemmed flowers that can be colored from white to red to purple. The flowering time of the plant is from July to September. The passionflower is native to the entire American continent but has also found its way to us in Germany.

Because of its striking flowers, the Passiflora is particularly popular as a decorative garden and ornamental plant. In addition, the passionflower is a traditional remedy in naturopathy and homeopathy. Other passionflower plants, on the other hand, are known for their tasty fruits, especially the passion fruit (Passiflora edulis).

Is Passion Flower Poisonous to Dogs?

In total there are over 500 different species of Passiflora, some of which are poisonous to dogs and others are non-toxic or even edible. Basically, you should be careful when dealing with dogs with the passionflower. Most varieties have a high content of hydrogen cyanide and are therefore harmful to dogs.

The poisonous hydrocyanic acid is mainly contained in the leaves of the passionflower. The consumption of hydrogen cyanide leads to poisoning symptoms such as nausea, vomiting, circulatory problems, and cramps in dogs. The passionflower as an ornamental plant in the apartment, house, or garden is therefore strongly discouraged in the dog household. If your dog has eaten passionflower and is showing abnormalities, see a veterinarian.

What is the Effect of Passionflower on Dogs?

Passionflower is a traditional natural remedy that is used not only in humans but also in dogs for calming down.

Passiflora is considered to relieve tension and calm nerves.

If your dog suffers from nervousness and restlessness, the passionflower extract can help your four-legged friend to become more calm and serene.

Uses of Passion Flower as a Remedy

Dosage: How Do You Use Passionflower in Dogs?

Since the passionflower is poisonous to dogs if used incorrectly, you should not attempt to dose yourself. Instead, use ready-made foods or supplements and follow the dosage instructions, which are usually based on the dog’s weight. As a dietary supplement for dogs, passionflower is contained in various products.

Passionflower capsules can soothe stressed dogs and should be given as a cure over several weeks. Other forms of administration are Bach flowers or herbal mixtures for dogs. The passionflower essence contained in it contributes alone or in combination with other natural active ingredients to calmer and serenity of the dog. If you are unsure whether passionflower is right for your dog, talk to your veterinarian before using it.