Hello friend, would you like to hear the tale of a dragon living on a distant, distant island? There are no wandering knights or princesses on this island. But the dragon is the most real. And the fairy tale itself will be from the repertoire of the Brothers Grimm, you love to tickle your nerves.

So, we will talk about the dragon, that is, sorry, about the monitor lizard from the island of Komodo – Komodo Dragon. 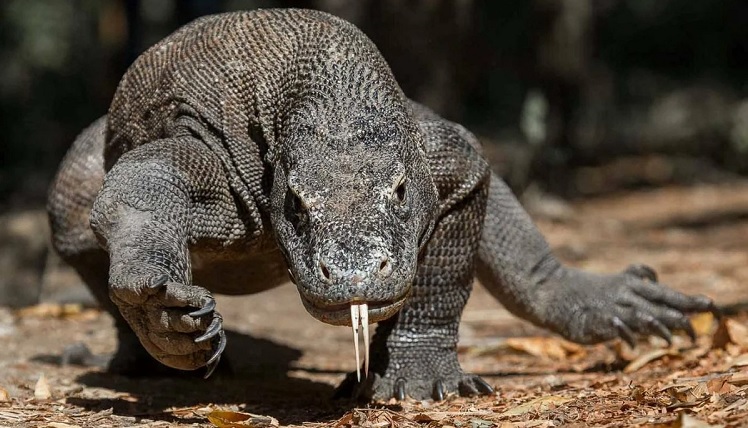 Well, to be precise, at the moment, in addition to Komodo, our hero lives on several other Indonesian islands, and it is surprising that with his “technical characteristics” someone else lives on these islands besides him.

The Komodo monitor lizard ( Komodo Dragon ) is a real monster. The largest of the lizards currently living on Earth – up to 3 and a half meters in length, up to 130 kilograms of weight. Thank you, fire does not spew and does not sleep on gold, although who knows, these reptilians.

In addition, the monitor lizard is a fragment of the oldest Australian megafauna, happily extinct in the Pleistocene. Yes, you heard right, Australian. And the author still remembers where Indonesia is. It’s just that tens of millions of years ago the Earth was shaken back and forth, the land was replaced by water, and vice versa. As a result of one of the “ebb tides” of the Ice Age, curious Australian monitor lizards decided to walk along with the opened land and see who to eat there. About 900 thousand years ago, the water rose again, forming the islands of present-day Indonesia, where the monitor lizards were safely stuck. Geographical quirks saved the species from human extermination.

Varan is an apex predator. He was made to kill. Moreover, our hero does this quite cruelly, with love and passion for the cause, so to speak. Let’s look at the arsenal. Well, the dimensions are already clear. It also has a powerful tail that easily breaks the prey’s limbs. Teeth are sharpened to pull out the shreds of flesh, claws evaporate everything they can reach, incredible strength, speed, endurance, and immunity, in short – a killing machine.

The monitor lizard runs, climbs, swims, jumps, but, to everyone’s happiness, at least does not fly. And… the cherry on the cake of the abilities of this cute little animal is poison. Not like snakes, but it can cause dizziness or paralysis in the victim, not to mention sepsis. Recent studies suggest that monitor lizards’ venom was not developed for hunting, but for better digestion of prey.

The monitor lizard eats all living things, but the size of the prey varies depending on the age of the lizard, in increasing order: from frogs, snakes, turtles, rodents, and other small fries to deer, wild boars, and even buffaloes. In large prey, the monitor lizard bites the tendons on the legs, immobilizes, and dines, not always waiting until the dinner finally dies. A charming creature, isn’t it? Also, when there is nothing at all, the monitor lizards, without bothering, eat each other. Well, there must be at least one of them, in fact!

Breeding in monitor lizards is still more fun. In addition to traditional sexual acts, with bloody battles and direct intercourse, our guests have mastered parthenogenesis, that is, the immaculate conception. The female lays eggs unfertilized by the male, from which small monitor lizards hatch safely (according to the laws of genetics, only males).

In fact, the monitor lizard certainly has vulnerabilities. Like any predator, the main one is the food supply. Fewer forests – fewer ungulates – fewer monitor lizards. Well, the man did his best, although here it is even hard to reproach him for this – it is difficult not to shoot when a giant lizard jumps out of the bushes at you. 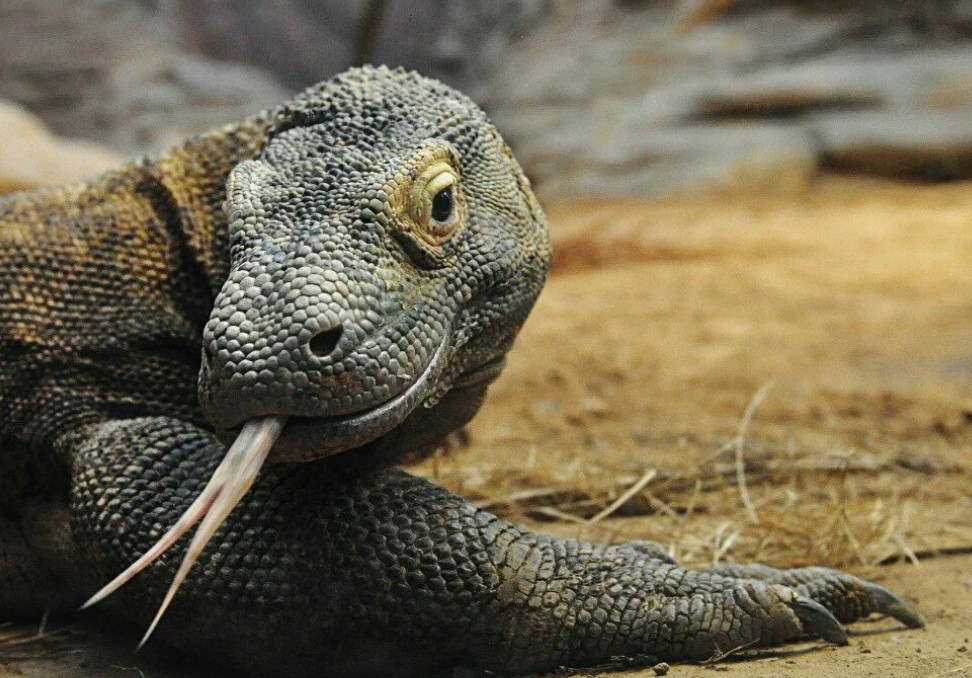 All this led to the fact that the number of monitor lizards on all the islands of their habitat decently decreased. Now the species thrives in reserves, where tourists are taken with great care and reservations. Monitor lizards never mind diversifying their diet. Only 1 case of killing and eating a person by a Komodo dragon has been documented, but local residents of semi-wild villages claim that dragons regularly kill at least one stray aborigine per year.

Pets are another story altogether. If our ancestors chased wolves, then the locals of Indonesia have to monitor all day so that a cow, goat, or dog is not dragged away by a damn dragon. Fortunately, one carcass of a pet for a reptile is enough for a month.

So, the tale comes to an end, the dragon remained to live on his island, had children and grandchildren, lives and makes good, and it is better not to meddle in the dragon’s lair for wandering knights and princesses, as usual.