Increasingly, scientists are able to record a more highly developed behavior in animals than was commonly believed. The cases of the use of primitive tools of labor by dolphins, monkeys, and crows are so well known. But now there is data on the use of water by stingrays to obtain prey, and the use of coconut shells by octopuses, which they carry with them to hide from enemies.
There were also reports of fish splitting shells using aids. But for a long time, it was not possible to document this process. 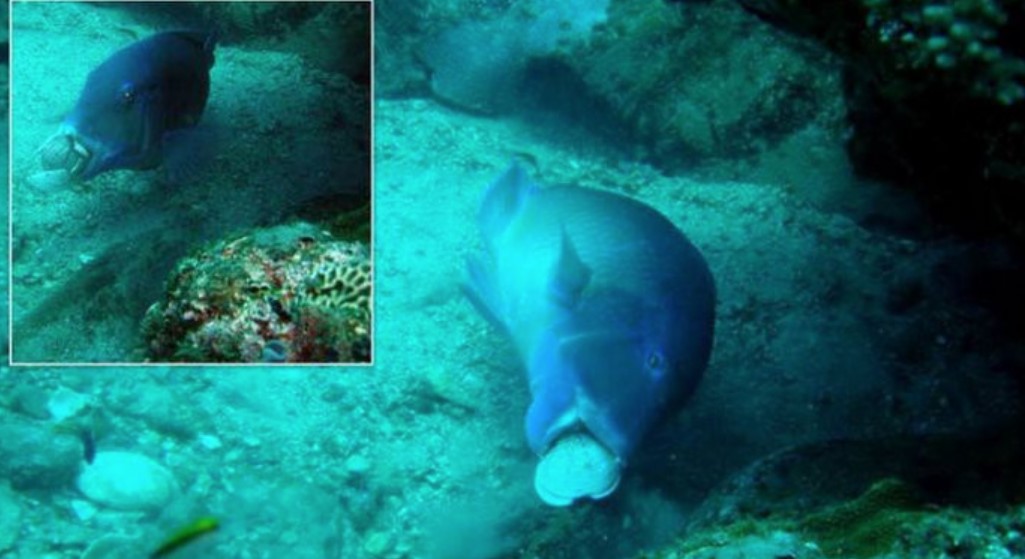 But in 2006, experienced diver Scott Gardner heard a crackling sound after a swim in the Great Barrier Reef. He was interested in the sound and Steve noticed a fish that was splitting a shell. The diver had a camera in his hands, and he captured the whole process.

Later it was found out that Gardner was spying on the actions of Choerodon Schoenleinii. A fish 30 cm long took a shell in its mouth and threw it on the stones. She did this several times until the shell gave in. After that, the inhabitant of the Great Barrier Reef swam up to his victim, took it in his mouth, gnawed, and spat out the debris. Quite a lot of this same debris has accumulated in that place. This allowed scientists to conclude that this is not the first time fish have used this method of foraging.
It is much more difficult for fish to break shells in water, so this is a really high-tech way of catching shellfish for these conditions.