By looking for, selecting, and crossing individuals with the most unusual traits, breeders have received a huge number of variations of goldfish. At the same time, not only color and size were subject to change. They also touched the shape of the body, fins, such as scales. A special group was made up of goldfish with unusual neoplasms on the body. It is about one of these breeds – the lion head – that will be discussed in our article.

Lionhead Goldfish is a short-bodied breeding form of goldfish, a distinctive feature of which is the absence of a dorsal fin and a large raspberry-like growth on the head resembling a lion’s mane.

Lionheads are descended from other goldfish – orand. But if the latter have only a “cap”, then the epithelial outgrowth in lion heads covers almost the entire head like a helmet. With strong development, it can even close the eyes of the fish. 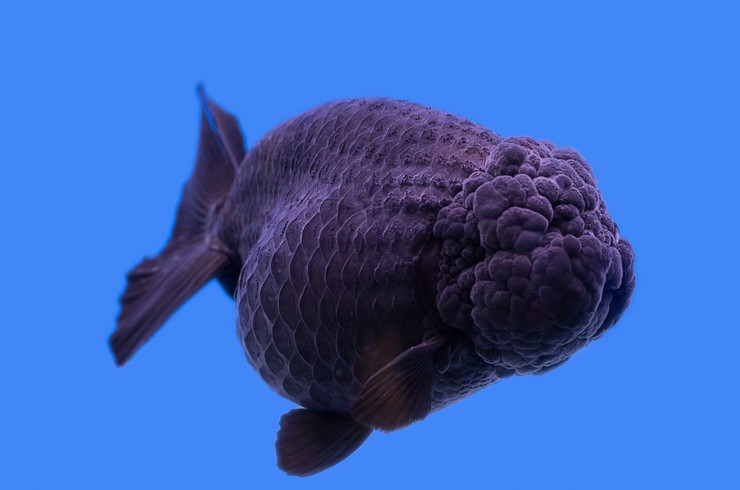 Lionhead goldfish has an ovoid body, with a strongly convex abdomen. The dorsal fin is absent; the caudal fin is most often double and small. The scales are large. The average size of fish in an aquarium is 13 cm.

A large epithelial growth, shaped like a raspberry, develops on the head and gill covers. It is soft and velvety to the touch. 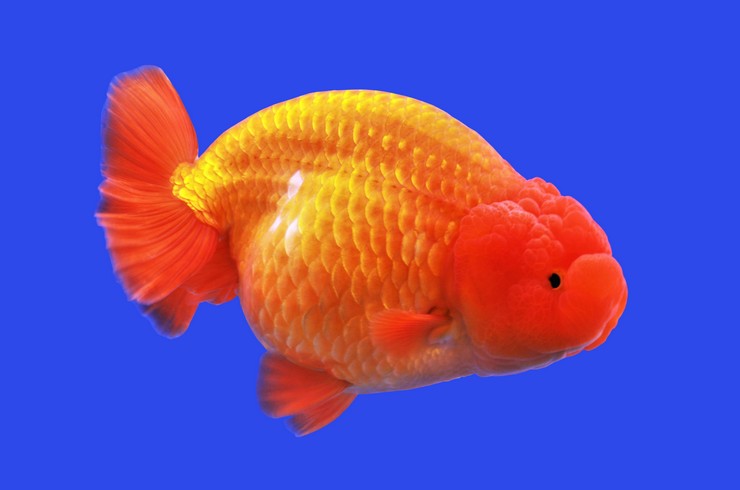 The color of lion heads can be very diverse: red, orange, blue, chocolate, as well as combined, for example, red and white.

It will not work to meet the lion head goldfish in the wild. This is the fruit of many years of labor of breeders in the selection and consolidation of unusual, and for some, very strange mutations. Little remains of the appearance of the ancestor (goldfish) in modern goldfish.

When choosing an aquarium for a lion head, it should be borne in mind that at least 50 liters should fall on one individual. A properly selected volume of the aquarium will ensure the good growth of fish and reduce the likelihood of their death due to poisoning with their own waste products. You can keep the lion’s head in groups or singly.

It is advisable to place coarse sand or pebbles at the bottom of the aquarium. They will be less scattered by lion heads who like to dig up the ground. Particular attention should be paid to the selection of decorations. They should not have sharp edges, otherwise, the fish may injure themselves, especially their fatty cap.

Live plants are generally not used in Lionshead aquariums. Fish can eat delicate greens, dig up some species. The most resistant to the onslaught of lion heads will be Anubias, Vallisneria, Cryptocoryne, Saggitaria, Elodea, as well as popular ferns. 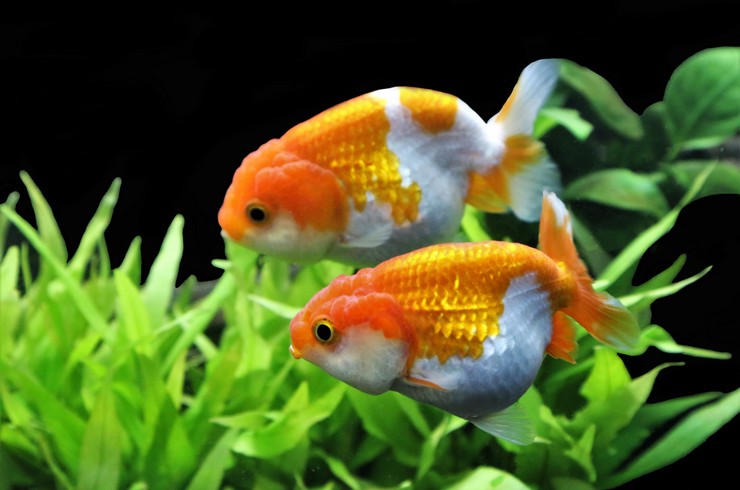 High water quality is one of the main factors that ensure the comfortable existence of lion heads. The aquarium must be equipped with a high-performance filter and a good aeration system. But lion heads do not like excessively warm water, so a thermostat may not be needed. Lighting should be chosen based on your preferences. Fish feel equally good in bright and dim light.

To prevent hazardous metabolic products from accumulating in the water, you should replace it with fresh water every week in the amount of 20% of the volume of the aquarium. It should be noted that tap water is unsuitable for fish life and often contains a number of hazardous compounds, such as chlorine and heavy metals. Therefore, it is very important to prepare it with Tetra Goldfish AquaSafe before adding it to the aquarium. It instantly binds dangerous compounds and saturates the water with useful vitamins and protective colloids.

The best option for keeping lionhead goldfish is a species aquarium. But this does not at all exclude (with a sufficient volume of the aquarium, of course) the possibility of adding other fish to them. 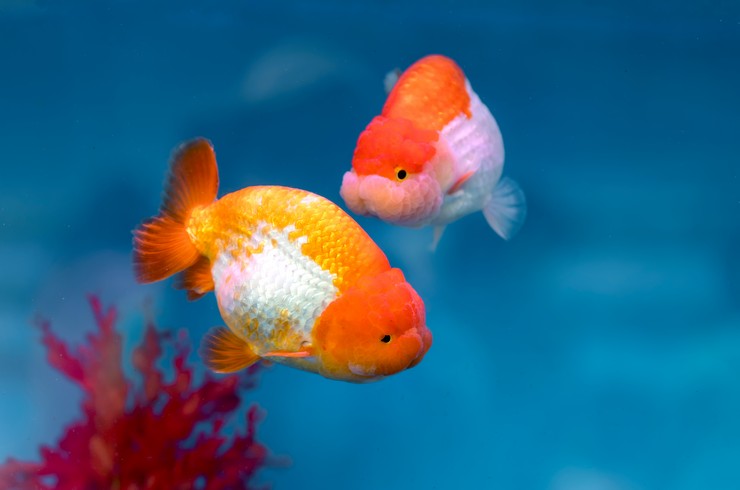 More active, long-bodied breeds may not be the best choice. After all, they are distinguished by increased activity, and sluggish lion heads will not be able to compete with them for food.

Most tropical species are not suitable for keeping with goldfish due to the large difference in comfort temperatures.

The key to health and long life for lionhead goldfish is proper feeding. Goldfish by the type of digestion are herbivorous, their diet should include a large amount of vegetable fiber. If you feed the fish exclusively with animal products (popular live and frozen food – bloodworms, brine shrimp, etc.), then sooner or later they will have problems with digestion.

Especially for lovers of goldfish, Tetra has developed a whole line of food created to meet all the nutritional needs of these pets – Tetra Goldfish. They are created from high-quality components, include a large number of herbal components, as well as a complex of vitamins for health and long life. The components of the feed are absorbed by the fish as fully as possible, which minimizes the amount of fish waste, and therefore, the water stays clean for a longer period.