Until 1935, dogs with long hair were discarded, but the situation changed after the International Show of the World Championship held in Germany in 1935, where long-haired Weimaraners were presented, which received universal recognition.

In the same year, long-haired dogs began to be registered in herd books thanks to the German Weimaraner Club, and additions were made to the Breed Standard about another type of coat. Since then, attempts to eradicate long-haired dogs have been abandoned.

However, despite worldwide recognition, long-haired Weimaraners are less common than short-haired ones, and this is due to the fact that dogs with long hair are born less often. In Russia, according to information for 2012, there were only two such dogs, the largest number of registered long-haired Weimaraners in England, Germany, Australia, but in the United States, long hair is considered a disadvantage, and only short-haired dogs are officially recognized in this country. 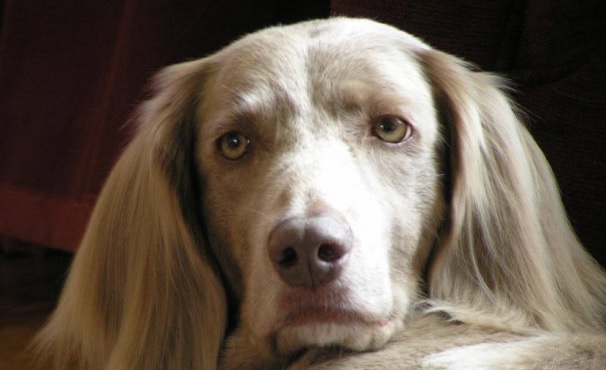 Long-haired Weimaraners have a soft, silky coat that does not tend to tangle. The outer hair is smooth and slightly wavy, up to 3-5 cm long. But long hair is characteristic only for certain parts of the body. So long hair is present on the underside of the neck, chest, abdomen, back of the forelimbs. Feathers are present on the hind legs, but hair length in these places decreases closer to the metatarsus. The hair on the tail is long, forming a “flag”. On the head, the hair is short, and on the ears, the long hair alternates with the short one, forming a fringe. The undercoat is soft, may or may not be present.

Only silver-gray or mouse colors are officially recognized, as well as the transitions between these two shades. However, in addition to gray Weimaraners, there are dogs with other colors, for example, chocolate, blue.

The long coat provides protection from the cold and the soft undercoat is water-repellent. Thanks to this, long-haired Weimaraners can hunt in cold and damp weather. 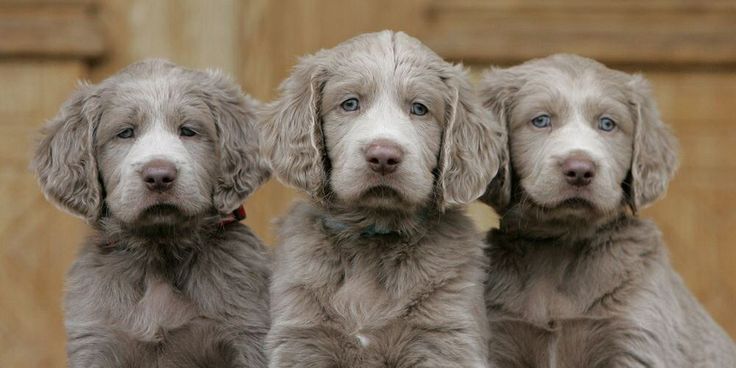 The gene for long hair (LH) is simple recessive, while short hair is dominant, and if the puppy does not inherit the recessive gene from the parents, then in the future the offspring will not have long hair.

Short-haired male and female, not carrying the LH gene:  all puppies are shorthaired;

Short-haired male and female, with one of the partners carrying the LH gene: all puppies are shorthaired and approximately 25% of puppies will carry the LH gene;

Long-haired male and female: all puppies are long-haired.

How to Take Care of Long-Haired Weimaraner? 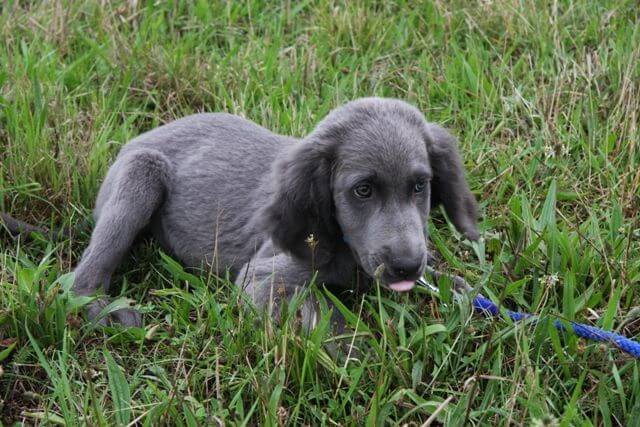 The grooming of the long Weimaraner coat is minimal. The coat is not prone to tangling, the shedding is the same as that of the short-haired.

Long-haired Weimaraners have the same hunter temperament and traits as short-haired dogs. There is one Standard for the breed, in which the differences relate only to the type of coat.