When we speak of “cats”, gender often doesn’t matter: we lump male and female animals together. But sometimes – when naming or in cat breeding – it is important to take a closer look: Do we have a male cat or a female cat in front of us? This is difficult for laypeople to recognize, especially in young and castrated cats.

Contents hide
1 Kittens: How Do I Know the Gender?
1.1 When can the gender of kittens be recognized?
1.2 The shape of the genitals of both female cats and male cats
2 Gender Differences in Adult Cats
2.1 Are male or female cats better?
2.2 Other gender characteristics: head, stature and coat colors

Kittens: How Do I Know the Gender? 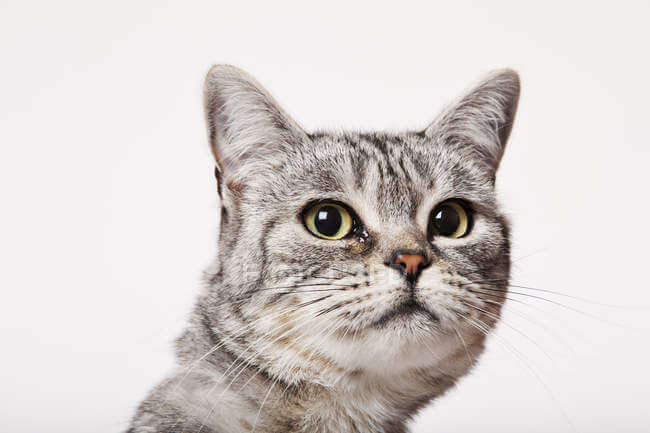 Kitties are fluffy, cute, and easy to fall in love with. But at the latest when it comes to naming the kitten, the question arises: Who is a male cat, who is a female cat? How to determine the gender of kittens:

When can the gender of kittens be recognized?

Determining the gender of small cats is not easy for laypeople – even veterinarians are sometimes wrong in the first few weeks of a kitten’s life. Our tip: Take your time before you inspect the offspring more closely with regard to their sexual characteristics! Because in the first days and weeks you should not separate the mother cat and her cubs. You should look under their tail when the minis are one month old at the earliest. The longer you wait, the more clearly you can determine the gender later. Separate the mother and kitten by just a few minutes. By the way: some colors give clues about gender from the first day of life – more on that later.

Both male and female kittens have two openings: the anus and underneath the genitals. In female animals these are arranged more like an “i”: a small point, underneath is an elongated slit, the sheath. In male animals, it is reminiscent of a colon “:” – two openings one below the other. In some males, you can already guess the testicles in the form of a small bump. However, in kittens, these are often still in the inguinal canal and cannot be seen. Therefore, this characteristic is not reliable at the age of a few weeks.

In adult animals, especially when they have been neutered, it is not always easy to see who we are looking at. Here are some tips:

Are male or female cats better?

Some owners report that cats are “bitchier”, while males – provided they are neutered – are peaceful clumsy dogs. It has not been proven whether there is any truth behind this cliché. The fact is that uncastrated males tend to stray and become less attached to their humans. With the rays of the first spring sun, male cats like to say goodbye to the week-long stalking of cats in the heat. They are also more aggressive and restless than castrated animals and usually mark their surroundings with the strongly-smelling male cat urine. Cats in heat also show typical behavior: They roll around on the floor, meowing, and also tend to run away. A castration therefore not only serves general animal welfare aspects but also makes life easier for female cats and male cats – and less dangerous.

On the basis of body structure and coat, male cats and female cats cannot always be clearly distinguished from one another. Uncastrated male cats who strut through the garden with their tails raised are an exception: the testicles are often clearly visible in them. A broadhead combined with a muscular build also suggests that you have a male cat ahead of you. This “male cat head” often develops late, if at all, so that neutered animals do not develop it. There are also a few female cats with broadheads. The head size is therefore not a clear characteristic and rather serves first guesswork. If the animal has been neutered, you have to look more closely anyway – in other words: at the gender openings – in order to be able to clearly determine the gender.

In some “coats” the color tells us with a high probability whether we have a tomcat or a cat in front of us. For example, the so-called “lucky cats”, tortoiseshell cats that have black and red spots, are almost always female. Because black and red are each on an X chromosome and only females have two of them. Only a genetic defect allows motley cats.

But the males are often reserved for the bright red: red velvet paws are almost always tomcats. However, if both parents are red – whole or spotted – they can have red female offspring.