Like many small dogs, the cute Maltese is one of the absolute cuddlers, but not only! He has great self-confidence and shows no fear of other animals. As a rule, he approaches them in a friendly manner. Early socialization of the Maltese is helpful.

Interesting Facts about the Maltese Dog

Much more important than his conspecifics are the people who belong to his pack. He likes to sit on your lap and enjoys being cuddled, is gentle and loving. If he thinks the attention is not enough, he barks loudly. If he is not to develop into a constant barker, consistent training is required here, which should start particularly early. In itself, raising the Maltese is not easy, it requires a lot of patience and love. He has to adopt disciplined behavior, but this is only possible with constant repetition and a lot of practice. Under no circumstances should you let the little furry creature wrap you around your finger, no matter how graceful they look. 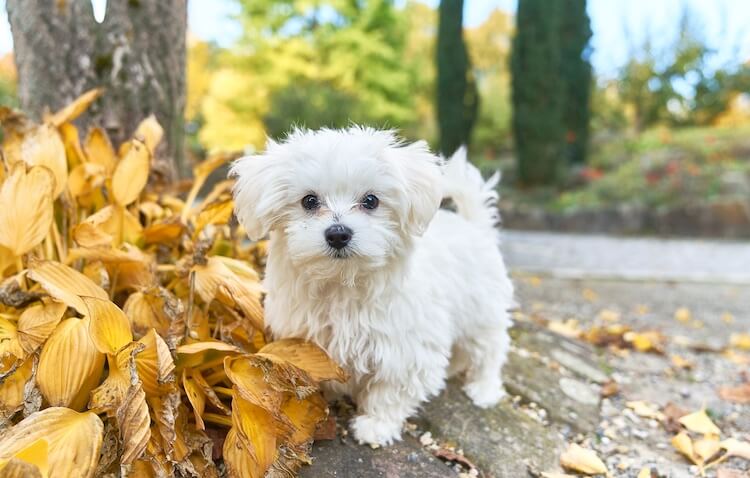 The Maltese needs exercise every day. But it doesn’t have to be hour-long walks. Since he does not have a pronounced hunting instinct, the walks remain relaxed. He is happy when he can romp around or when his human plays with him. He also likes to play with children if they treat him with respect. If he is annoyed, the little one can become uncomfortable.

The Maltese are rather shy towards strangers and a little suspicious at first. He also guards the house and garden, barking loudly to report unusual movements and noises. All in all, he is a lively and courageous fellow who loves his human and draws attention wherever he goes with his unusually silky and long coat.

The Maltese are an elegant, small dog with a pure white, long coat. He is usually mild-mannered, but lively and alert. He proudly carries his slightly rounded head raised. Oval, dark eyes and long, hairy hanging ears, as well as the black snub nose, give his face a cute look. The body of the Maltese is compact and balanced, the back is straight, from the shoulder to the well-feathered tail, which is carried in an arch over the back. His legs are rather short, but straight and have black pads.

According to breed standards, males grow up to 25 cm tall, females stay a little smaller at 23 cm. The Maltese weigh between three and four kilos. With good care, he can live up to 15 years or even longer.

The pure white, long, and dense coat of hair are characteristic of the Maltese. If you don’t visit the groomer regularly for clipping, the hair will grow to the ground and surround the Maltese like a coat.

Nature and Character of the Maltese

Despite its cuddly, gentle nature, the Maltese have a lot of temperament and energy. He loves his people more than anything and is friendly and playful with children. He also behaves well towards other animals if he has been well socialized since he was a puppy.

He likes to be pampered on the lap, but is not a “couch potato”. Long walks, boisterous games, and other activities are important for him to keep him physically and mentally busy. If he already has contact with other dogs as a puppy and also other animals, such as e.g. B. cats, he is interested in them, but not dismissive or aggressive. The Maltese are better known as gentle and good-natured creatures. 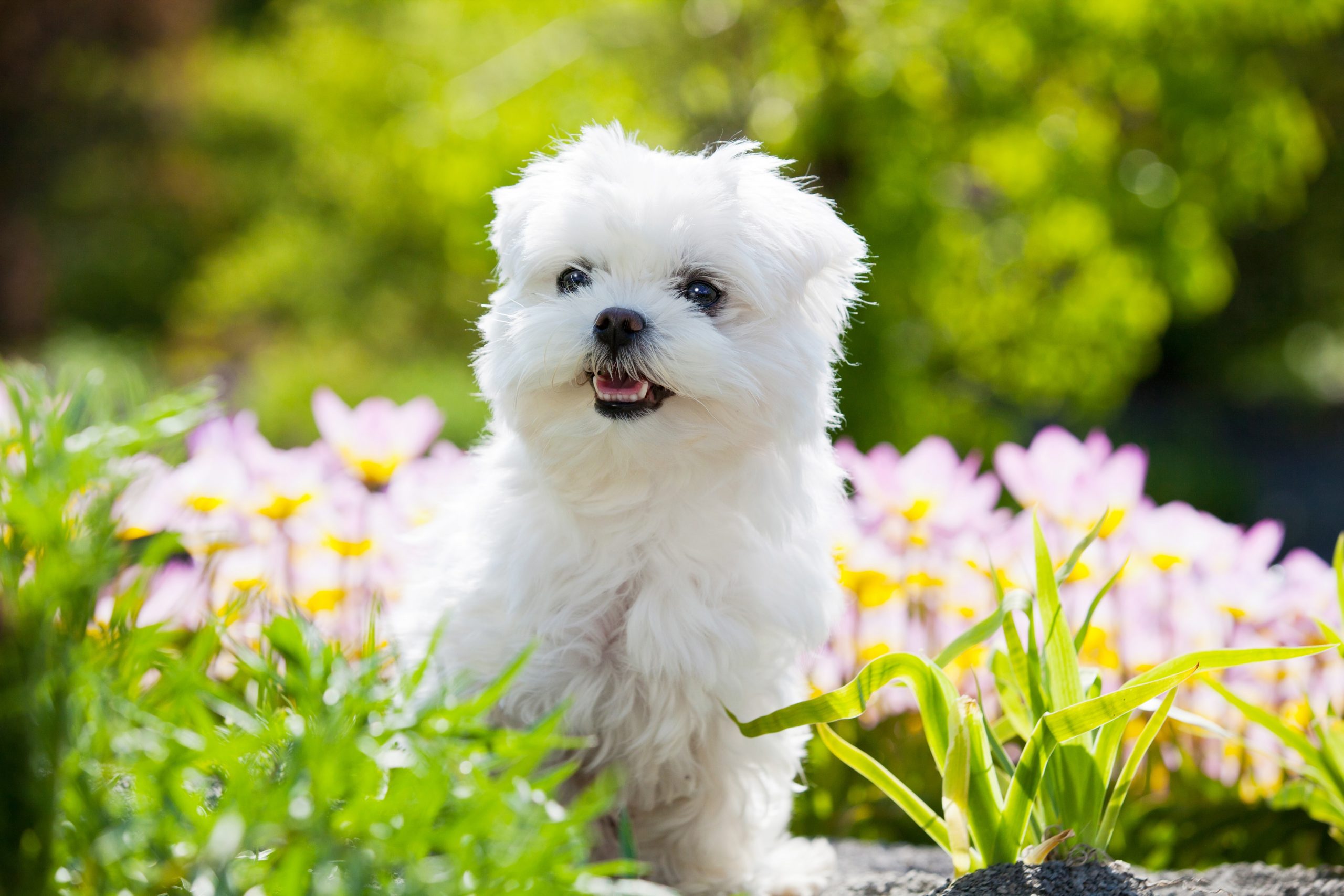 He is relaxed and curious about new acquaintances (animal and human), reacting neither in fright nor nervously.

His almost undeveloped hunting instinct makes walking with him pleasant. He will not chase after a hare or seek out a fox’s den, but will always stay close to his human. Nevertheless, he is very alert and reports everything unknown in the house and garden.