Two scientists from Yale University (economist and psychologist) decided to conduct a scientific experiment: to teach monkeys to use money. And they did it.

The idea of ​​money, as it turned out, can be assimilated by creatures with tiny brains and needs to be limited to food, sleep, and [email protected] The capuchins on which the experiment was carried out are considered by zoologists to be one of the most stupid primates. 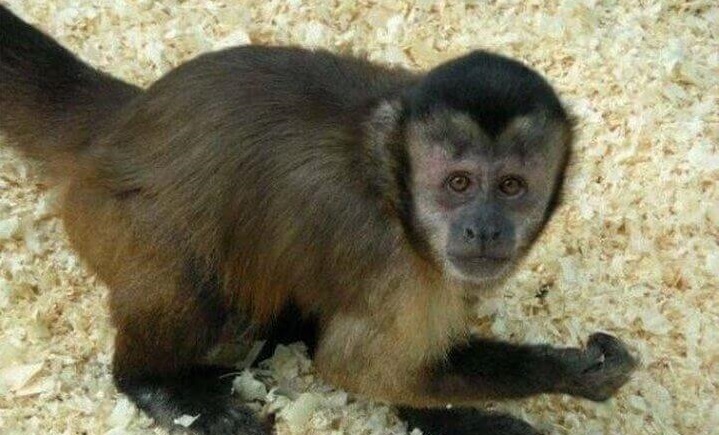 “At first glance, and in truth it may seem that they do not need anything else in life. You can feed them sweets all day and they will go and come, go and come for them all the time. It may seem that capuchins are walking stomachs. “, Scientists say.

American ethologists conducted an experiment to introduce “labor” relations in a flock of Capuchins. They came up with a “job” in the aviary and a “universal equivalent” – money. The job consisted of pulling the lever with an effort of 8 kilograms. Significant effort for small monkeys. This is a really unpleasant job for them.

For each swing of the lever, the monkey began to receive a branch of grapes. As soon as the Capuchins learned the simple rule of “work = reward”, they were immediately introduced to an intermediate agent – multi-colored plastic circles. Instead of grapes, they began to receive tokens of different “denominations”. A white token could buy one branch of grapes from people, a blue one -two, a red one – a glass of soda, and so on.

Soon the monkey society became stratified. The same types of behavior emerged in their community as in the human community. Workaholics and idlers, bandits, and “bankers” appeared. One monkey managed to lift the lever 185 times in 10 minutes! It really wanted to earn money. Someone preferred racketeering to work and took away from others. But the main thing that the experimenters noted, the monkeys showed those temperament traits that were not previously noticeable – greed, cruelty, and rage in defending their money, suspicion of each other.

As part of their study of economic behavior, the monkeys were given other “money” in the form of silver discs with a hole in the middle. After a few weeks, the Capuchins learned that these coins could be used to get food. The experimenter, who in his youth was fond of Marxism, did not check whether labor really turns a monkey into a man. He simply gave these coins to the monkeys and taught them how to use them to buy fruit. Before that, we found out who loves what, in order to establish their own scale of preferences for each of the monkeys. 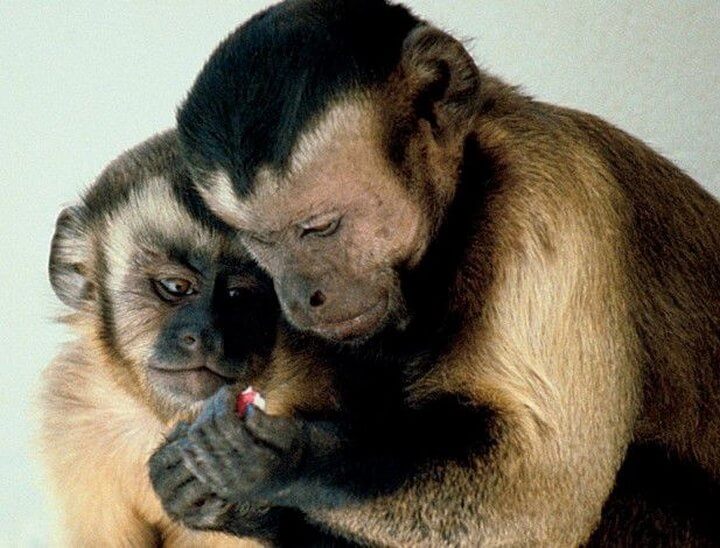 At first, the price was the same – for a sour apple and a bunch of sweet grapes they asked for the same number of coins. Naturally, apples were not successful, and grape stocks were melting. But the picture changed dramatically when the price of apples fell by half. After quite a long time of confusion, the monkeys decided to spend almost all their coins on apples. And only occasionally they allowed themselves to feast on grapes.

One day, when all the experimental animals in the common cage already knew that some items were more expensive, while others were cheaper, one of the monkeys entered the compartment where the money was kept and appropriated all the coins for itself, fighting off people who were trying to take away the metal prey. THIS WAY THE MONKEYS COMMITTED THE FIRST “BANK Robbery”.

A few more days passed and the CAPUCHINS DISCOVERED THE PHENOMENON OF PROSTITUTION. The young male gave a coin to the female. Scientists thought fell in love and made a gift. But no, the “girl” entered into [email protected] intercourse with the gentleman for money, and then went to the window, behind which the scientists were on duty, and bought several grapes from them. Everyone was happy: both monkeys and scientists. The monkeys studied liberal-capitalist relations, and scientists defended their doctoral dissertation.