Each dog has its own characteristics, working qualities, the disclosure of which allows you to train animals and teach rescue work. So many trainers would agree that Newfoundland is the best breed for water rescue.

With proper training, the dog can pull one or more people out of the water using a lifebuoy or on itself. Hardy and strong Newfoundlands are capable of towing a small vessel, such as a boat or other cargo weighing up to 700 kg. 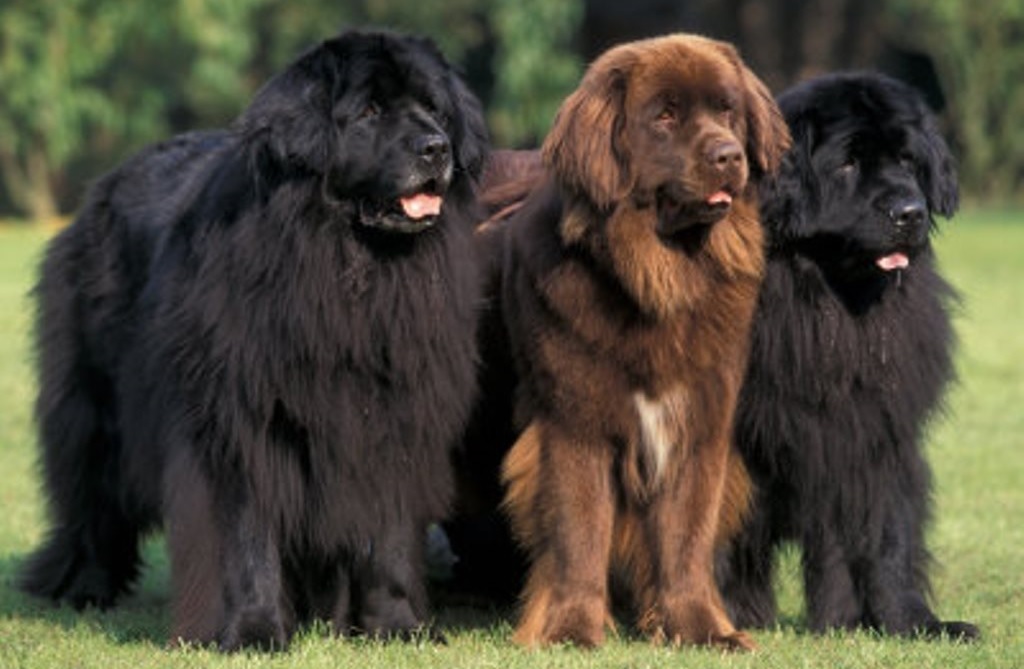 Why are Newfoundlands ideally suited for water rescue, because by their appearance, not knowing the animal’s abilities, one might think that the representatives of the breed are good-natured creatures, sedentary, loyal companions? Indeed, Newfoundlands have a gentle disposition, but they are able to sense danger and make decisions that require courage, courage, and courage.

Surprisingly, Newfoundlands strongly sense danger, even when in an unfamiliar place. Born Newfoundland rescuers are able to make decisions for themselves if they have to protect themselves, their family members, or strangers, for which there is a lot of evidence.

So a Newfoundland named Hairyman saved more than 160 Irish immigrants during the Dispatch brig crash in 1828.

The dog Whizz was hailed as a hero in 2007 for rescuing an Irish setter trapped in a huge pool of icy water. The dog took the initiative, thanks to which the setter survived. Whizz saved hundreds of lives while patrolling the waters of the UK’s southern coast.

A dog of this breed, which belonged to a fisherman, jumped from a boat in order to save Napoleon Bonaparte, who found himself on the high seas as a result of an attempt to escape from the island of Elba in 1815.

Representatives of the breed are native to the shores of Newfoundland, where dogs were used as workers on land and on water. Dogs rescued people trapped in a stormy sea as a result of shipwrecks, pulling them into safe bays and bays, the existence of which the dogs themselves could not know, but somehow miraculously found them.

Natural instinct for salvation, strength, and endurance, love for swimming – all this allows you to raise real rescuers from this breed of dogs. In addition, the structural features, namely the powerful structure of the body, webbed feet, oily thick wool that protects from the cold and does not get completely wet, allow animals to cope with their duties in winter and summer.

The training consists of several stages and begins with training on land. After the dog is ready to obey and follow commands, it is taught exercises in the water, namely, the ability to jump from a boat, bring a floating oar, carry a lifebuoy to a drowning person, save people who have fallen overboard, who are in a conscious and unconscious state, and tow the boat by a rope to the shore.

The dog grabs an unconscious person by the hand or ankle in its mouth, the person turns out to be on the water with his back, and then the dog pulls him out of the water, pulling him to the shore.

In the water, the dog keeps upright and does not swim like a dog, but in a style that can be considered as breaststroke.