Scientists are trying to answer the questions of concern to humanity. They are trying to find solutions to the most ancient secrets, to understand how the world works, to improve the life of mankind…. But sometimes, it is very difficult to understand why the answers to such stupid questions were needed ?!

Contents hide
1 How does a male turkey react to a female turkey?
2 Do turtles yawn collectively?
3 How does the monkey’s voice change under helium?
4 How do a dolphin and a human female get along?
5 Do chimpanzees recognize their peers by their buttocks?
6 What does disgust look like on a person’s face? 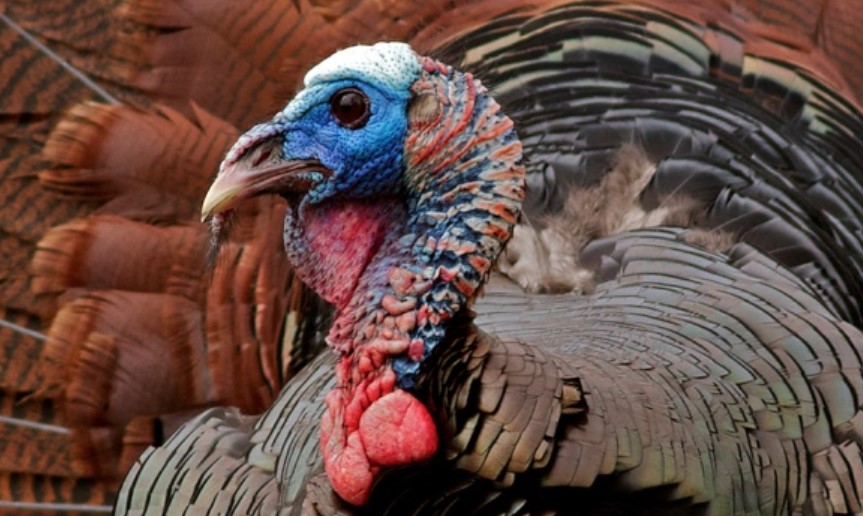 Back in the 60s of the last century, a series of experiments on these loving birds began. It has been observed that the turkey dummy has been subjected to quite unambiguous attacks from the turkey. Further, scientists began to gradually “worsen” the layout, cutting off its legs, wings, removing feathers, etc. it turned out that the main irritant for the turkey is the female’s head, everything else does not matter.

Everyone knows that at the first yawn in a group of people, a real epidemic of yawning will begin. This phenomenon is also observed in other social animals. British scientists decided to find out how this is the case with turtles. The hardest part was organizing the source of the yawning. It took 6 months to train the turtle on a signal to yawn, which was not easy. The next series of experiments yielded non-trivial results – turtles’ yawning is “not contagious”! hence the conclusion that this phenomenon is characteristic only of sufficiently highly developed animals, to which turtles do not belong. I wonder who will be the next victim of the researchers.

How does the monkey’s voice change under helium?

Many amused themselves by changing their voices by inhaling helium. Scientists from Japan undertook to study its effect on monkeys. They put a gibbon in a helium room. The result was natural – the sounds of the voice acquired an unprecedented timbre. But the conclusions turned out to be non-trivial: the system responsible for speech reproduction works in the same way for us. In this sense, gibbon and I differ only in the specialization – they are more focused on singing, and we are on speaking.

How do a dolphin and a human female get along?

Unfortunately, scientists in 1965 had not yet heard the sad story of a dolphin and a mermaid and had no idea that they were not at all a couple. A group of researchers then tried to teach the dolphin the human language. The animals had to communicate using cards, figure out numbers and colors. For better contact between trainers and dolphins, it was proposed to settle a male dolphin and a student in a separate pool. Moreover, the girl Maggie lived in a half-flooded room so that the dolphin Peter had the opportunity to contact her at any time.

Peter Maggie really liked and he began to actively establish relations with her, fiddling and dragging her frozen fish. Maggie did not immediately understand the depth of feelings, in connection with which the dolphin switched to more active actions. Peter began to bite the girl, inflict very sensitive blows. They tried to distract him by highlighting females of a suitable species. But Peter had already set his sights on the unusual “prey” and ignored the ordinary tribesmen. There were not many alternatives – either to curtail the experiment or to reciprocate the dolphin. So Maggie had to regularly perform “conjugal duty”, stimulating the partner’s penis with her foot or hand. Apparently, she coped well, since the dolphin still managed to demonstrate mastery of basic linguistic concepts.

Do chimpanzees recognize their peers by their buttocks?

Scientists showed chimpanzees the buttocks of their group members and other strangers. Recognition was at a very high level. Thus, scientists have established that chimpanzees are able to associate parts of an object with a whole, which is also typical for humans. But cats, for example, do not have this ability and can spend hours catching their own tail.

What does disgust look like on a person’s face?

Carney Landis, a graduate student, researched human emotions in 1924. He recruited a group of volunteers, drew baselines on their faces, and then suggested doing various unpleasant things – touching frogs, looking at unappetizing pictures, etc. The apotheosis of a series of experiments was the proposal to cut off the head of a laboratory rat. The experimenter himself took photos of the subjects’ faces and then tried to generalize their grimaces, to deduce a certain common component of the manifestation of horror and disgust on the face. Although it was not possible to do this, people reacted too ambiguously.