If there were an award for the most people-friendly dog, the Norfolk Terrier would be one of the hottest contenders for first place.

He likes to spend his time with people and of course primarily with his family. He needs a lot of love and attention, which he demands regularly. If he thinks he doesn’t get enough attention, he climbs up on the sofa or bed to gently remind his owners of his presence and to get a few cuddles. 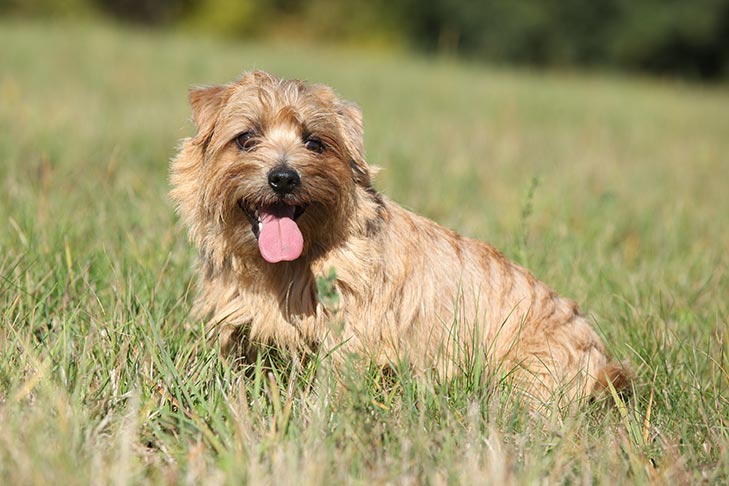 It is understandable that he cannot be left alone for a long time because of this. If he feels lonely, he starts barking and, in the worst case, digs up the whole garden. It is important that this is human society. He doesn’t attach much importance to other animals in the same household but gets along well with other dogs or even cats if he has grown up with them. However, small animals are not advisable in any case, because he would hunt them with devotion.

He loves children who are old enough and know how to handle dogs.

Because the Norfolk Terrier is cheeky and fearless, he makes an excellent watchdog. He constantly keeps an eye on his surroundings and immediately attacks if he encounters anything unusual. Of course, he wants to be part of all his family’s activities and offers himself as a constant companion. Because its masses of energy must somehow be released, preferably on long walks, where it is better to keep it on a leash because of its pronounced hunting instinct.

Training can only be mastered with a lot of patience and time since the Norfolk Terrier is at least as stubborn as it is loving. If he is let loose, he is very happy to demonstrate his independence and indulge in his favorite pastimes of hunting and digging.

The Norfolk Terrier is 25 to 26 centimeters tall and weighs 5 to 7 kilograms. Its coat consists of a medium-length, straight, wiry top coat and a soft undercoat. Its coat color can be red, wheaten, black and tan, or gray.

Grooming is relatively easy: brush every few days and trim once a year. If he has too little exercise, the Norfolk Terrier will easily put on fat. That’s why you shouldn’t necessarily give more food, no matter how convincing the begging look.

Origin of the Norfolk Terrier 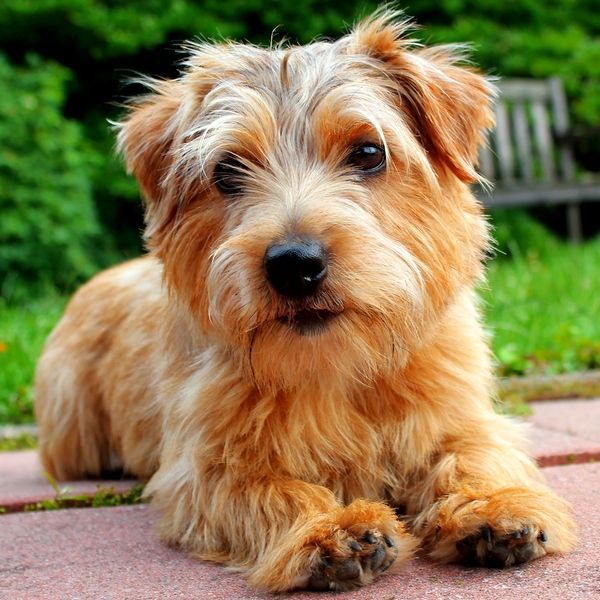