Several touching stories will change the way you think about animals. Many people think that not all animals are able to deeply feel, but in fact, they are able to experience a variety of emotions, which are considered to be a lot of humans. Friendship, dedication, care, and boundless dedication – happy is the one who has experienced this at least once in his life. We have collected a variety of moments when animals showed their best feelings.

The elephants Jenny and Shirley were taken to the circus at the same time: Jenny was then still very young, and Shirley was already 20 years old. Then they parted ways, but 25 years later they met at an elephant orphanage. “Jenny began to behave strangely from the very beginning,” the shelter workers say. “She tried to reach Shirley’s cage with her trunk and was very anxious. And then Shirley trumpeted with all his might, we have never seen such touching feelings. ” 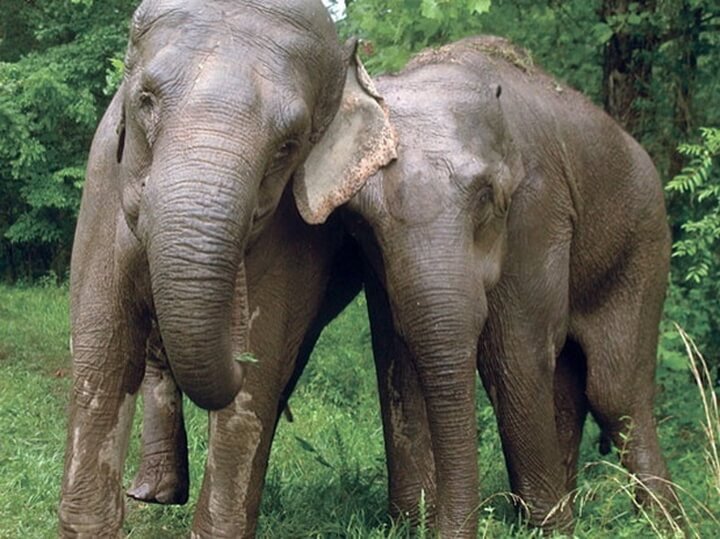 When the orangutan Roscoe was young, he lost his parents. He lost his will to live, stopped eating, and did not respond to treatment. Then a dog was brought to his shelter, which immediately became his best friend. Since then, they have been inseparable. 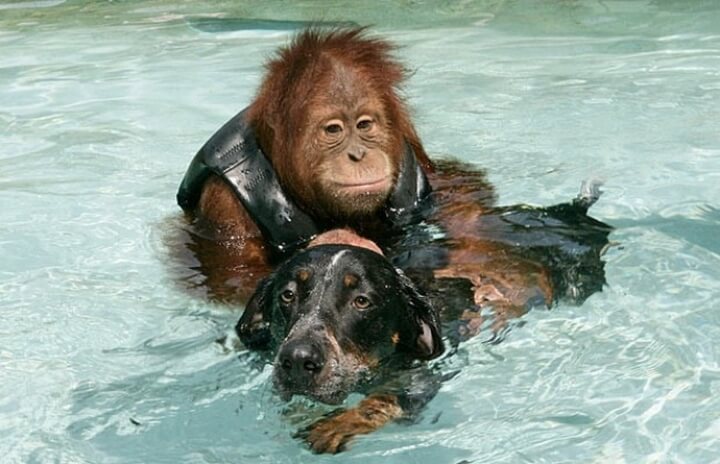 Beluga whale Mila pushed Young Yun to the surface with her nose, when the girl’s legs bent during a diving competition. And thus saved her life. 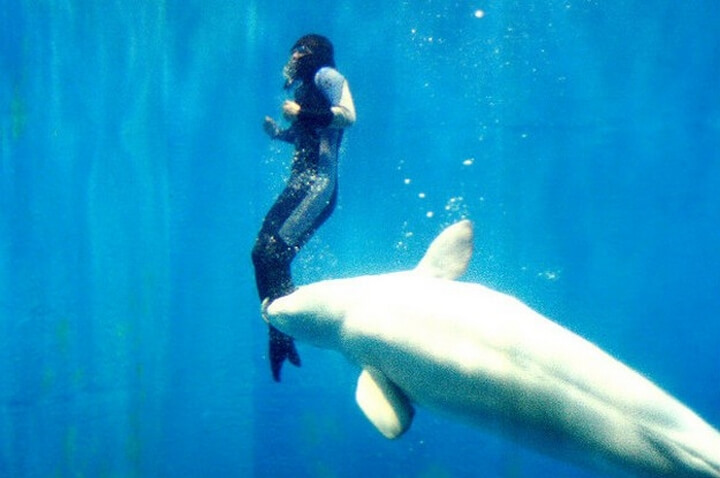 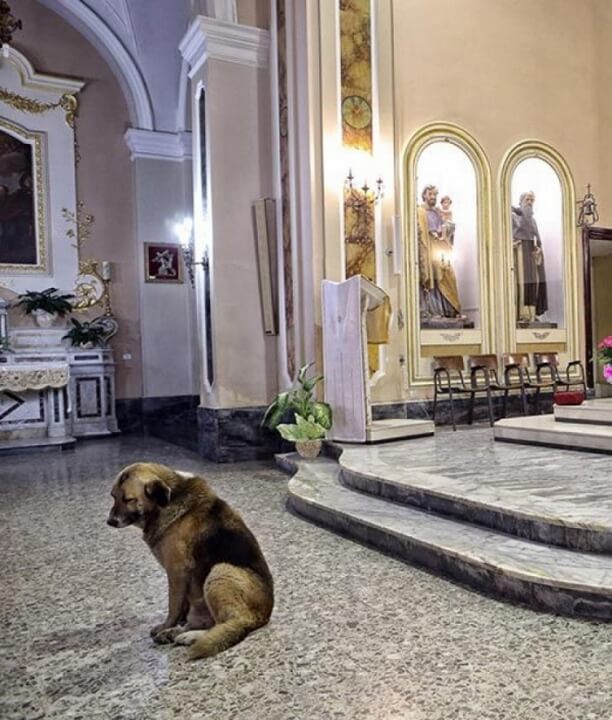 In 2011, scientists proved that cows know how to be friends and experience real grief when separated from a friend. 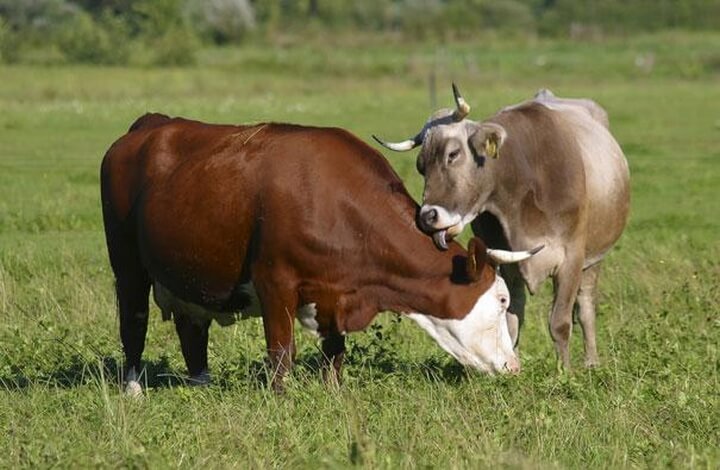 Two brothers from London adopted Christian the lion cub in 1969, but when he grew up, they decided to bring him back to Africa, where he comes from. A year later, they wanted to visit him, but they were told that he became wild, he has his own pride, so he hardly recognizes them. You can see above what happened when they did find Christian.

When conservationist Lawrence Anthony died, these South African elephants gathered in a group and walked 12 hours to his home. Anthony once saved them from death when they wanted to shoot them. 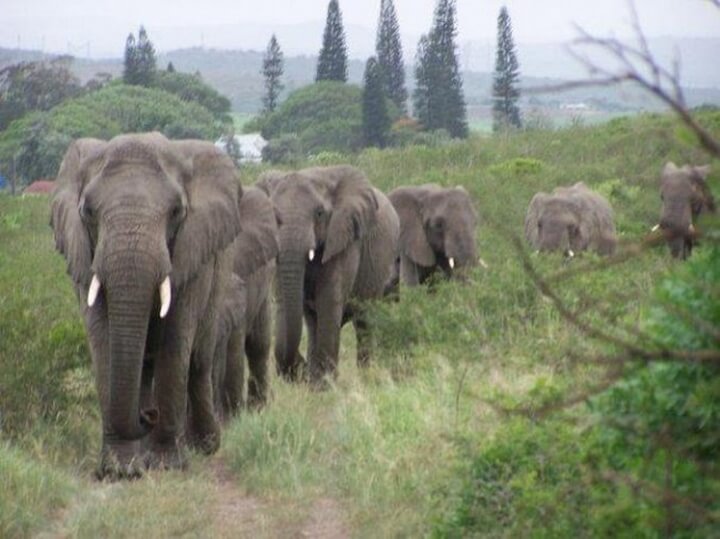 Chimpanzee Dorothy died of heart failure at the Chimpanzee Rescue Center in Cameroon. During her funeral, an amazing thing happened: her friends stood around and hugged in solidarity as if they were saying goodbye to her. 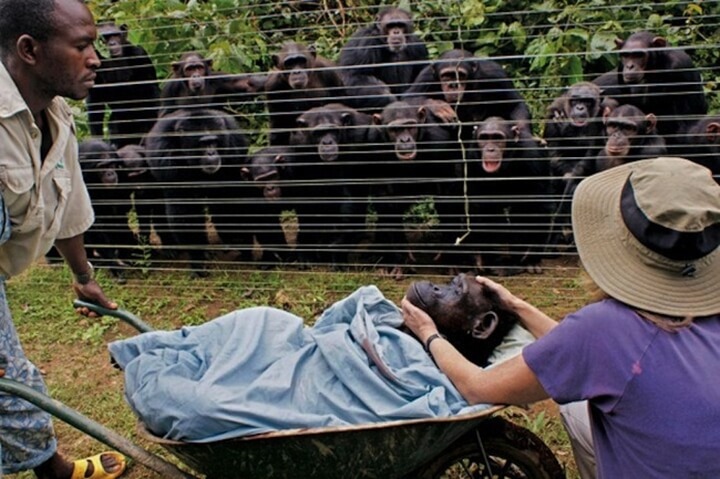