It is well known that a person actively changes the environment through his activities. Whole landscapes are being redrawn, the climate is changing, and the habitat is shrinking. But the indirect impact also changes the life of nature – new species are transported to other regions, thereby disrupting the existing biotopes. But, fortunately, sometimes, as Mark Twain said, “the rumors of death are somewhat exaggerated.” Species considered extinct or mythical are found in remote regions, if not prosperous, then at least quite alive. 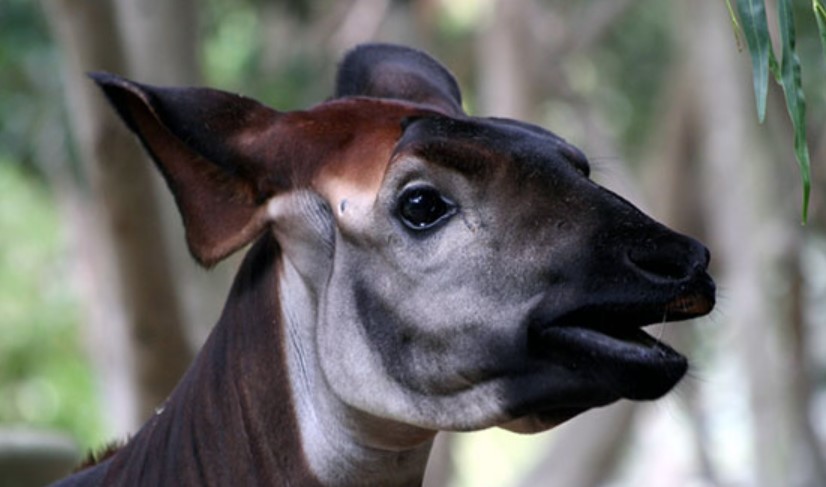 One of these species is the okapi, which inhabits the tropical forests of Central Africa. The local population has been familiar with these unusual animals since ancient times, they set traps on them, used meat, bones, and skins. The first mentions of the “African unicorn” were brought by Henry Stanley’s expeditions in 1871-1895, to whom the local population told about horned animals similar to horses. Then it was perceived as a story about a mythical creature. It was only in 1900 that an okapi skin was obtained, and in 1909 a live animal was obtained.

In fact, the okapi is generally an amazing creature. Outwardly, in shape, it most of all resembles a horse, although with somewhat longer legs and neck compared to the body. But at the same time on the legs and croup, there are black and white stripes like a zebra, moreover, the main body color is chocolate brown. But as further studies have shown, these are the closest relatives of giraffes, the representatives are possibly even more ancient than the well-known long-necked handsome men.

In addition to the unusual coloring, the okapi also has a unique language – very long and dexterous. With the help of it, they pick off leaves from distant branches of trees, and can even wash their eyes. Like giraffes, male okapi is equipped with two horns. The growth of animals is small: only 1.6 m., body length about 2 m., weight about 230 kg.