The Old English Bulldog is an extinct English breed of dog in the 19th century that was revived in the late 20th century in America. According to the idea of ​​the author of the breed, David Leavitt, his updated Bulldog should have the appearance and health of old English dogs, but be less aggressive. The breed has not yet been recognized by the International Cynological Federation. 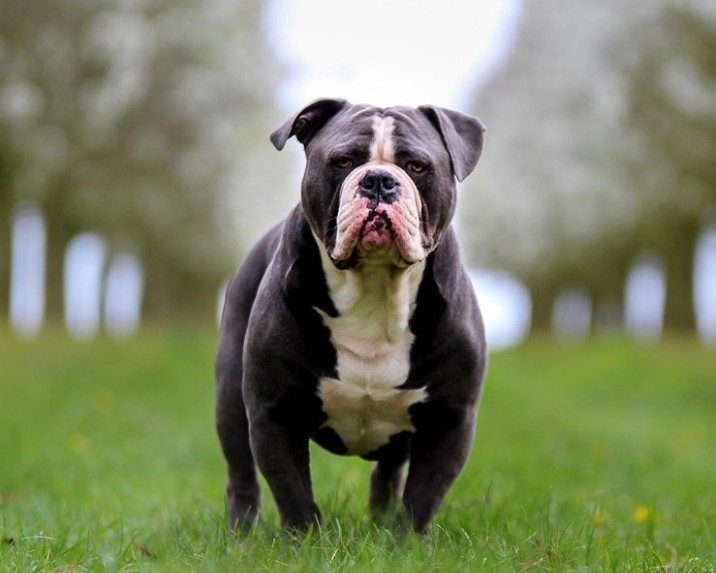 The time of the appearance of the breed is difficult to establish. We can definitely say that the Old English Bulldog was bred a very long time ago. Initially, these dogs were used for baiting bulls in the famous “blood sport” – a very popular entertainment in Victorian England.

Unfortunately, the true breed, bred in Foggy Albion, completely died out at the end of the 19th century, when breeders were carried away by attempts to cross a Bulldog with a Terrier, thereby obtaining the ancestors of modern Pit Bulls and Bull Terriers. 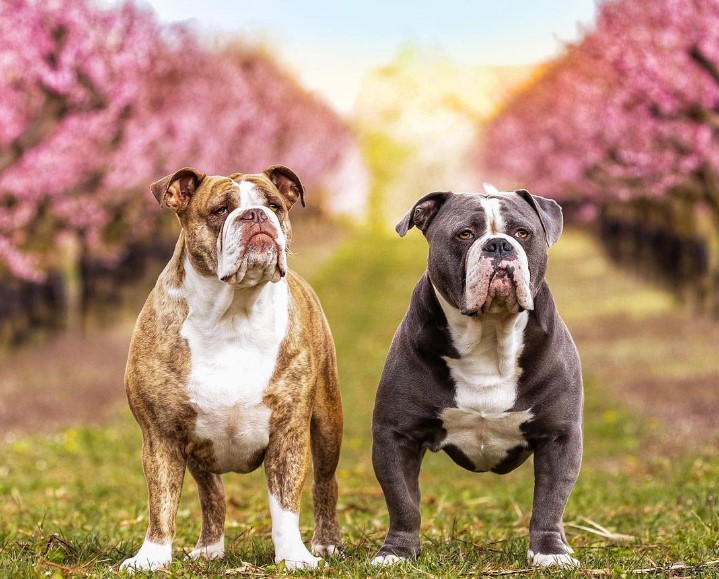 Old English Bulldogs do not differ in very large sizes, although they cannot be attributed to a dwarf breed of dogs. Average dimensions are their most accurate characteristics. At the same time, they are distinguished by considerable physical strength, which, coupled with their stubbornness, can lead to amazing results. Old English Bulldog size standards:

In terms of exterior and constitution, the breed is similar to other Bulldogs, but it has some features. Their body is somewhat lighter, rather resembling the one possessed by American Bulldogs. At the same time, the muzzle is shorter and even flattened. The paws of the “Old English” are also somewhat slimmer and longer than those of their counterparts from Britain and France.

Overall, it is a sturdy, compact and muscular dog. The athletic physique reveals a lot of strength hidden behind this beautiful and in its own way charming appearance. 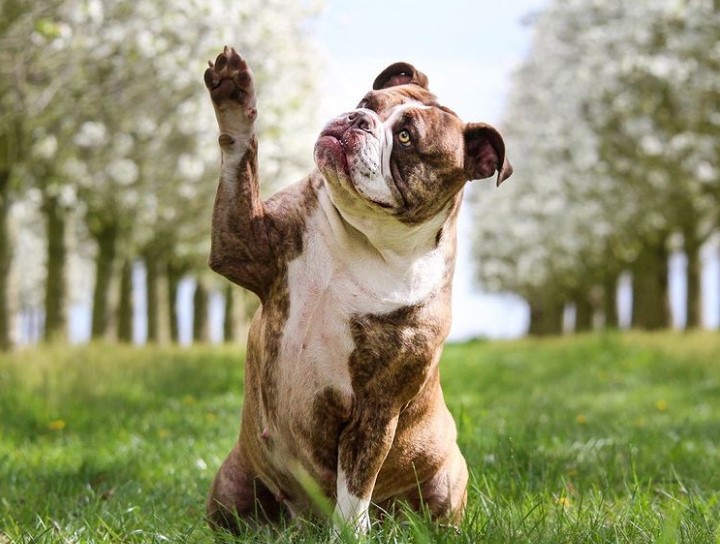 The Old English Bulldog is distinguished by its firmness of character even among its fellows. Considering that all flat-faced people are famous for their stubbornness, this speaks volumes. If a representative of the breed has hammered something into his strong and large head, it is almost impossible to knock it out of there. This makes training a little more difficult, but, with the right approach, can be a very useful trait. Of course, these dogs cannot be called stupid in any way, although someone considers them so because of their appearance. However, the Old English Bulldog, even as a puppy, already manages to show considerable ingenuity.

Also, excessive aggression is unusual for the breed. Yes, you cannot envy a stranger who invades its territory or threatens one of its dear owners. But here, one might say, the dog is in its own right. This fearless and strong guard is ready to protect those who are dear to him, even at the cost of his life.

In quiet times, it is a very friendly and sweet dog. This dog cannot be called too playful, but it adores children and is ready to tinker with them for a long time. 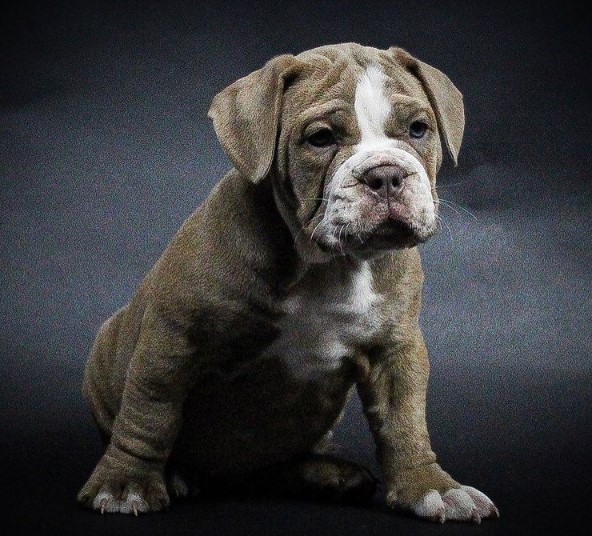 Caring for an Old English Bulldog is very simple. Short hair does not require close attention, it is enough to just brush it periodically. Bathing representatives of this breed is not worth it – only if absolutely necessary. We must not forget about the hygiene of the ears, teeth, and eyes. In addition, Old English Bulldogs are very fond of drooling, so often you will have to wipe the muzzle with a damp cloth or napkins. To avoid irritation or various infections, it is necessary to carefully monitor the folds on the skin, wiping them with special means if necessary.

Bulldog’s basic diet should be nutritious and free of excessive amounts of chemicals. Of course, this breed, like its other relatives, is prone to obesity, so it cannot be overfed. Also, do not feed the dog from your table. Heavy flour, sweets, and fatty and spicy foods can cause serious digestive and metabolic problems in your pet. You can, of course, also use dry food. But it must be of high quality (premium class). Otherwise, kidney stones and other “joys of life” may appear. 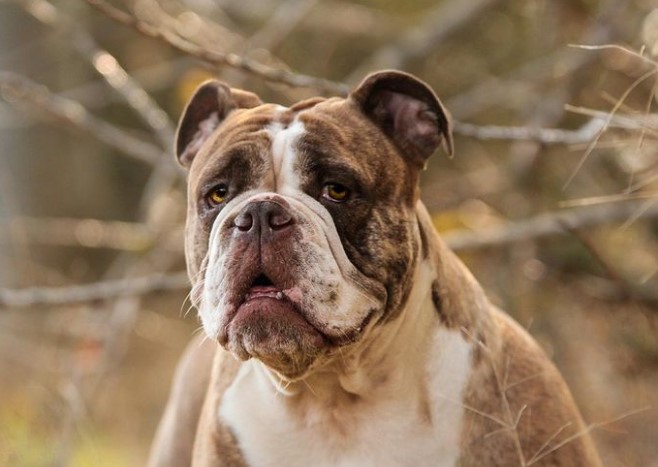 The Old English Bulldog breed was bred by connoisseurs for connoisseurs and remains so to this day. It has certain features that everyone should consider. However, with proper care, training, and the right approach in general, you can get yourself an excellent companion dog, a reliable protector loyal to the family. This is especially useful for families with small children, who will always be under the reliable protection of these unusual beauties.