The Bobtail is a balanced and loyal herding dog with its own characteristics of behavior and temperament, which make the breed unique and interesting. In addition to its stunning appearance, the presence of certain character traits in a bobtail allows it to be used as a watchman. 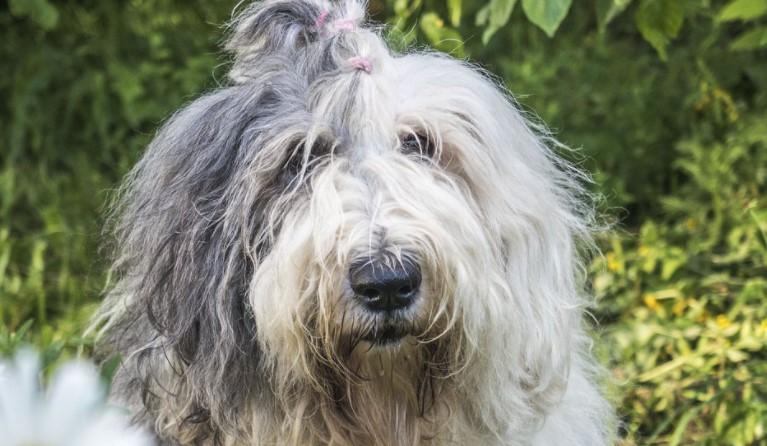 Old English Sheepdogs can be the ideal companion for people with an active lifestyle. But it is not recommended to acquire this breed for people who have not had the experience of keeping dogs.

Representatives of the breed should be able to waste their energy and engage in interesting things for them that stimulate mental activity. Otherwise, the bobtail will become irritable, suffering from boredom, begin to gnaw furniture, spoil things in the house, and, living in the yard of the house, dig the earth. Despite the seeming calmness, Bobtails are very lively and active dogs. Shepherd dogs mature for three years, so their playfulness persists for a long time.

Representatives of the breed do not refuse to participate in any family event, with enthusiasm and joy being involved in common family affairs. Old English Shepherds love to relax next to the owner lying next to him.

Rough treatment is unacceptable, as is the lack of attention from the people to whom the shepherd is attached. Good-natured bobtails can hardly endure loneliness. A dismissive attitude negatively affects a bobtail’s temperament and emotional well-being.

Giant, friendly bobtails love children, they are happy to spend time with them playing. Old English Shepherd Dogs are patient and kind towards children, but it is not recommended to leave a dog and a small child unattended. Representatives of the breed are large in size, and small children still cannot stand firmly on their feet. Any awkward movement of the dog will cause the child to fall, which can be injured. Some shepherd dogs may perceive children as a herd of animals, a triggered shepherd’s instinct forces pets to urge or direct children to a certain place. The herding instinct is developed to varying degrees, it is especially little or completely absent in non-working shepherd dogs.

Loyal by nature, bobtails are very attached to the house. Dogs are smart enough to make decisions on their own in a particular situation, for example, working dogs, performing their herding functions, can wait for the owner’s command or independently decide what to do in a given situation.

Socialized Shepherd Dogs greet acquaintances or family friends, by nature Bobtails are sociable and do not show even the slightest sign of aggression. Animals can make friends with a stranger, but not everyone will be honored. Representatives of the breed are able to distinguish between “bad” and “good” people.

Although the representatives of the breed do not look at all frightening, and aggressive behavior is extremely rare, they will protect the owner and family members, showing fearlessness, warning of the approach of strangers. If the intruder does not see the dog, then the loud barking of the bobtail will scare off strangers. But not all pets warn about the dangers of barking.

Bobtail and Other Animals

Old English Shepherd Dogs are very sociable by nature, able to get along with different living creatures. They get along well on the same territory with dogs and cats.

Old English Sheepdogs are smart, hardworking, and hardy. Animals lend themselves to quick training in comparison with other, separately taken breeds of dogs, but they require firmness and perseverance in training, as they sometimes tend to show stubbornness and willfulness. The success of bobtail training is determined by the variety of exercises that interest the dog. Bobtail has a tendency to do only what he considers important and necessary.

The correct approach to training a bobtail will lead to positive results. In addition to the functions of a shepherd, Old English Shepherd Dogs are capable of performing other tasks. Representatives of the breed can become lifeguards.