In the town of Clearwater (Florida, USA), there was a commotion. The woman was getting ready for work in the morning and went to the garage for a car, but found something completely different there. Someone’s pig was in the garage. The lady called for her husband’s help and, not knowing what to do with the stray animal, they called the police. 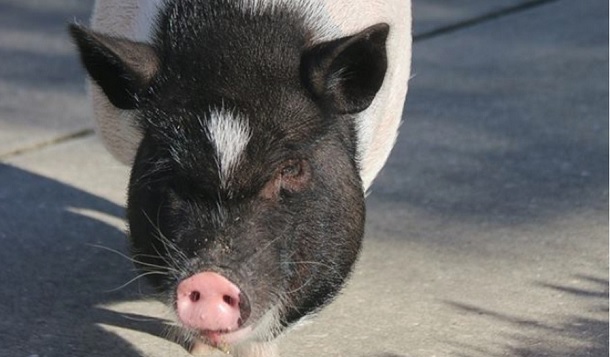 The police came to the call to catch the pig and send it to the owners. The dispatcher remembered that some time ago there had already been a message about a pig. But it turned out that that pig is at home and everything is fine with it. 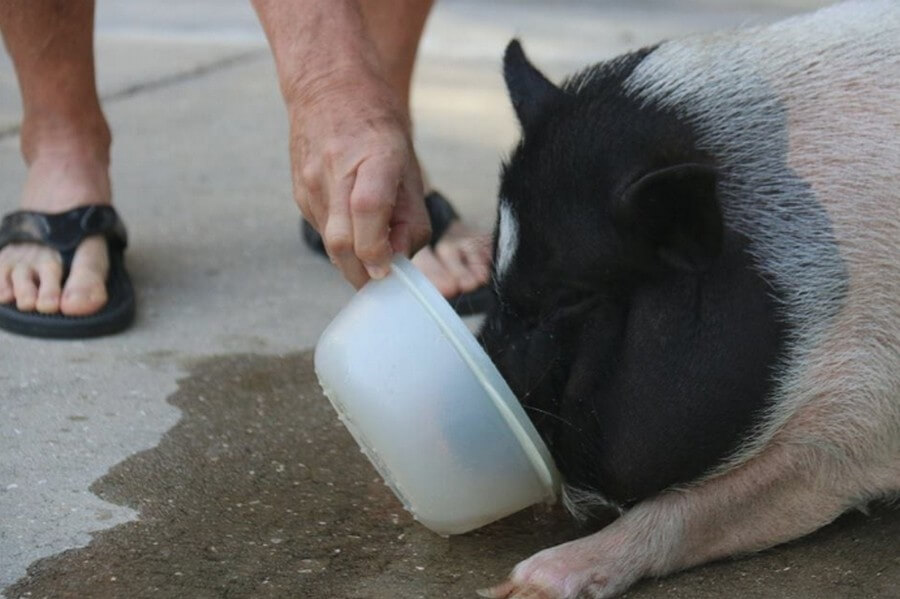 Those who found the pig in the garage offered it water and cornflakes, and the pig did not refuse the treat. 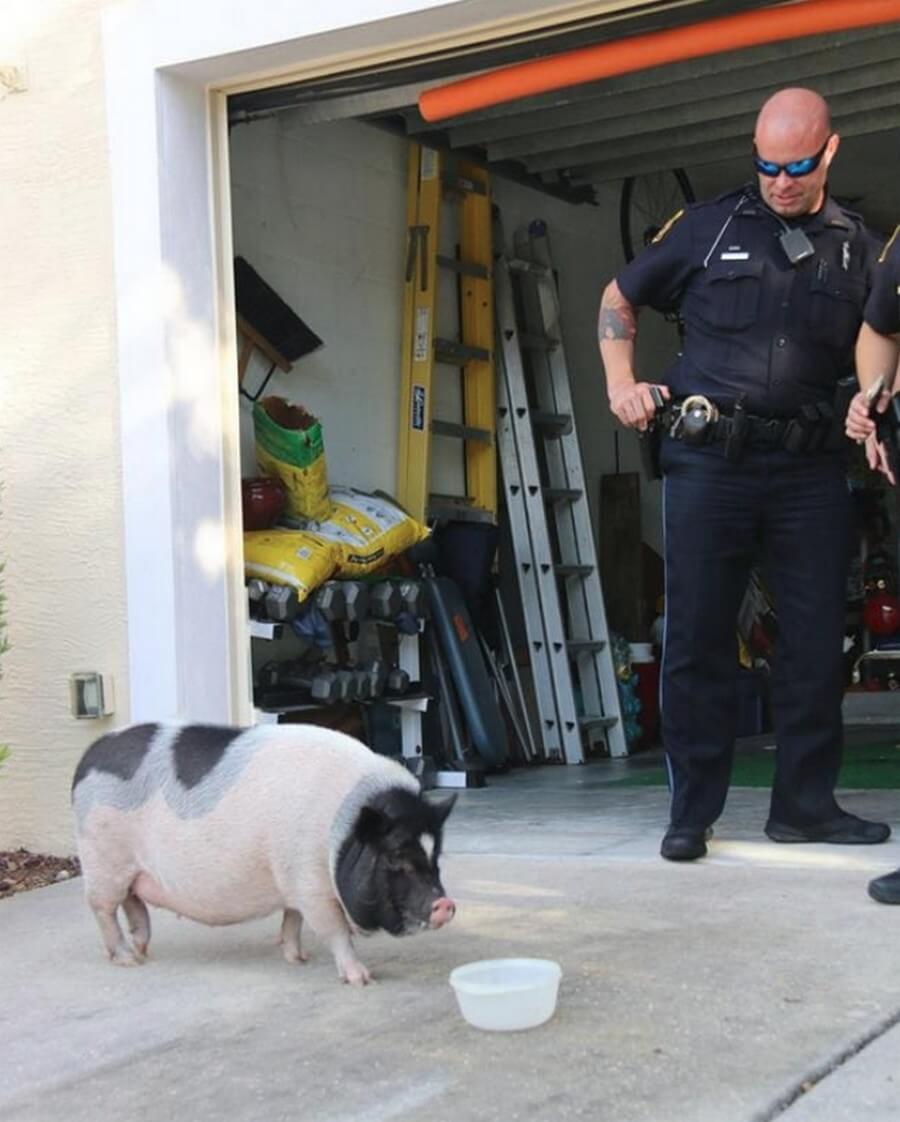 The police officers who went to the call expected that they would have to chase the pig for a long time and prepared for a real battle, but everything turned out to be much more interesting. 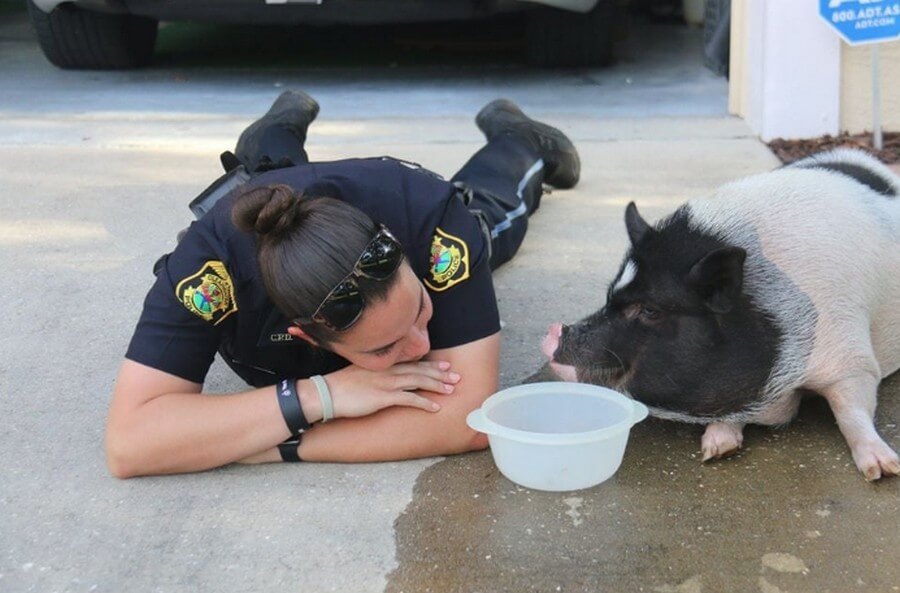 The pig happily went to contact, it seems it just wanted to make new friends. 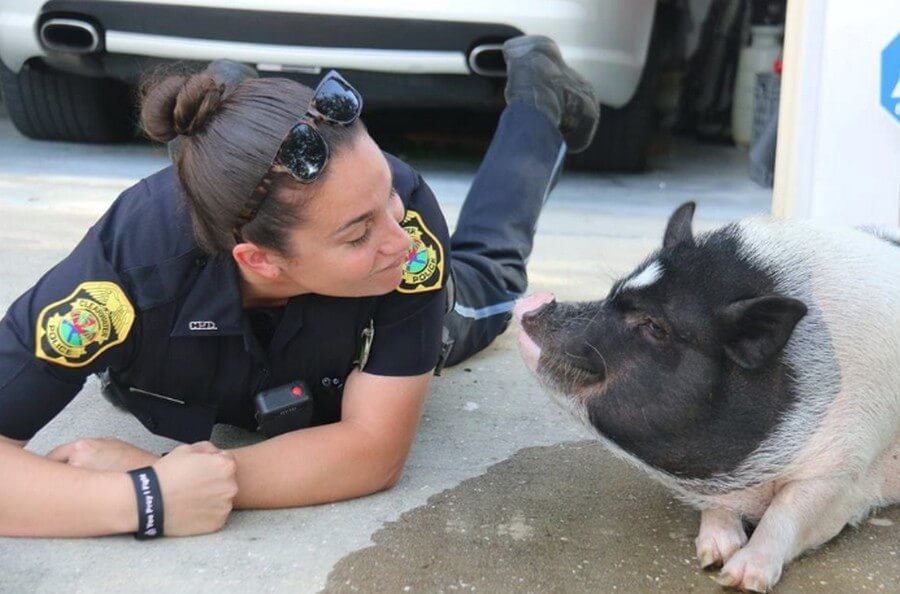 In the end, after taking enough pictures with the pig, it was caught and sent to the animal protection organization. Less than a few hours later, the owner of the pig was finally found and took it home. 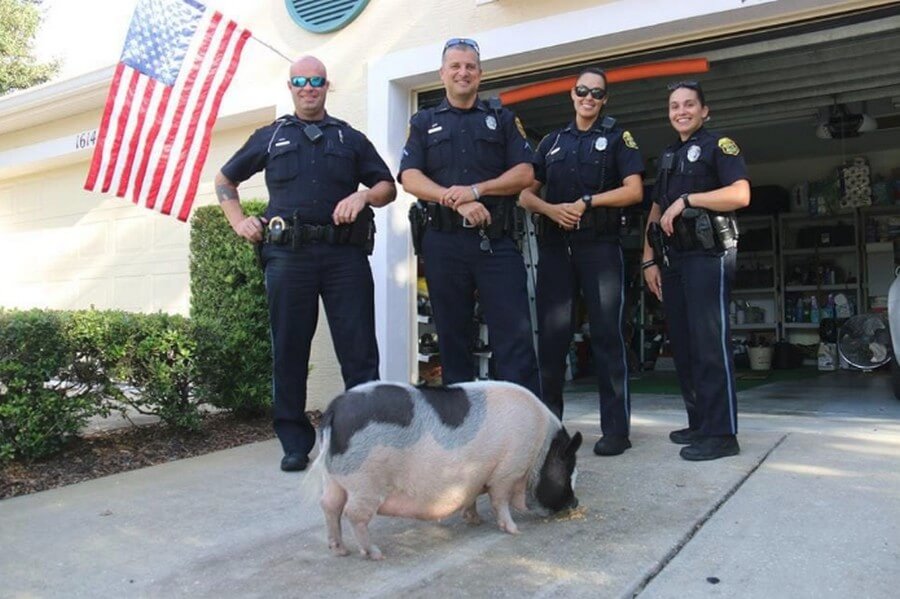 And the police have a lot of positive and cute photos.