Groups of fish of ancient origin, such as chain catfish, often have a variety of mechanisms for survival in changing environmental conditions. So the plecostomus catfish has several adaptations that allow it to successfully fight for existence. What makes a fish so tenacious and allows you to successfully keep such a giant in aquariums? You can find out from our article.

Plekostomus (Hypostomus plecostomus) is a large representative of the Lorikariev (Kolchuga) catfish. Individual specimens found in nature can reach 50 cm, although in aquariums the usual length does not exceed 30 cm.

The first scientific description of the plekostomus was made by the great Swedish scientist Karl Linnaeus in 1758. The name of the genus can literally be translated as “lower mouth”, which indicates the special structure of the oral apparatus. It is modified into a suction cup and is indeed located on the underside of the head. Thanks to him, the fish are able to stay in a strong stream of water and scrape off their main food – algae. 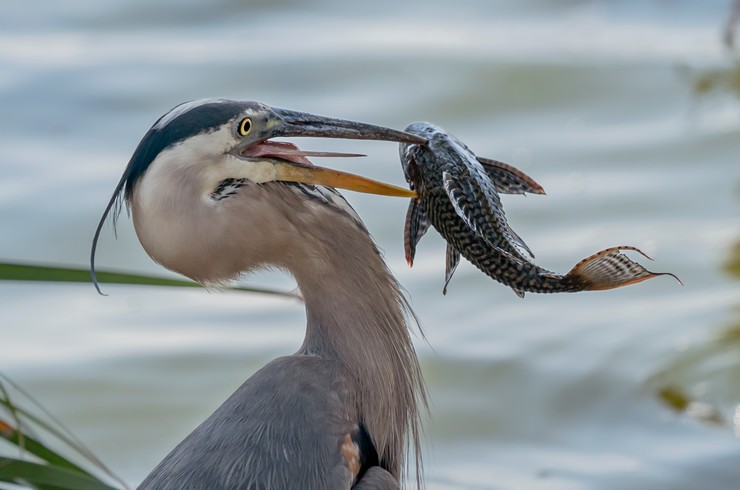 It is for this reason that the catfish is very popular among the owners of large aquariums, the fish help to keep the container clean.

Another amazing feature of catfish is their adaptation to the low oxygen content of the water. In such conditions, plekostomuses use intestinal respiration: they swallow atmospheric air, which is absorbed in a special section of the intestine. Also, in the case of drying up of reservoirs, plekostomuses can travel considerable distances through wet silt with the help of pectoral and caudal fins. 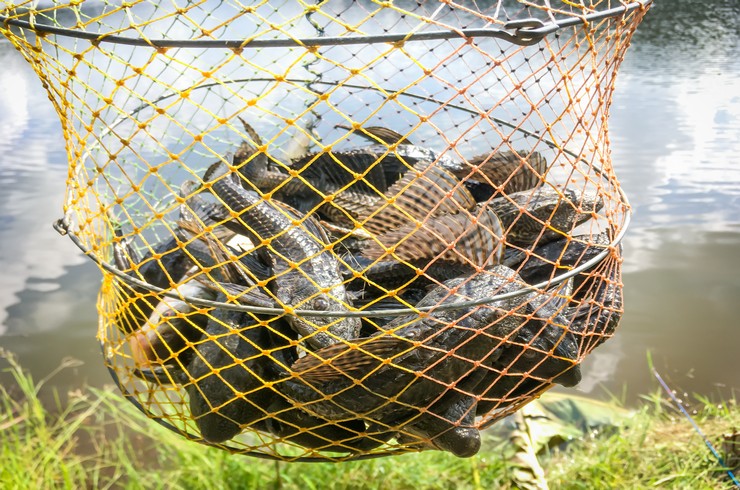 In places of natural distribution, plekostomuses are an important link in food chains. They are also the object of fishing by local fishermen.

Plecostomuses prefer the bottom of the aquarium and are predominantly nocturnal.

The plecostomus has an elongated body covered with dense bony plates that protect against enemies. The dorsal fin is large, sail-shaped, the tail fin resembles a crescent. The head is large, pointed, in the lower part is the oral apparatus, modified into a suction cup. On both sides of the mouth are thin antennae – the organs of touch and taste. In addition, taste buds are located almost throughout the body. This allows the catfish to find food even in complete darkness. The pectoral fins of sexually mature males are thickened and have spines. 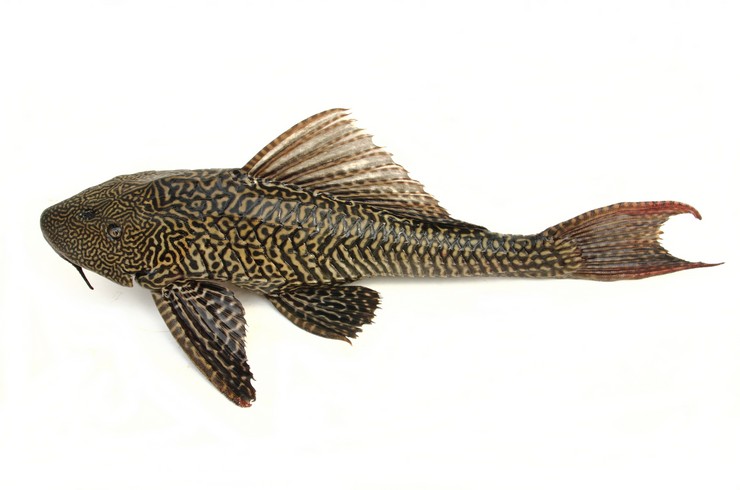 On the head, there are small protruding eyes with an interesting structure. A membrane is located on its surface, which allows you to adjust the level of the incident light. During the day, she almost completely closes her eyes, and at night the eye is completely open. The ability of catfish to roll their eyes is very entertaining: it seems that the fish is winking.

The average size of the body of the plecostomus is 30 cm, in large volumes, it can grow up to 50 cm. The main body color is light brown, but it seems darker due to a large number of spots all over the body. This color allows you to effectively camouflage among the foliage and driftwood lying at the bottom. There is an albino (golden form), characterized by light body color. 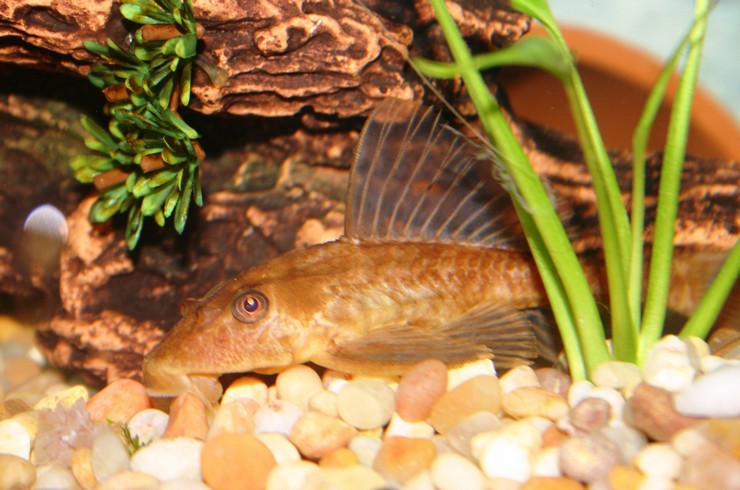 Plecostomus is an inhabitant of the tropical part of the northeast of South America: Brazil, Guiana, Trinidad, and Tobago. The fish lives in freshwater, rich in oxygen.

Plecostomuses usually go on sale with fry measuring 8-10 cm, but this size should not be misleading. At home, these catfish grow very quickly and after a year they can become 2-3 times larger. The minimum aquarium volume for keeping plecostomus is 200 liters, although adults will be most comfortable at 500-800 liters. The aquarium must be equipped with a lid because the fish can easily jump out of the container.

Coarse quartz sand or smooth rounded pebbles are suitable as soil. Natural driftwood should be present in aquariums with plekostomuses, as they are a source of additional cellulose for catfish, as well as a good place for the development of algae. In addition, it is convenient to make shelters from large snags, in which the plecostomuses will rest during the daytime. It is better to use hard-leaved plants, and stone their roots so that the catfish do not accidentally dig them out. 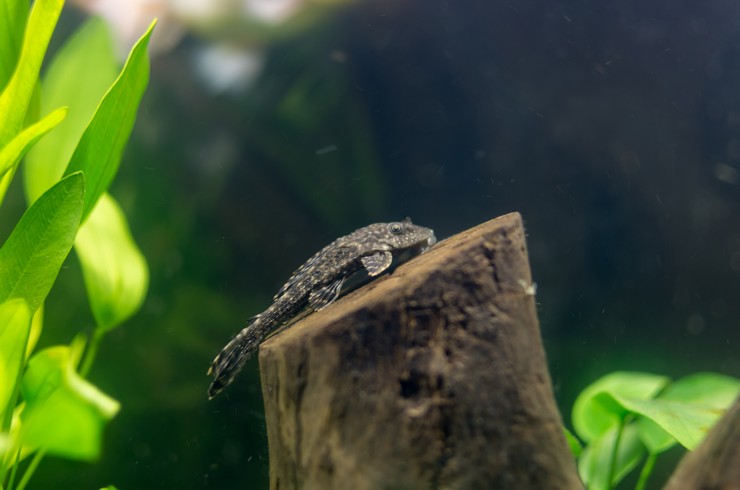 Plecostomus are crepuscular fish, so their main activity is manifested at night, you should not make too bright lighting in the aquarium, and the presence of a special night blue illumination will be just an ideal solution for observing the life of plecostomus.

Given the size of the fish, strong filtration and aeration must be provided. Obligatory water changes (up to 20% of the volume of the aquarium) are the key to the good health and longevity of the fish.

Young plecostomuses are quite peaceful fish. They can be safely kept both with their own kind and with other species in a common aquarium. However, with age, the character of the fish becomes more and more obnoxious. Natural territoriality begins to manifest itself, and the fish zealously guard their part of the aquarium, especially from their relatives or species that are similar in lifestyle (other catfish, cognatus, battles). 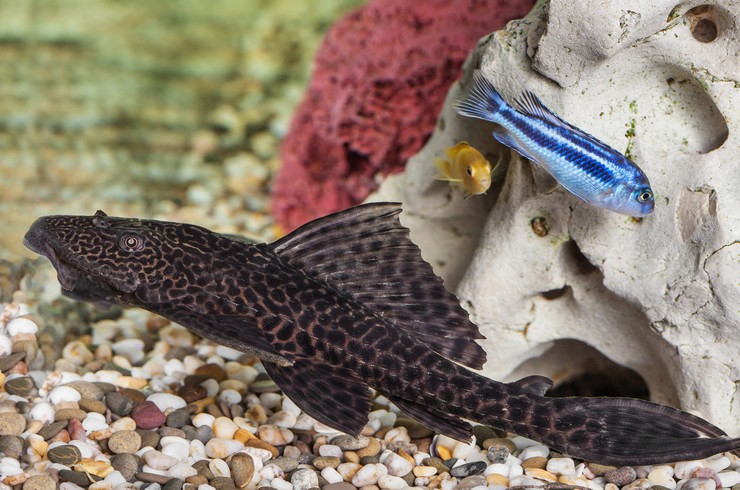 Large and medium-sized cichlids, barbs, gourami will become good neighbors for plekostomus. Do not plant plekostomus with very small fish. If young individuals do not pay attention to them, then adults can easily swallow the gape of the fish.

The diet of plecostomus is mostly represented by algae. They perfectly clean aquarium glass, decorations, and soil. If there are not enough algae in the aquarium, the fish will start eating up green plants. Therefore, it is important to feed the plekostomus with high-quality dry food for bottom fish. Tetra produces a range of foods specially designed for loricariid catfish – the Tetra Pleco series. They are available in the form of tablets (Tetra Pleco Tablets) or wafers (Tetra Pleco Spirulina Wafers) and contain a large number of herbal components for optimal digestion of herbivorous fish. The food sinks quickly to the bottom and retains its shape for a long time until it is eaten by the fish.

It is best to feed plecostomus once a day, after turning off the lights in the aquarium.

Unfortunately, it will not work to breed plekostomus at home, since it is unrealistic to recreate conditions for spawning in an aquarium. In nature, catfish dig caves along the river bed, in which eggs (up to 300 pieces) are deposited. Plecostomuses are caring parents. The clutch is guarded by both the male and the female, and after hatching, the fry feed on a special secret that is secreted on the body of the parents.

At fish farms in Southeast Asia, special artificial ponds are used for breeding plekostomus. After the fry is born and matured, the broodstock is transferred to a new pond, and the old one is drained and the fry is collected for sale.