The sound of the south: Spanish dog names are usually short, concise, and conjure up associations with vacation, summer, and the sea. For males, the dog names from Spain often end with an “O”, for females with an “A”. Pettime introduces melodious Spanish names for four-legged friends and explains their meaning. 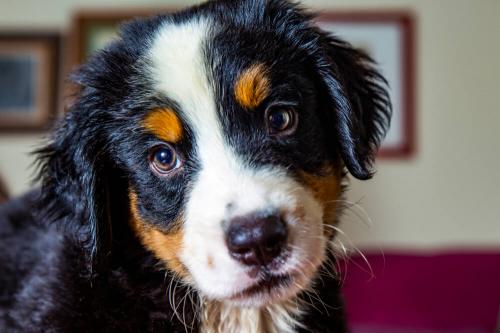 Does your new four-legged friend have the temperament of a southerner? Or are you planning to give a new home to a Spanish animal welfare dog? Then Spanish dog names are the right choice. The following Spanish dog names for males and dog names for females in Spanish score with a beautiful sound and convince with a great meaning.

A name matching the coat color: Blanca means “the white one”. Further translations are “the shiny” or “the radiant”. Examples of dog breeds with white fur are Maltese, Samoyed, or White Shepherd Dogs. Also possible: All females with a shiny coat or a radiant facial expression.

Very popular and suitable for small breeds of dogs: the name Chico means “small”, “young” as well as “the boy” or “the boy”. Chica is the female version and can be translated as “little girl”. A suitable breed of dog for the names Chico and Chica is Chihuahuas.

Associations of a fiery Spaniard come up with the name “Diego”. Perfect for Podencos, Galgos, and Spanish Water Dogs. The “Spaniards” behave very calmly at home, but outside in the fresh air they can hardly be stopped. The meaning of the name is not entirely clear. Possible translations are “the one who protects from God”, “the teacher” or “the heel holder”.

When a four-legged friend moves in, pure life comes into the house with it. Evita means “the life” or “the life-giving one”. Therefore Evita – the Spanish nickname Eva – is perfect for all lively bitches. It’s a great name idea for active dog breeds, such as border collies or Australian Shepherds.

Lola, the Spanish nickname of Dolores means “the free woman” or “pain”. The name is popular for girls in Spain and dog owners are also increasingly opting for the melodious name. Suggested dog breeds that will listen to Lola include Whippets, Boston Terriers, and Dachshunds.

A bear: In Spanish, the bear means “el oso” and Osito is the belittling. Some breeds of dogs bear some resemblance to bears. Breeds of dogs with a bear-like appearance include Newfoundland dogs, Chow Chows, and Caucasian Ovcharkas. A small representative that resembles a teddy bear with its plush fur is the dwarf pomeranian.

Little French – this is the translation of the name Paco. The nickname for boys is derived from the name Francisco. Paco is ideal for small males with a French background. A French bulldog or a papillon is a possible namesake on four paws.

Sounds sweet and a little cheeky: The name Pepita is the Spanish female short form of Joseph. It’s easy to pronounce and original. A lovable Yorkshire Terrier, for example, would make a great namesake for Pepita. But it is suitable for all bitches who wrap everyone around their fingers with their charm.

Zorro is known for the character of the novel of the same name, who was out and about with a black mask and cloak as the avenger of the poor. Less known is its meaning, which is perfect for some dog breeds: Zorro means “the fox” or “the fox fur”. The Shiba Inu, for example, looks very much like a fox.