Several stray puppies found themselves on a footbridge in China. The bridge is covered with glass, so the poor dogs were probably scared in earnest. 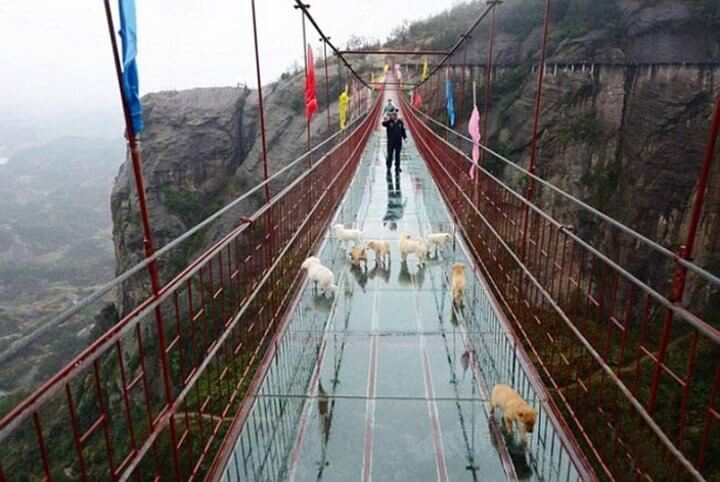 Despite the fact that the rangers of the bridge tried to call the puppies to them, they did not want to move into any of them. Again, because of the glass that covers the bridge. 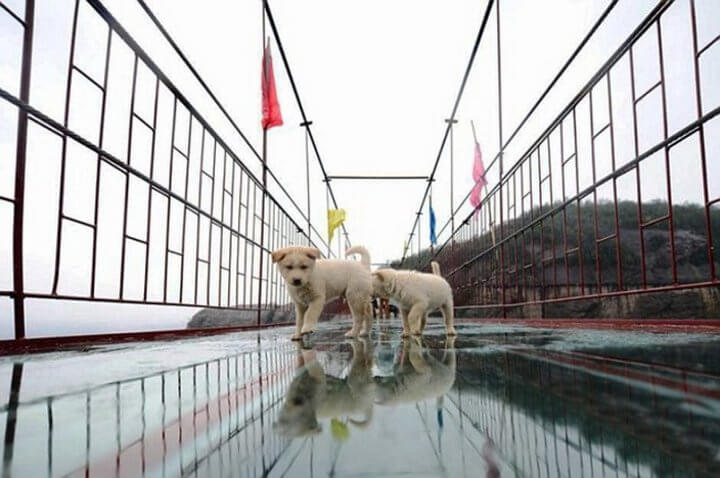 By the way, a person, not like a small puppy, can, in principle, be afraid of such a bridge. The fact is that this bridge, located in Hunan province, is one of the tallest in China. Its height is 180 meters! 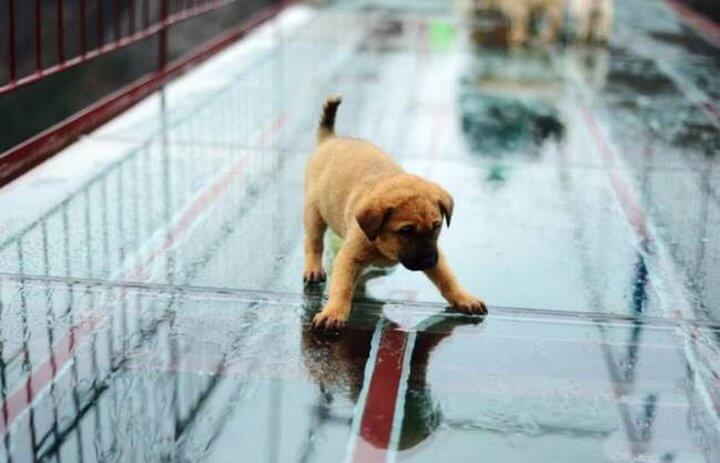 Fortunately, the police arrived in time to help the puppies. “We took them off so that they would not suddenly fall,” said one of the rescuers. 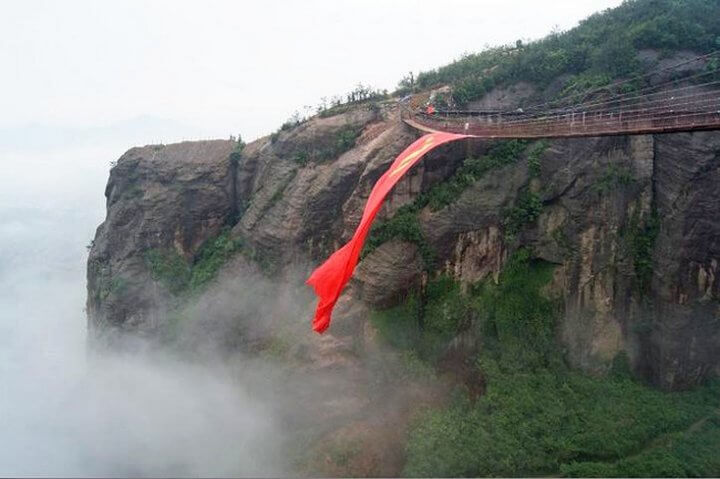 He also noted that the puppies on the bridge could be lured by short-sighted tourists who attracted the dogs with some food. And he asked all visitors to the bridge to never do this again. 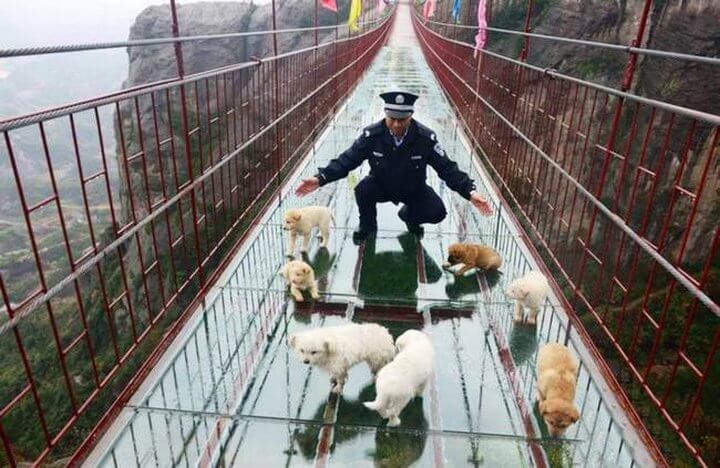