Whether moving in a puppy, handing over your own dog, or taking over from animal welfare: a sales contract for dogs makes it safer!

Do I Need a Sales Contract for the Dog? 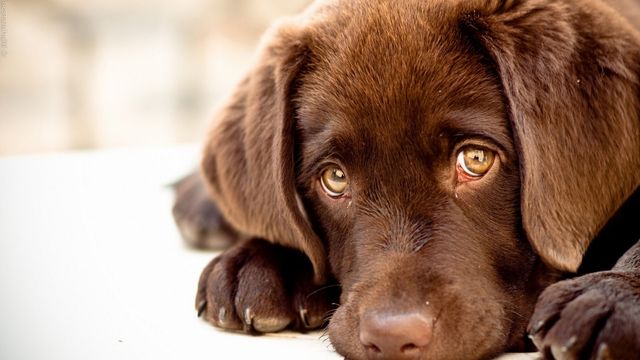 A sales contract for the dog is not mandatory but recommended. In plain language: No serious breeder will hand over a dog without a sales contract. Even animal shelters do not allow their protégés to move into their new homes without a corresponding contract. Anyone who sells a dog privately should also draw up a contract. The document does not always have to be called a “sales contract”. Other names are:

Protection Contract From the Shelter

“Protection contracts” or “brokerage contracts” play a major role, especially in animal welfare. Often animal welfare associations even write in the contract that it is not a “purchase contract”. They do this in order to avoid expensive “warranty claims” in case of doubt or to be able to take the dog up again in an emergency. In practice, however, the name of the contract does not play that important role.

What is in the Sales Contract for Dog or Puppy?

A sales contract for dogs contains the names and addresses of buyers and sellers as well as their identity card numbers. Mandatory information is also the date and the “object of purchase”, in this case, the dog, including the associated price. Sales contracts for dogs can also contain numerous other information. For example:

Many breeders have written that the buyers keep the dog in a species-appropriate manner and that they have to inform them about relevant illnesses or the death of the dog. Further details can be regulated in the sales contract. For example, that the seller reimburses the buyer of the dog part of the purchase price if he has the dog examined for hereditary diseases such as hip dysplasia or patellar luxation. Because some breeders collect as much feedback as possible on their offspring in this way. In this way, they can take into account the findings for future breeding. Obligations such as rights of first refusal or castration clauses do not always exist in court.

What Happens in the Event of a Breach of Contract After Buying a Dog?

You should only sign a sales contract for dogs once you have agreed to everything. Usually, there are good intentions behind the clauses.

For example, a breeder who agrees on a right of first refusal wants to make sure that his protégé is in good hands. If the breeder receives a resale afterward, contractual penalties in the form of payments are due for good reason. Often these are already mentioned in the sales contract. Anyone who has a bitch that is not approved for breeding will be asked to pay. So it is best if both sides adhere to the sales contract.

But there are always controversies surrounding sales contracts for dogs. In the first step, those involved should seek a conversation with one another. If there is no agreement, it makes sense to seek legal advice.

Are Contractual Penalties Permitted in Sales Contracts for Dogs?

Some German courts have ruled that contractual penalties are generally permissible. However, these should not exceed the purchase price or the nominal fee for the animal. They are also only due if the buyer is to blame for the breach of contract.

“Defects” After Buying a Dog

From a legal point of view, dogs can have defects after purchase. A sales contract can regulate a few things, but also exclude liability in the event of defects. This is particularly important in the case of dogs intended for breeding or sick animals. In males, for example, a non-descending testicle (cryptorchidism) can lead to the dog being unsuitable for breeding.

Parasites that are invisible at first glance, such as giardia or serious hereditary diseases, lead to disputes between seller and buyer. A health certificate issued immediately before the handover can help to clarify whether the animal was sick before or after the purchase.

Can a buyer resell a dog without informing the breeder or animal welfare? A controversial topic! Basically: Yes, a third party can become the legal owner of the dog despite the prohibition of resale. In most cases, rights of first refusal for breeders or animal welfare, which are linked to contractual penalties, make more sense than bans.

Right of First Refusal for the Seller

If a breeder contractually grants himself a right of first refusal, this means: He must be the first to be informed if the current buyer no longer wants to keep the dog. The breeder is then allowed to “buy back” his former dog at a usually reduced price. The seller’s rights of the first refusal exist in court, but contractually stipulated buyback prices are often a problem. In case of doubt, breeders should seek legal advice on this.

Are animal welfare workers allowed to visit their former protégé to see if he is okay? Visiting rights in sales contracts for dogs are permitted. However, very narrow limits apply here in order not to restrict the rights of the new owner too much. If you want to be on the safe side, ask a lawyer who specializes in animal law in advance.

We are familiar with the obligation to leash in certain areas or for so-called “attack dogs”. But also some animal welfare associations make a leash requirement part of a sales contract. They want to prevent their protégés from escaping, for example when arranging very independent greyhounds. Do you have to stick to it? At least in the first few weeks. But a leash obligation for months would put the buyer at a disadvantage and is therefore ineffective.

Draw Up a Sample Sales Contract for a Dog

Do you have to part with your four-legged friend or are you looking for a home for puppies? Then you should draw up a sales contract for the dog. If you are a registered breeder, the best thing to do is to contact your club. Experienced breeder colleagues will provide you with a template. Ideally, this is already tailored to your breed. For everyone else, the following applies: Talk to the local animal welfare association – they can also help you with the mediation. Forms for sales contracts for dogs can also be found on the Internet. Check carefully whether the contract fits your situation.