What would you do if you saw an animal drowning in the ocean? I think many would try to save it. It is so? What if this animal turned out to be a 200-kilogram bear? 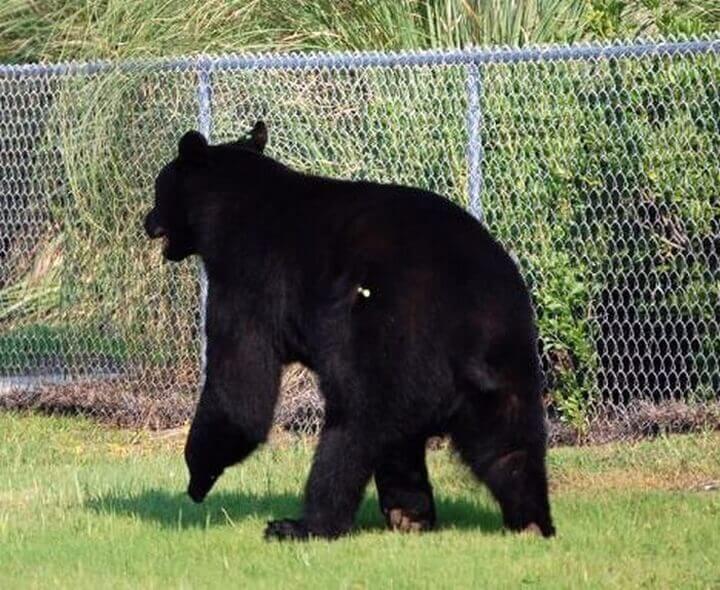 A large black bear wandered into the courtyard of a residential building in Florida, the owners of the house were not scared and immediately called the police to drive the bear away, but the bear did not want to leave. Then it was decided to shoot him with a tranquilizer dart. After the dart was in the bear, the substance began to act little by little, and the bear panicked and ran towards the ocean. Where the tranquilizer fully affected him, knocking out the bear in the water right during the swim. 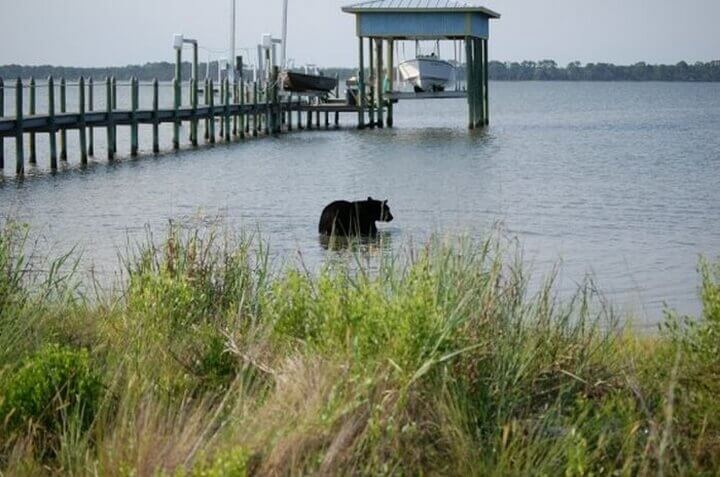 But after the shot, the bear began to panic and, fleeing from the officers, ran to the ocean. 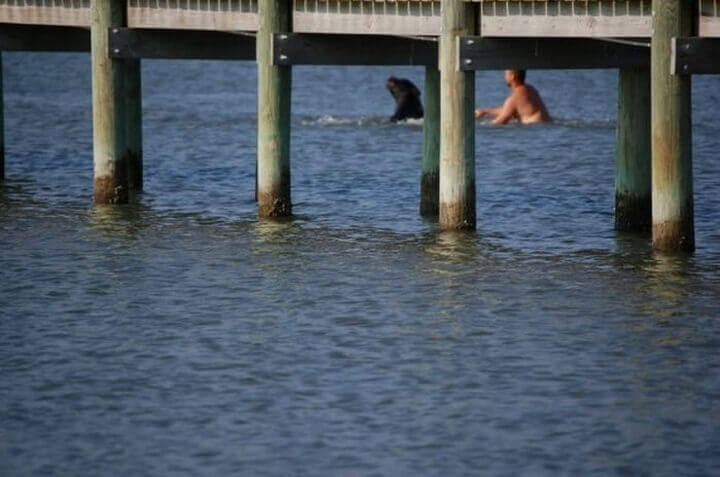 It went into the water and swam, and the further it swam, the more the tranquilizer acted on it. The bear swam until the moment when it began to fall asleep and drown. 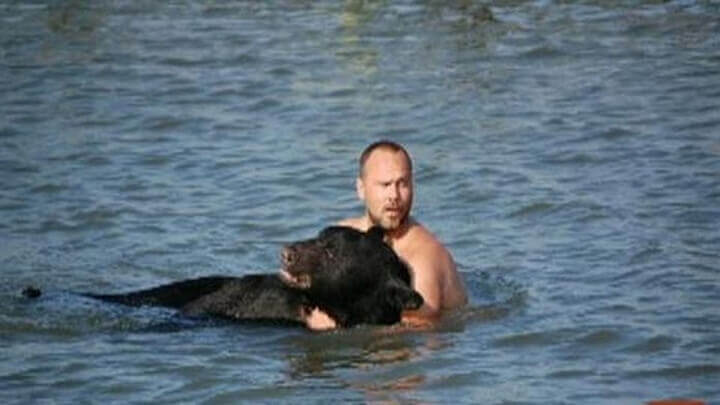 Wildlife biologist Adam Warwick then realized it was time to act and rushed into the water to save the bear. 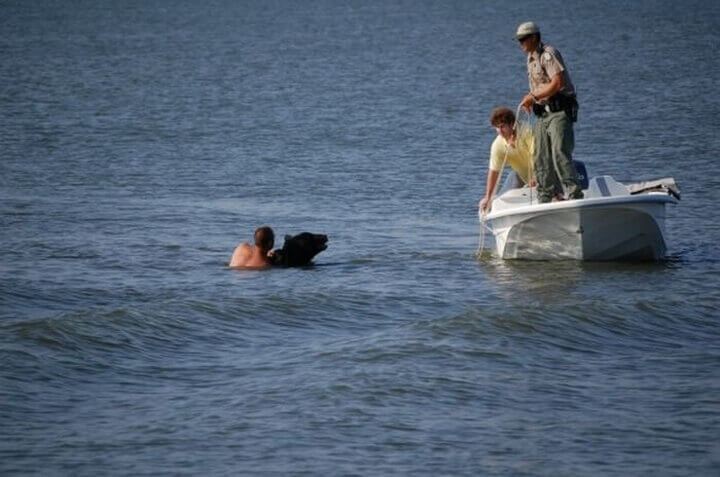 Eyewitnesses were simply shocked by everything that happened. 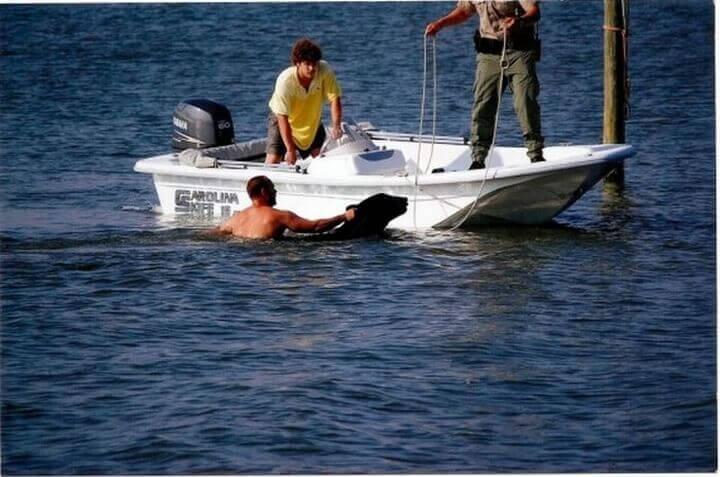 “It was a defining moment. I had a lot of adrenaline in my blood when I saw a bear drowning in the water,” said Adam 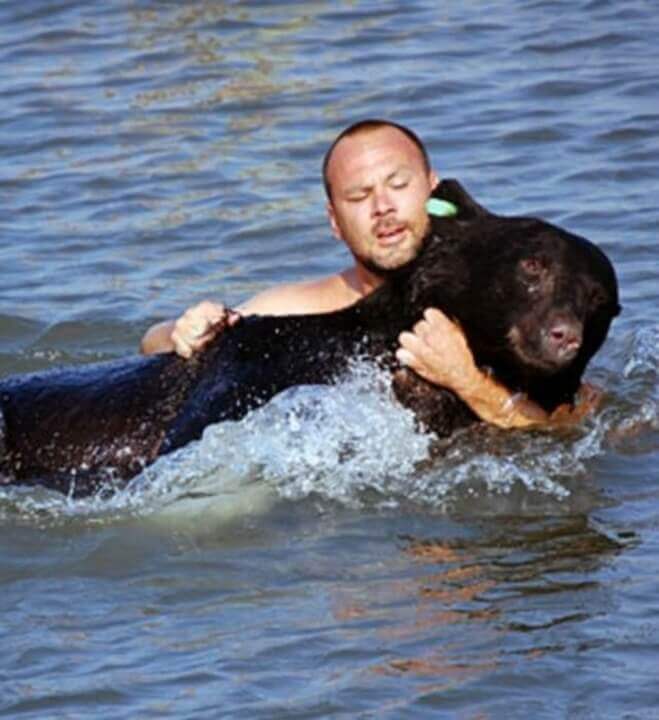 He even forgot that a two-meter bear can simply tear him apart. When Adam swam to the bear, it could no longer stay on the water, its paws ceased to obey it. 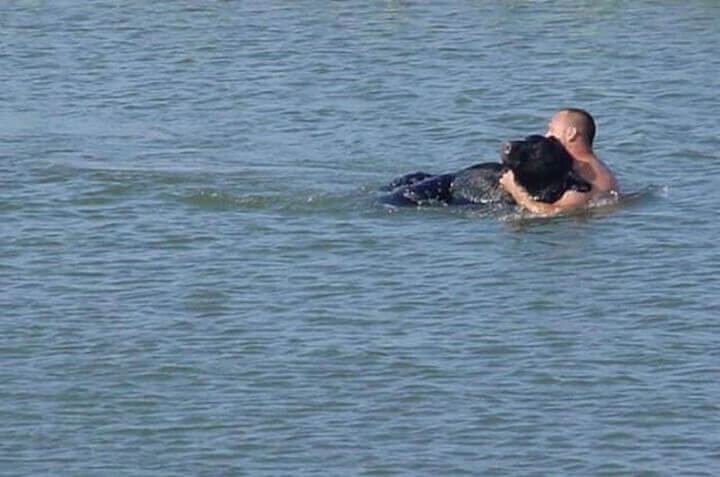 The biologist reacted quickly, he grabbed the bear by the neck and held its head above the water. 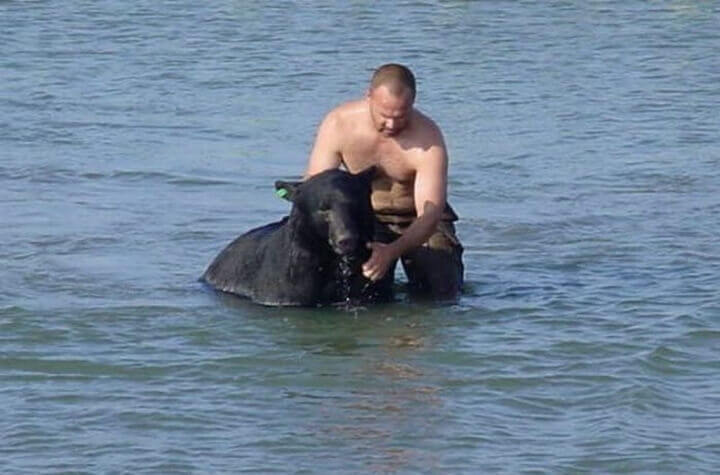 It was very difficult for Adam, but he did not give up. 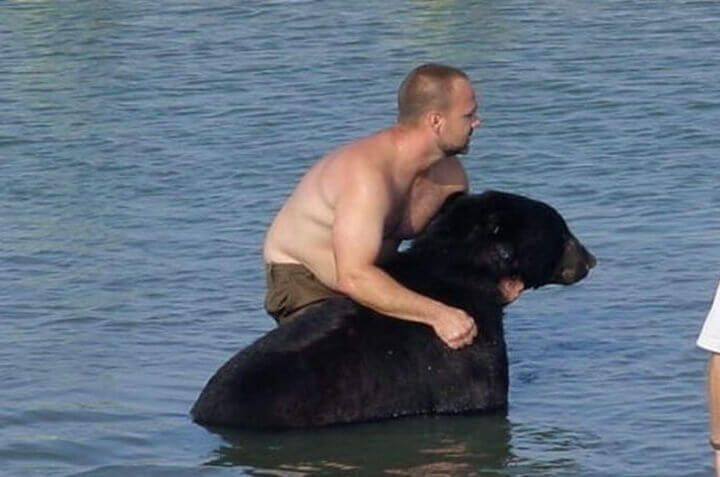 Everyone held their breath watching as Adam dragged the 180-kilogram bear ashore. 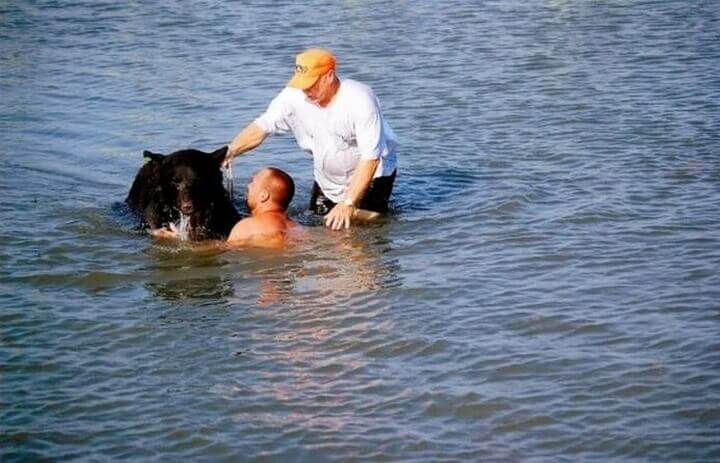 The man was practically not injured, except for scratches from the bear’s paws and a shell cut on his leg. 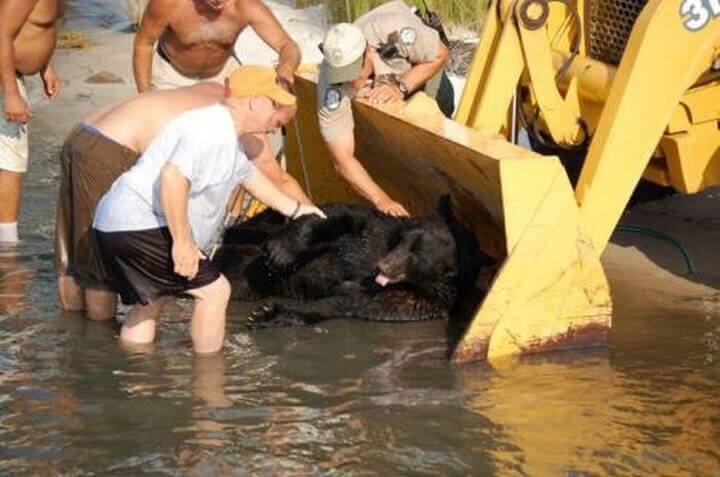 Other members of Adam’s team arrived in time to see the “drunken” bear and the emaciated man.

With the help of an excavator, rescuers took the bear back to Osceola National Reserve. 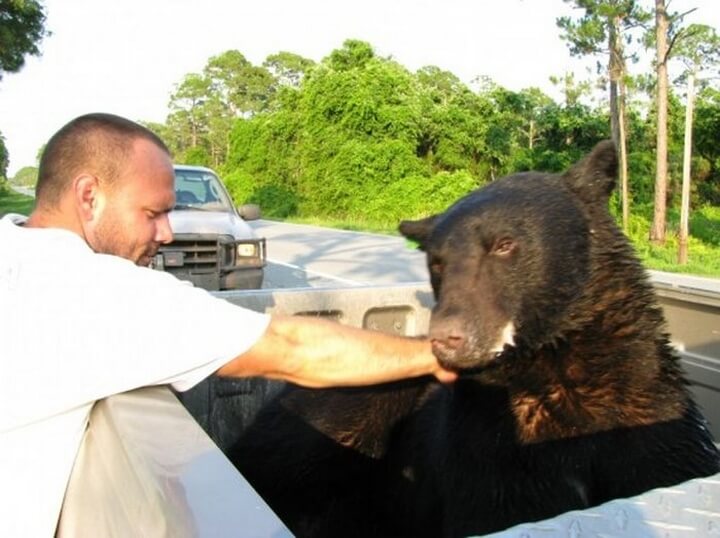 We do not think that soon, the bear will want to swim again. 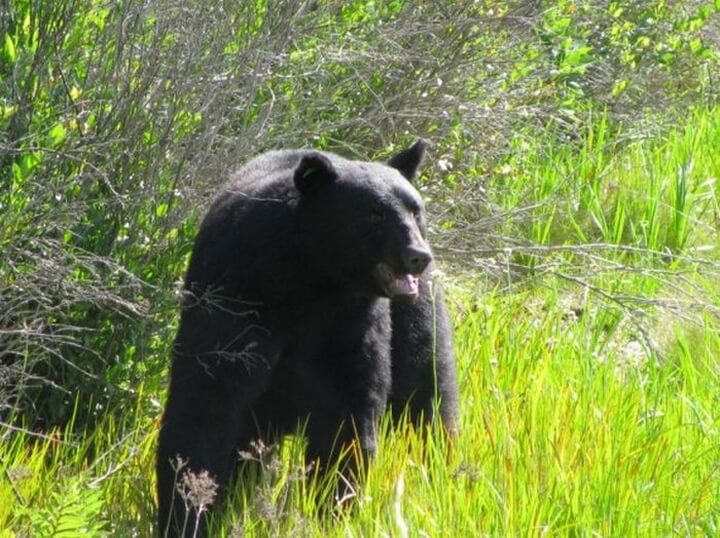 After the bear came to its senses, it began to look much better than it was in the water. This is a story about a poor bear and a brave man who risked his life to save an animal.