The life span of a Rhodesian Ridgeback is 10–12 years. 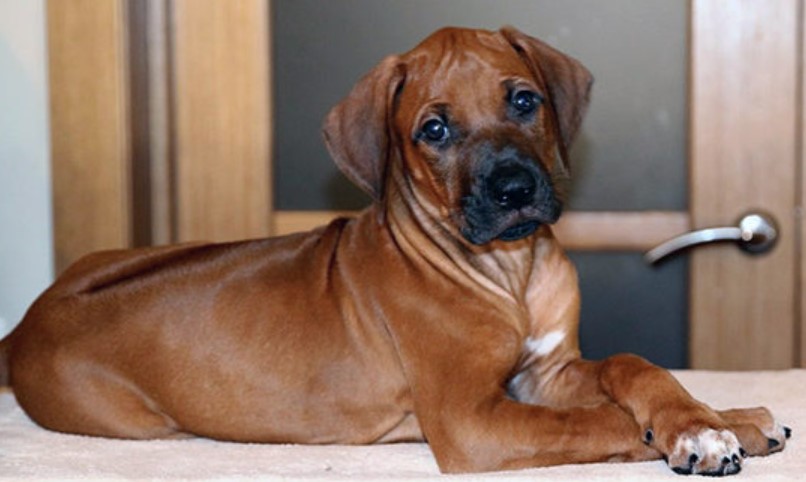 The weak point of the powerful organism of the Rhodesian Ridgeback can be called the musculoskeletal system. Representatives of this breed have problems due to instability of the cervical spine, a common disease is dysplasia of the joints – hip or elbow.

Decreased thyroid function, myelitis, and meningitis are common. At-risk – the eyes and drooping ears of the pet.

Most often, the following diseases are found in dogs of this breed:

Dogs of this breed are also prone to obesity, ear infections, and allergies.

This energetic dog can be kept at home, provided the appropriate level of physical activity in the fresh air. It is very important that the Rhodesian Ridgeback has enough space, this can be a large courtyard of a country house, a park, or other places where he could run and play to his heart’s content.

Exercise is very important for Rhodesian Ridgebacks, even if it does not affect their guarding or sentry ability. These very hardy dogs were specially bred to run and hunt. People who are fond of running are very suitable owners for this breed, as Rhodesian Ridgebacks are tireless runners capable of covering very long distances.

Please note that “domestic” Ridgebacks shed minimally, but constantly. On the other hand, the Rhodesians kept on the street are characterized by marked periods of more intense molting. It is advisable to brush the coat several times a week, claws should be shortened regularly, and ears should be kept impeccably clean.

While bathing, it is good to use a rubber glove to remove dead hair and a soft natural bristle brush with a little bit of coat conditioner, coat gloss, or coat oil to make the dog’s coat shine.

If the Rhodesian Ridgeback has hard elbows, you can lubricate them with a little cream.

The Rhodesian Ridgeback is a born hunter and predator, accustomed to foraging in their natural environment.

For him, it is important to eat low-fat meats (rabbit and chicken are recommended to be boiled beforehand), offal (liver and scars are best offered raw), and raw cartilage. Fish of such a dog is offered marine varieties and only thermally processed.

A necessary component of the diet is rice and buckwheat porridge, dairy products, eggs.