The history of the Rottweiler breed is shrouded in mystery. There is no reliable information about the appearance of the ancestors of Rottweilers in Germany. However, there is reason to believe that strong, calm dogs accompanied the legions of the Romans on campaigns to other countries. And in Rome, Molossians came from Asia, where they guarded livestock and dwellings. 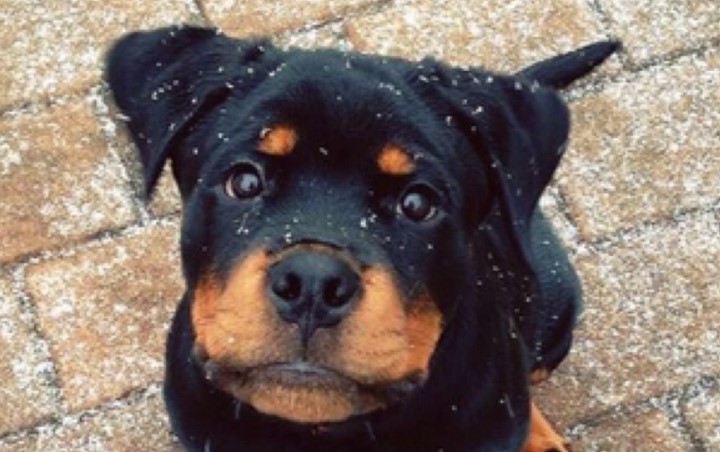 The area, after which the Rottweilers were named (Rote Weil – Rottweil), was occupied by the Romans, but later the Swabian tribes drove them out of there. Them, but not the dogs. The remaining dogs were crossed with other breeds and subsequently gave a “start in life” to many breeds that were completely different from each other.

The ancestors of the Rottweilers were butcher dogs. Since the cattle were driven under their own power, dogs were indispensable. The dogs that helped the butchers were famous for their remarkable intelligence, but at the same time, they had a harsh character. Often, butchers, fearing that the celebration of a successful deal would leave them without a livelihood, hung bags of money around the dogs’ necks, which guaranteed the safety of their earnings. In addition, Rottweilers pulled carts.

Then railways appeared, and at the end of the 19th century, it was forbidden to drive cattle on foot, and the need for Rottweilers disappeared. The history of the Rottweiler breed has fallen on hard times. The dogs themselves would have disappeared, if not for their undoubted merit – excellent guarding qualities. They were distinguished by their courage and the ability not to give in to any attacker. Therefore, Rottweilers retrained and moved to the category of service dogs. The popularity of the breed began to grow after the sergeant of the police with the help of such a dog dispersed a whole crowd of raging drunken sailors.

In 1921 the German Rottweiler Club was founded in Stuttgart. This club owes the honor of the developers of the first breed standard, they also planned how the Rottweilers would develop. Gradually, the requirements for dogs became more and more stringent. The club still exists. The merit of its members is that, despite the modern fashion for the exterior, working qualities are still important for the representatives of the breed.

Currently, Rottweilers are one of the most popular breeds in the world. The popularity is due to the fact that a well-bred Rottweiler is a tactful, delicate dog, quite friendly, but at the same time always ready to defend the owner. There is no need to try to grow an evil monster out of him – you can succeed and pay dearly for such an endeavor.