The Rottweiler is a loyal, protective, and intelligent Molossian. But what about when a purebred Rottie mates with another breed of dog? Find out everything you need to know about the upbringing, health, and temperament of a German Shepherd-Rottweiler mix and other Rottie mixed-breed dogs in this article!

What is a Rottweiler Mixed Breed? 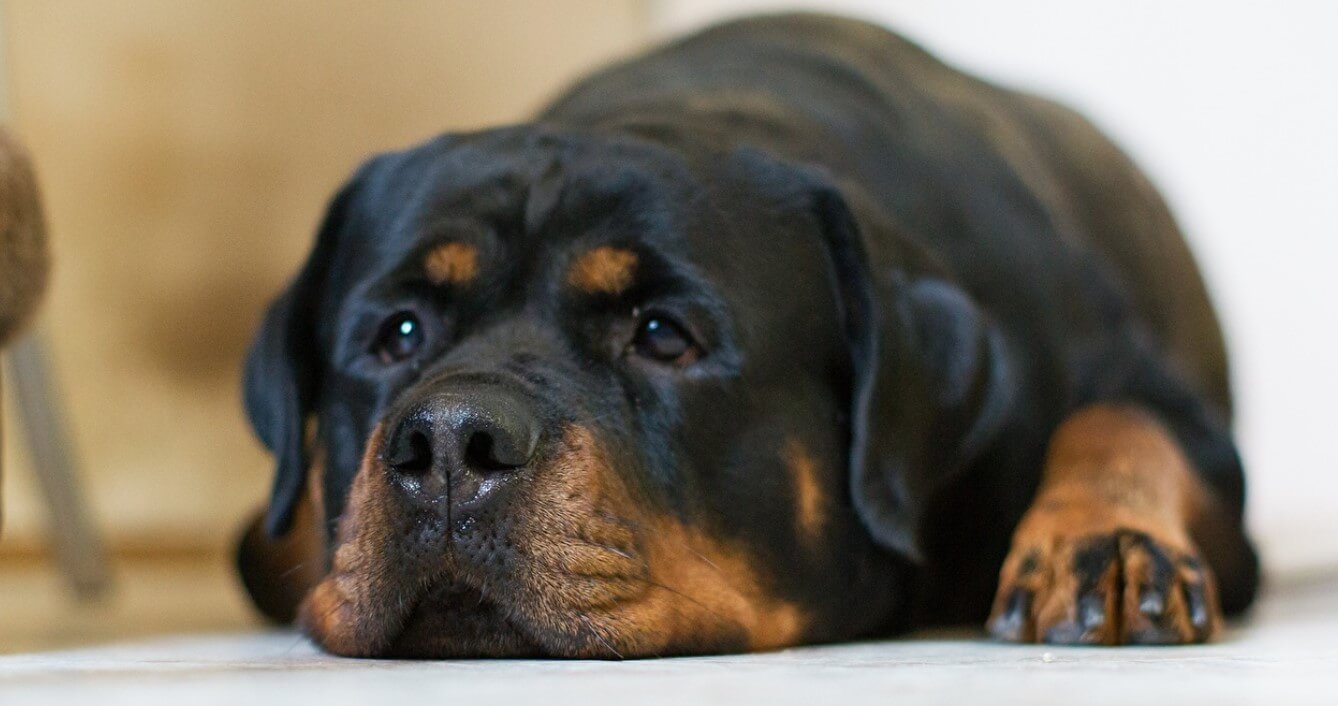 A Rottweiler mongrel is usually created by crossing a purebred Rottweiler and another breed of dog. Crossing two Rottweiler Mix dogs are also conceivable. The following hybrid dog breeds can often be found:

Can the appearance of the offspring in a mixed breed dog be accurately estimated? That is difficult because even within a litter the siblings are often a colorful group. Nevertheless, it is important to know which external characteristics a Rottie has and which may be passed on to its protégés.

The Rottweiler breed is characterized by a muscular physique. Its size fluctuates between 56 cm and 68 cm, depending on gender. This makes him one of the medium to large breeds of dogs.

The tan fur is characteristic of the Molossian. In detail, it has pure black as the main color, which is supplemented with clearly defined red-brown markings. Its jaw is strong and wide, and its ears are kinked rather than upright.

In terms of essential characteristics, the Rottweiler can also transfer some interesting traits to its offspring. These include:

A rottweiler is a sturdy and resilient dog. However, they are at increased risk of suffering from certain diseases during their lifetime. Unfortunately, he can pass this risk on to his offspring. Possible diseases include:

How Do I Raise a Rottweiler Mix?

First of all: five federal states have the Rottweiler as a list dog and he is certainly not suitable for beginners. Some Rottweiler mixed breed dogs come from the animal shelter and are only given to dog owners who are experienced in their breed. If necessary, the adoption is linked to certain templates.

It should be noted that many Rottweiler mixed breed dogs are strong dogs that can also develop a distrust of strangers. The following tips are helpful in bringing up:

How Do I Keep a Rottweiler Mix?

There is no one-size-fits-all solution for keeping a mixed breed Rottweiler. After all, dogs are individuals and, particularly in the case of hybrid dogs, reliable predictions cannot be made. But one thing is almost certain: if a Rottweiler mates with a German Shepherd, Pitbull, Labrador, Doberman, or Husky, a litter of active dogs is born.

Future adopters can look forward to joint activities such as bikejöring, jogging, or swimming. It is important that particularly heavy mixed-breed Rottweiler dogs and young dogs refrain from dog sports that could damage their joints.

A Rottie Mix is likely to inherit a keen sense of smell. Therefore, sniffing games in the garden through to demanding mantrailing are ideal to use your outstanding nose.

Since this type of mongrel is a medium to large-sized dog, a house with a yard is beneficial. But living in an apartment is also possible under certain conditions.

If his family spends several hours outdoors with him every day, a Rottweiler crossbreed is completely relaxed and satisfied. Time with his family will always be more important to a Rottweiler than a garden.

Dobermann and Rottweiler – both are German dog breeds that are perfect candidates for the post as guard dogs. Together they share their black, short fur with reddish-brown markings, although brown fur with rust-red blotch also occurs in the Doberman. No matter which genes ultimately dominate – this mix is looking for active people who can help them discover the world.

What happens when a sled dog meets a Rottie? It is quite possible that the puppies will grow into large, stocky four-legged friends that are very similar to the Rottie. But there is another way: A Rottsky – that’s the English name – often has medium-length fur and the typical blue husky eyes. This mixed breed is sure to be enthusiastic about dog sports such as canicross or bikejöring.

The Labrador – the most popular dog in Germany – impresses with its friendly and uncomplicated nature. If a Labbi crosses with a Rottweiler, the retriever part can defuse the stubborn nature of the Rottweiler a little. However, this hybrid is not necessarily the light version of the Rottie. Good to know: Both parents gave him the joy of swimming in his cradle.

If a Pitbull Rottweiler is mentioned, it is either a hybrid dog from the USA or an American Staffordshire Rottweiler mix in this country. Because: The introduction of pit bulls to Germany is prohibited. Both Pitties and Staffies share their playful and clown-like character. If you add a Rottweiler, you can expect a medium-sized four-legged friend that is particularly affectionate and enthusiastic about sports.

A German Shepherd-Rottweiler mix – also called Rottie Shepherd in English – is characterized by a muscular build and stately size. The protective instinct that he inherits from both parents makes him the ideal watchdog. The mixed-breed dog needs sufficient activity in the form of long walks and dog sports such as canicross, jogging, and tracking.