Sailfin Molly (Poecilia latipinna) is an unpretentious fish. It is characterized by an enlarged sail-shaped dorsal fin with a long base. Peaceful schooling fish. Omnivorous. Prefers an aquarium with dense vegetation and plenty of free space. Viviparous. Suitable for beginner aquarists. 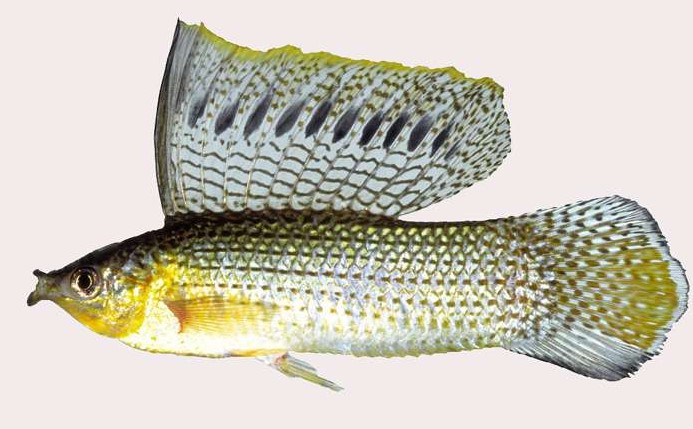 Sailfin Molly has an oblong body. Its dorsal fin is elongated; in some fish, the tail is in the shape of a month. A large number of different forms have been obtained from this species by selection: orange, red, black, and speckled colors. Females of this fish species are larger than males; in natural conditions, their body length reaches 12 cm (males are about 10 cm long).

Habitat these fish are from the southern states of the USA, Mexico, from the Florida Peninsula to the Yucatan Peninsula. These fish love coastal fresh and brackish waters, swamps, estuaries, ephemeral bodies of water (for example, ditches on the side of roads). Small and large flocks are found under floating vegetation or near a variety of shelters. 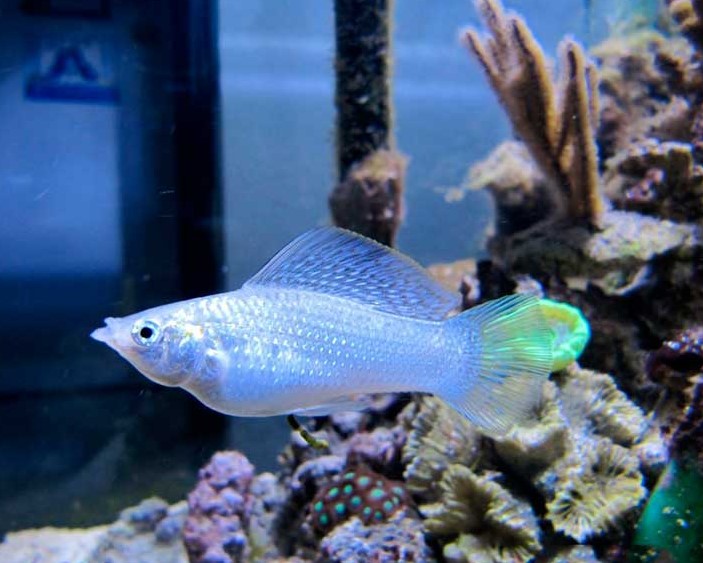 Sailfin Molly is a peaceful and calm fish. An aquarium with a volume of 80 liters or more is suitable for its maintenance. It is believed that the larger the aquarium, the more beautiful the fish will look. Molly can be kept in pairs or in a small group with a predominance of females. Fish are active and jump out of the water quite often, so an aquarium cover is necessary. To improve the well-being of Sailfin Molly, it is advisable to salt the water in the aquarium by diluting table salt in it in a proportion of 1-4 g / l. The perimeter of the aquarium should be densely planted with a variety of plants. The lighting should be bright. It is advisable to systematically allow direct sunlight to enter the aquarium. 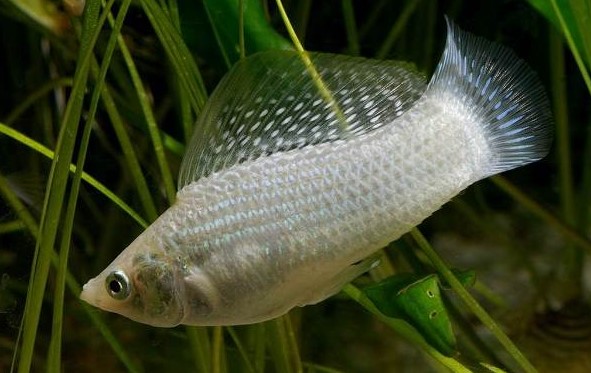 Sailfin Molly reaches maturity at the age of 6-8 months. A pregnant female with a rounded abdomen is placed in spawning grounds with a higher water temperature – 26-30 ° C, while her hardness dH should not exceed 12 °. One female spawns from 50 to 200 fully viable fry, depending on her size. Immediately after spawning, the female is deposited, and the fry is fed with brine shrimp and mashed boiled yolk. Sailfin Molly has a lifespan of about 8 years in aquarium conditions. 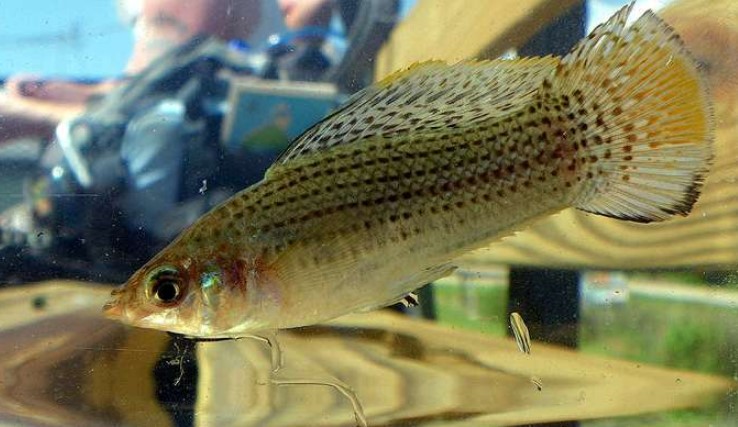 The menu of these fish consists of various plant and animal foods. They gladly eat algae, spinach, and lettuce leaves, do not give up tubifex, bloodworms, and brine shrimp. In order for the fish to be always healthy and delight you with their beautiful appearance, plant food should prevail over other foods.