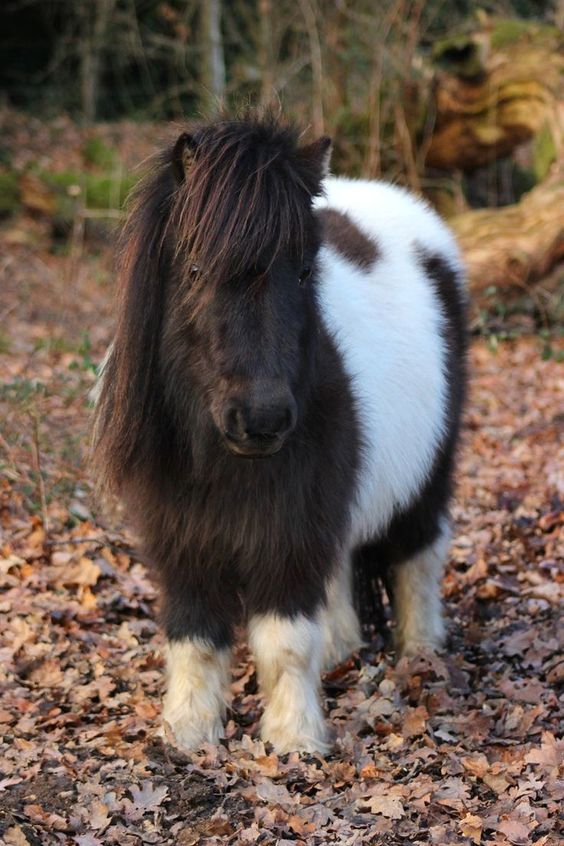 It is impossible to establish the exact time of the origin of these small horses, but it is known that wild ponies have lived on the Shetland Islands, possibly since the Bronze Age, and since then have been actively used by local residents to perform various jobs.

The original Shetland ponies were very shaggy due to the harsh climatic conditions of their native habitat. In winter, these small horses grew a thick coat that protected the animals from frost and allowed their skin to remain dry even in very humid weather. The mane and tail, both in the ancestors of modern horses and in their descendants, were very thick, which also gave additional protection. In addition, modern Shetland ponies also have thick bangs, which are the natural protection of the horse’s muzzle from wind and cold. And the special, even step of this breed with a high rise is the consequence of the fact that the animals adapted to the uneven, rocky relief of the islands.

Many centuries ago, the inhabitants of the islands successfully domesticated ponies, starting to use them for their household needs. Despite their small size, the ponies successfully transported peat from swamps to villages and were used to tow heavy loads. In addition, already during the colonization of America, a fairly large number of Shetland ponies were taken there to work in coal mines. Surprisingly, many of those ponies were even born underground and never saw daylight in their entire lives, always being in the mines.

For its size, the Shetland Pony is the strongest breed. These horses have a full-body, legs are short and muscular. Despite its plumpness, the body is actually muscular. The head is small, the forehead is wide, the ears are small. 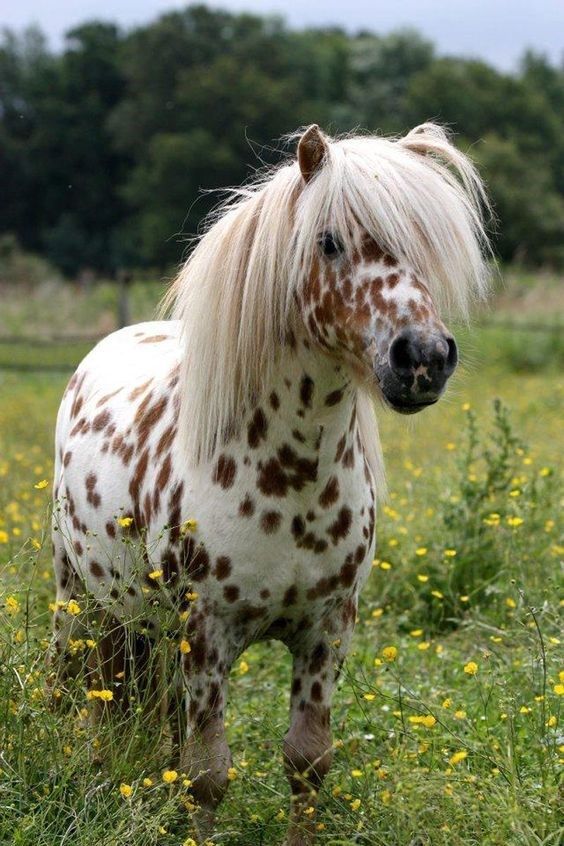 The hooves of the Shetland pony are firm, large, the legs, despite their shortness, are strong.

The color of this breed can be very diverse, but most often there are piebald animals – white spots spread over any basic color. There are ponies black-piebald, red-piebald, as well as pure black and light gray.

Shetland ponies have a fairly long lifespan – up to forty-five years or even more, but the average duration is about thirty-five years.

Until recently, Shetland ponies were recognized as the smallest breed among horses, until breeders became aware of the Falabella. The height at the withers of Shetland ponies does not exceed 107 centimeters. The constitution of these stunted horses is strong, it is not for nothing that they were used in agriculture, they are even called small draft horses. The head of these animals is small, the legs are short with strong hooves.

The coat of this breed is coarse and long. Such “clothes” are simply necessary for these horses because the climate on their ancestral lands is not hot. The tail and mane are very thick, although modern horses are often clipped to give a more polished look, for example, for the purpose of participating in races. As for the suits in this breed, there is a wide variety.

Scotland is considered the birthplace of these cute creatures. It was on the Shetland Islands that this miracle appeared, which the whole world admires today. The story goes that horses in the Shetland Islands have been known for more than one century, moreover, it is believed that the ancient ancestors of horses settled in this area when it was in the second millennium BC.

Today, the Shetland pony breed is not only decorative but even suitable for doing housework. As a separate breed officially designated by horse breeders, the Shetland pony took place in 1890. Now, these horses are bred not only in the UK but all over the world.

For several centuries, until the 19th century, Shetland ponies were bred clean, since they were popular only in Scotland, they did not spread outside the islands. When export was established, first of all, the largest representatives of this breed were supplied. In order to meet demand, horse breeders began to cross with different breeds, resulting in new groups that were significantly different from the original population.

Purebred Shetland ponies in the Shetland Archipelago were mainly bred by the Marquis of Londonderry. Pedigree stallions raised in his factories have become the main breeding material for horse farms not only in Great Britain and other European countries but also in the USA.

In the history of the development of the pony breed, a law passed in 1847 is of great importance. In accordance with which in England, child and female labor in coal and lead mines was prohibited. Little hardy Shetland ponies have proved to be indispensable in the adits. For decades, Shetland ponies have toiled in dark mines, some of them born and died underground without ever seeing sunlight. Each pony traveled more than 4500 km a year and brought more than 3000 tons of useful rock to the surface. According to official figures, up to 1931, more than 16,000 Shetland ponies worked in the mines of England.

Distinctive features of ponies are their extraordinary mental abilities, as the owners of these horses say, they have “peasant ingenuity”. Ponies are extremely independent, this is also due to their isolated existence in the rugged lands of the Shetland Islands. Therefore, ponies require a special approach in the learning process. Talented circus trainers took advantage of this.

Another specific feature of Shetland ponies is the rapid gain in fat mass with the prolonged absence of physical activity. Therefore, in order to avoid the deposition of fat “in the emergency reserve”, you should carefully monitor the physical form of the little horse. 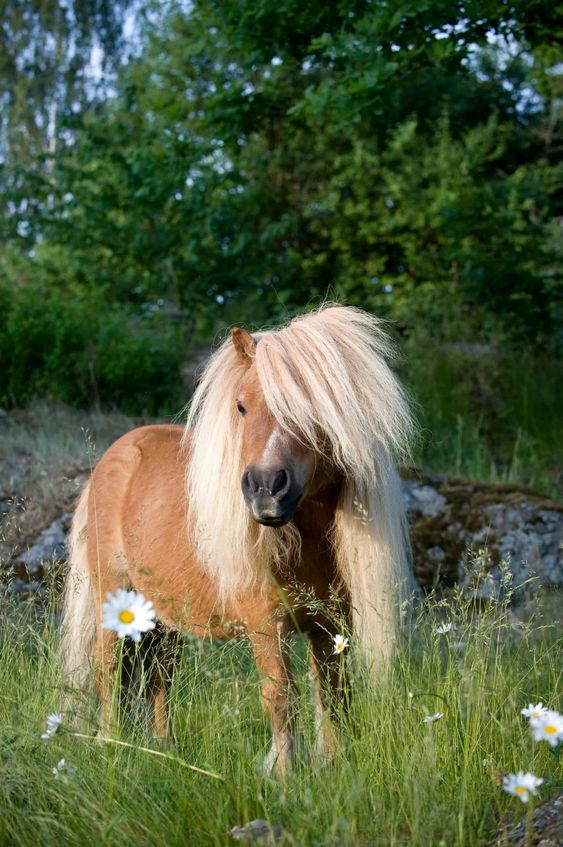 Perhaps no horse breed is as popular in the British Isles as the Shetlanders. They can be found everywhere: freely grazing in fields near the road and on hillsides, in zoos and specialized stables, in the circus arena and in children’s pony clubs, on private agricultural farms and state mines. The Shetland pony is by far the most numerous horse breed of horses.

Another use for Shetland ponies, completely new, is seeing eye ponies. In some countries, instead of a guide dog, they give birth to a Shetland pony. This proves once again that horses of this breed are unique and intelligent creatures. Indeed, in order to train an animal to be a guide, special natural qualities are needed, the Shetland ponies have plenty of them!