Shih Tzus are attractive and highly intelligent dogs. Increasingly, representatives of this breed can be found as pets in city apartments. They are also used in private houses. Miniature dogs become loyal friends for single people and join the collectives of large families. They are appreciated for their friendliness, lack of aggression, and good learning ability. However, the main feature of this breed, which serves as a selection criterion, is their small size. 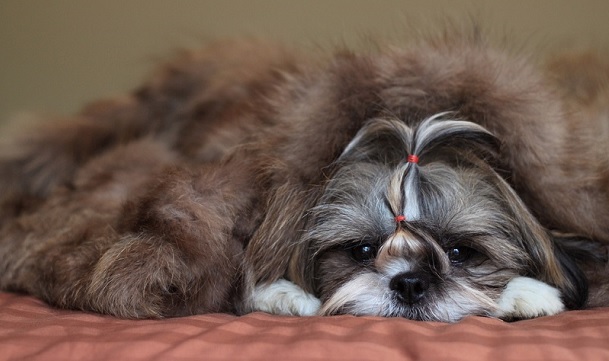 According to the standard developed specifically for the representatives of this breed, adults must have the following parameters:

If a dog’s height is more than 28 cm and less than 20, this is considered a significant defect. The same applies to the mass. Too thin Shih Tzu, as well as too fat can have health problems. Such dogs are usually not allowed to participate in dog shows.

As for the puppies, at the time of purchase, they must be at least two months old. So, a baby at this age should weigh about one and a half kilograms at least. The maximum allowable weight for a two-month-old puppy is 3 kg. Do not worry that such a pup will grow too big. Representatives of this breed are classified as fast-growing. Even a three-kilogram purebred puppy in the future will weigh no more than seven to eight kilograms.

In a kennel, it is better to pay attention to medium-sized puppies. It is better not to buy too thin, as well as too plump babies. The latter may be prone to diabetes. The former, most likely, did not receive enough breast milk. This will affect their health in the future.

Attention should be paid to proportions. Both puppies and adults should have a rectangular torso and short legs. In the Shih Tzu, the length from the tips of the paws to the withers is shorter than from the withers to the tail.