However, there are features that are specific to the husky. 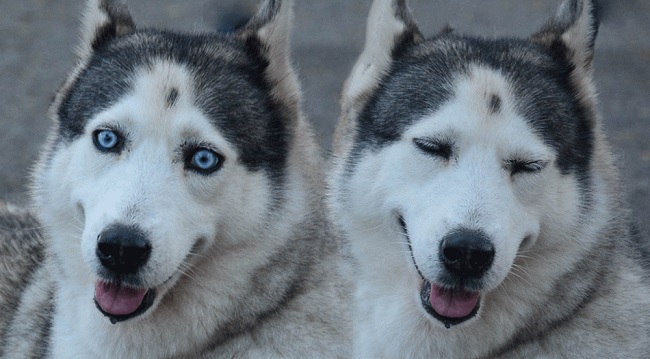 Keep in mind that the husky sheds heavily during the heat.

As far as husky mating is concerned, in dogs that live in the north, in almost natural conditions, mating is the result of a long relationship between a male and a female. In urban conditions, they cannot imagine a similar courting process, and sometimes it is completely absent (for example, if the bitch had to go to the dog for hundreds of kilometers).

However, huskies rarely help people in this process and do an excellent job on their own.

It is better if the breeding of husky dogs is planned in the territory under the jurisdiction of the dog. This will make the dogs less nervous and will not waste precious time trying to sort things out.

However, in any case, the husky will take time to get acquainted and proceed directly to mating.

If the dog is too excited, he is isolated for a while.

To consolidate the success, it is better to plan a re-mating – in two days.

Take good care of your husky during pregnancy and monitor your dog’s health. The condition of future husky puppies largely depends on your responsibility.