Inflammation of the pancreas in dogs can have many causes. The tricky thing about the condition is that the symptoms are similar to those of other diseases. This article explains what pancreatitis means for a four-legged friend.

What is the Pancreas Used For?

The pancreas – in technical language: pancreas – is an important glandular organ. It is located between the stomach and the small intestine. The pancreas has two tasks: On the one hand, the pancreas produces pancreatic juice. The liquid neutralizes the gastric juice and passes it on to the small intestine. The gland is responsible for the production of digestive enzymes and breaks down the nutrients from the meal. This part of the gland is the exocrine element, which means “emitting to the outside”.

Then there is an endocrine (inwardly releasing) part of the pancreas, which is responsible for regulating the blood sugar level. Hormones – such as insulin – are released into the bloodstream thanks to the organ. 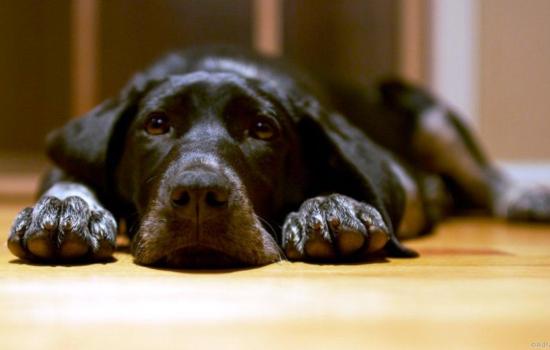 Inflammation of the pancreas (pancreatitis) is a serious disease: if there is inflammation, the vital organ is stimulated to digest itself.

In the case of acute pancreatitis, the damage is reversible. As a result, the organ can fully recover after the treatment.

In chronic pancreatitis, the cells of the pancreas are replaced by connective tissue. In most cases, the glandular organ can no longer assume its original shape, and secondary diseases such as diabetes mellitus can occur.

Pancreatitis in the Dog: Symptoms

The symptoms of pancreatitis in dogs are non-specific. This means that the symptoms are common with a number of other diseases as well. Depending on the progression of the disease, the following symptoms are characteristic:

Inflammation of the Pancreas in Dogs: Causes

Finding out the cause afterward is no easy task. However, there are a few factors that make the pancreas become inflamed:

The disease can basically affect any dog. Before the age of five, however, it is unlikely that a fur nose will develop pancreatitis. In addition, it occurs more frequently in neutered males than in non-neutered males.

What can dog owners do?

Dog owners can ensure that the dog does not get pancreatitis due to poor nutrition or too many pounds. A balanced, high-quality, low-fat diet is essential for the health of your four-legged friend. Regular feeding of the woman’s or master’s plate should be avoided at all costs when it comes to heavy food. When it comes to treats, it is advisable to use low-fat alternatives. Ultimately, sufficient exercise also ensures that the fur nose does not suffer from excess weight.

Diagnosis: How is Pancreatitis Diagnosed?

There are several ways to diagnose pancreatitis in dogs. Often one examination is not enough: To rule out other diseases, several tests are often required:

In many cases, acute pancreatitis is treated as an inpatient. Constant observation is necessary as the condition can worsen at any time. The dehydrated dog can regain its strength by means of infusion therapy. Inflammation of the pancreas is often associated with extreme suffering. Therefore, the vet will give the sick dog pain killers.

It is also important for the pancreas to rest. In many other cases, the dogs are encouraged to drink too much water in the event of vomiting and diarrhea – in the case of acute pancreatitis, water and food are completely cut off for a short time. In this way, the inflammation can recover somewhat and self-digestion is not stimulated.

In the later course

As soon as the symptoms recede, a special low-fat food ends up in the bowl. This type of diet should be consistently observed, as pancreatitis can keep coming back in dogs. Special drugs that are suspected of promoting pancreatitis in dogs should no longer be administered with immediate effect.

As is so often the case in medicine, the progression of the disease is crucial. The earlier a dog is diagnosed with inflammation of the pancreas, the higher the chances of recovery. If the dog still shows mild symptoms, a good prognosis can be expected. In an advanced state, pancreatitis becomes life-threatening.