The grandiose projects of the ruling regimes are not uncommon in the foreseeable history. Apparently, having received power over people, they tried to prove that nature is also ready to obey their instructions. Everyone has heard about Soviet projects – this is the plowed virgin land, the huge dams built, and even the idea of turning rivers.

The dust storms that arose later, the climate of the territories changed, the flooded lands and destroyed ecosystems became just details. So the Chinese rulers tried to assert themselves. 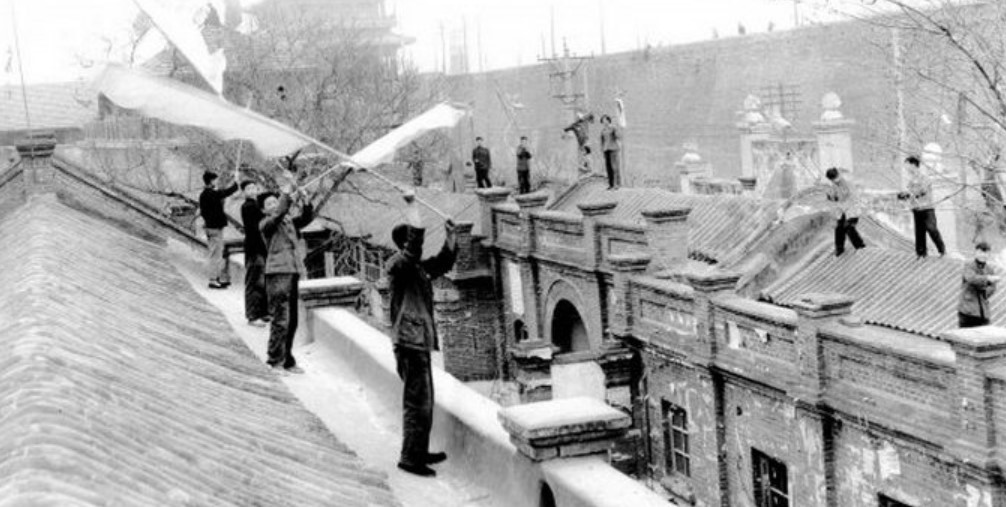 In 1958, the Chinese Communist Party had been at the helm for almost 9 years. By that time, internal enemies were suppressed, the nationalists of Chiang Kai-shek fled, and the first communist government appeared. The time has come for active action and Mao Zedong initiated the “Great Leap Forward” – a program for the modernization of agriculture and industry.

One of the components was the “War against four pests”, which were recognized as flies, rats, sparrows, and mosquitoes.
All of these animals have been recognized as the largest pests for agriculture. Well, with mosquitoes and flies it is clear – carriers of infections, in addition, they greatly disturb livestock, thereby reducing milk production and impairing weight gain.

It is also clear with rats – in addition to carrying infections, they actively consume food, stealing them from people, and young farm animals and birds also suffer. But here are the sparrows …

It turned out that sparrows are just terrible pests, they eat the grain literally right after sowing, they then peck out the ears. In general, only because of these winged marauders, the country received less wheat in huge quantities. Poor peasants, well, in general, could not cope with these natural extortions, just watch aside as flocks of birds devour them. So the sparrows have become enemies number one in China.

Then there was the problem of choosing the method of destruction. The idea of ​​shooting was immediately recognized as unprofitable due to the need to spend very expensive and useful ammunition. The poison was also discarded because of the risk of poisoning its own population. The traps were found to be ineffective and millions would have to be deployed!

But in China, there is one resource, which is even in abundance – the population. So it was decided to deal with the destruction of sparrows by the hands of the peasants themselves.

It was known that sparrows can stay in the air for no more than 15 minutes, after which they need a break. Therefore, the whole village had to go out into the field and not let the birds sit down – scare, scream, whistle, wave, etc. As a result, the poor sparrows simply fell dead. The same thing happened in the cities. Sparrows in China disappeared, the commissars reported, the population praised the wisdom of the government in general and Mao in particular.

At this rate, in half a year, they killed about two billion sparrows, and in some areas (Beijing and Primorye), at the same time, other small birds were completely cleaned out. The peasants rejoiced – no one pecked the grain anymore – and waited for a huge harvest.

Indeed, in 1959, much more grain was harvested than in previous years. It was true and a small nuisance, insects, caterpillars, and locusts multiplied actively, having lost their natural enemies. And in 1960 there was a reaction – the crops were almost completely destroyed by locusts, as a result, there was a general famine, which claimed 10-30 million lives.

At the same time, the issue of sparrows in China was considered by the Chinese Academy of Sciences, considered from a slightly different angle, and the “war” was recognized as “not entirely correct.” A year later, Mao decided to end the war with the sparrows and switched his forces to new enemies – bed bugs.

And the population of small birds and in particular sparrows in China was restored for a long time, imported from Canada and the USSR, and at the beginning of this century, they even started a campaign in the country to protect passerines.