An interesting monster lives in the depths (up to two kilometers) of the ocean between New Zealand and Antarctica. This colossal squid (Mesonychoteuthis hamiltoni) is the largest mollusk known today. For the first time, Robson was able to make an assumption about the existence of this species in 1925 from the remains of two tentacles found in the stomach of a sperm whale. Later in 2007, New Zealand fishermen caught the largest colossal squid, about 10 meters long and weighing 494 kg. although scientists suggest that individuals of the order of 12-14 meters are found in the depths. Another feature of this mollusk is the largest eyes in the animal world – 27 cm! 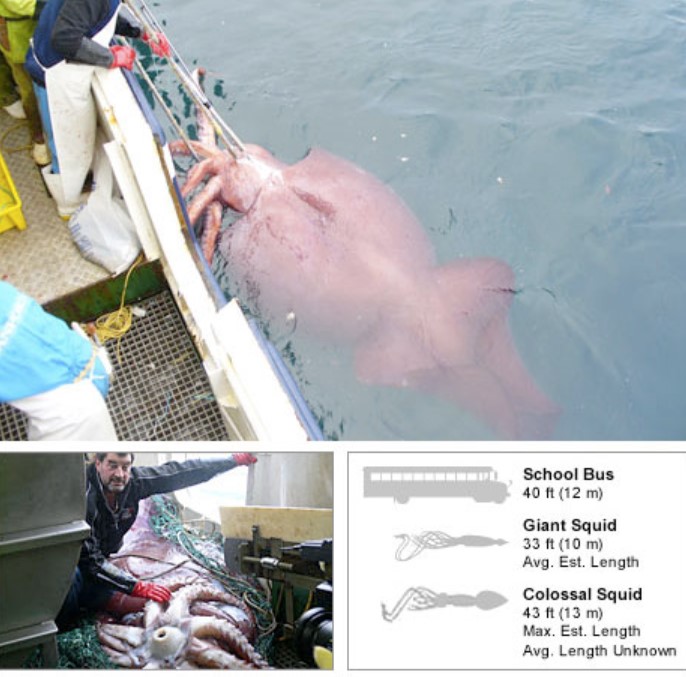 It was assumed that squids are active fearsome predators, like the krakens from legends, the horrors of the depths and at the same time play a significant role in the diet of sperm whales. But recent studies in 2010 related to the study of metabolic features revealed that colossal squids, although equipped with an impressive killing kit (strong tentacles with jagged edges), are still quite phlegmatic couch potatoes. But they also have warmer aquatic relatives….