Great Danes are the real giants of the canine world. But even among the representatives of one of the largest dog breeds in the world, there are giants who hold the record for height and weight. These dogs surprise not only with their huge size but also with their weight category. They look quite intimidating, but at the same time, they are real good-natured people.

Contents hide
1 The Largest Great Dane in the World – Record Holder
1.1 Height and Weight Parameters
1.2 The History of Life
2 Other Breed Record Holders

The Largest Great Dane in the World – Record Holder 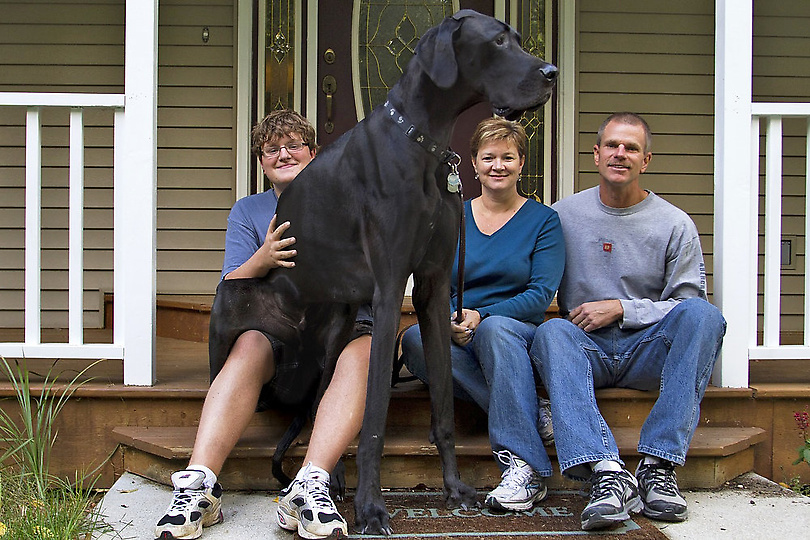 In the Guinness Book of Records – 2013 was entered the champion among dogs in terms of growth. It was a pet from the state of Michigan, USA, named Zeus. The coal-black dog had a truly extraordinary size, exceeding all permissible limits.

Important! It is noteworthy that just a couple of years before him, his compatriot named Giant George, whose height was only a couple of centimeters lower, was entered in the Book of Records.

A Great Dane named Zeus was bigger than all of its owners when they sat on the couch together. This dog could easily get to the kitchen faucet and drink water whenever he felt like it. Despite the spacious rooms in the house, the dog was clearly cramped there.

The record holder had the following parameters:

Important! If Zeus suddenly decides to stand on his hind legs, his height will be 2.24 cm. 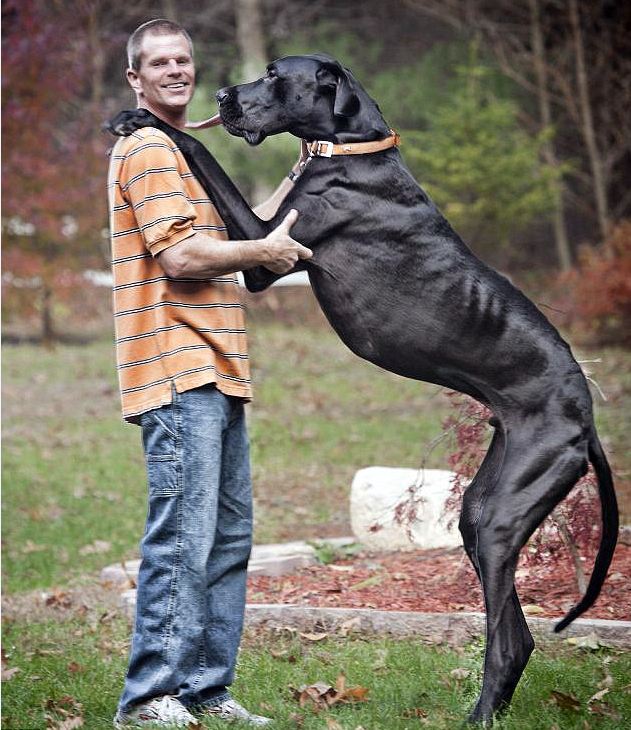 The pet looked lean enough, but extraordinary strength and power were guessed in it. Zeus ate 14 kg of dry food daily. In addition to him, an adult German Shepherd of the breed lived in the house. In numerous photos on the network, you can see that the dog is significantly smaller in height than its giant neighbor.

The History of Life

The short life of the giant pet was eventful. With the help of the owners, he was perfectly socialized, favorably accepted admiring glances, and was not averse to being photographed with strangers on the street when they asked for it.

In addition, the giant participated in various charity events, visited hospitals and children’s institutions. Also, the dog participated in Canis therapy. He was an excellent pet who helped people recover from various ailments through communication with dogs.

Unfortunately, Great Danes do not live too long, they are prone to many diseases. Zeus died in 2014, at that time he was only 5 years old. However, the owners of the record holder still remember him with great love.

Just a couple of years before Zeus, a dog named George was included in the Book of Records. It was also a Great Dane, only blue in color. He lived with a couple from Arizona, USA. The owners claimed they hadn’t expected to raise a giant dog at all when they bought themselves a 7-month-old puppy.

And the Great Dane grew up as a huge dog with a height of 110 cm at the withers and a record weight for the breed of 111 kg. The owners claimed that he eats more than 50 kg of dry food per month and sleeps on a separate oversized bed. The dog died at the age of 7, the reasons for his death are unknown.

Before the record holders of the Great Dane, a Great Dane dog named Major was included in the Book. He weighed about 108 kg and was 109 cm tall. Unfortunately, such huge pets do not live too long. All record holders died before reaching the age of 10. 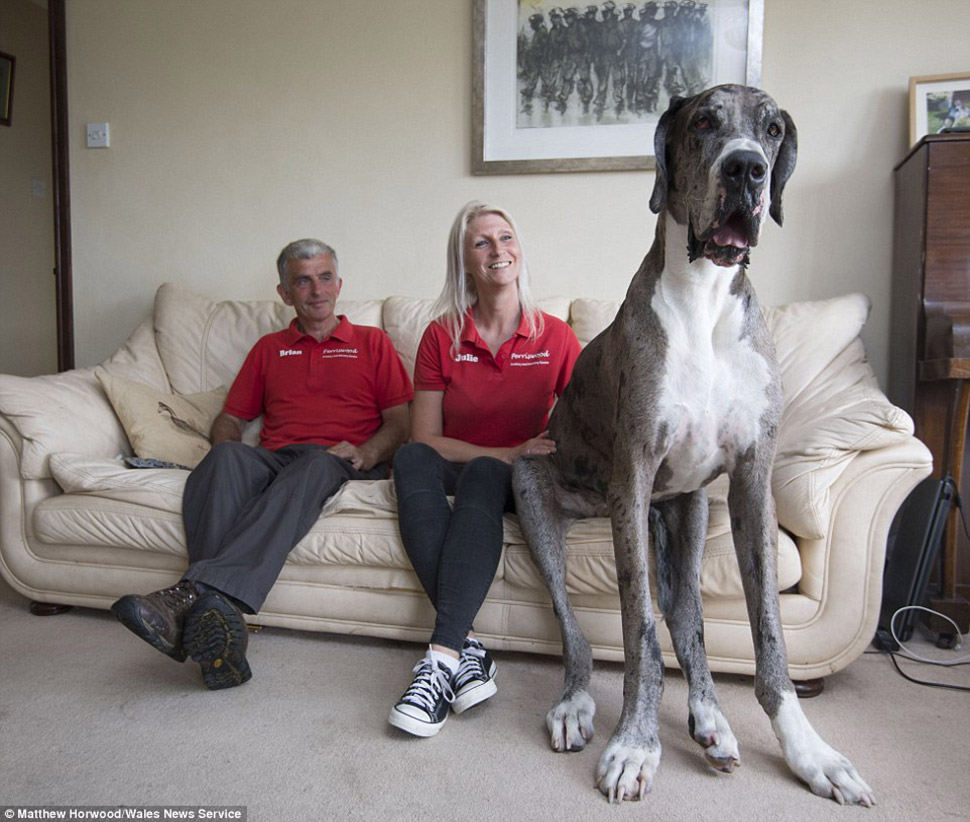 Great Danes are very friendly. Even oversized dogs are affectionate and obedient. The owners of the record holders were convinced of this, who noted that they had not yet seen the dogs kinder. Despite their huge parameters, these pets behave almost always carefully, realizing their destructive strength and power. The owners remember their pets, which are remembered all over the world, with unchanging love and longing.