Shar-Pei is a dog with an unforgettable appearance. Finding two with the same folds is simply impossible. Each has its own “drawing”, quantity. Shar-Pei is not the same in color and type of coat. According to these criteria, they can be divided into separate types. 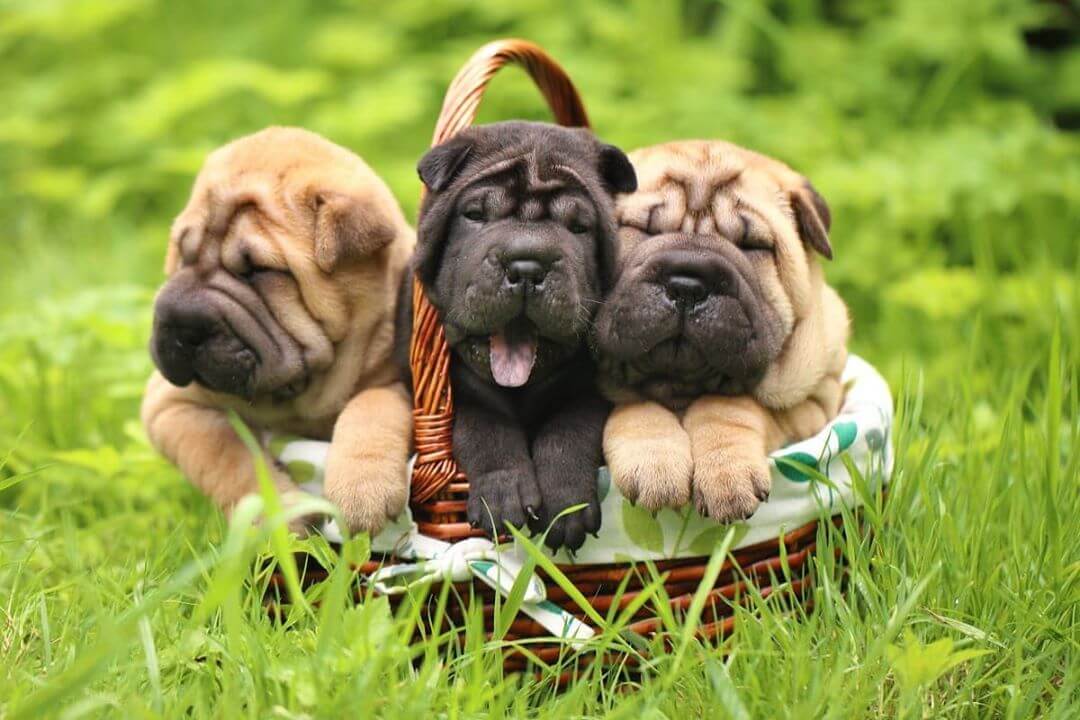 A lot of controversies are raging around the origin of these dogs. Due to the fact that the birthplace of the breed is China and the official registration took place in America, many divide it into two types – Chinese and American. Somewhere there is even a European type. In fact, these tetrapods differ from each other only by the type and color of their coat.

For Shar Pei, a large number of colors are considered allowed. Only white is considered prohibited. So, anyone can come to the kennel and buy a puppy for themselves to taste. You can choose from the following options:

Dilute colors are placed in a separate category. They are special in that they completely lack black pigment. These can be:

Sometimes there are also exclusive individuals. These include black-backed and spotted. They look attractive but still belong to genetic defects.

According to this classifier, Shar Peis are divided into three types:

Horse. The length is about 1.5 centimeters. Puppies have a large number of folds, which are smoothed out with age. This species is the only one that is officially recognized in China. Dogs with this coat have to be bathed more often than others.

Brush. 1 to 2.5 centimeters long. As the brushes mature, their creases are not smoothed out. Although they do not agree with this in China, in other countries dogs with such a coat length are officially recognized.

Bear. Always longer than 2.5 cm. Fluffy dogs, despite the beauty and attractiveness of their coat, are not allowed to participate in shows.

It is not so easy to predict which puppies will be in the litter. Only experienced breeders can know how the offspring will be born.