It is assumed that the ancestors of the border collie were herding dogs. Their parents were massive, large dogs, similar to the Bernese Mountain Dogs (they ended up in Great Britain in 55 BC along with the Romans, who pursued predatory goals), and Spitz-like dogs brought by the Vikings to the islands during the collapse of the Roman Empire. 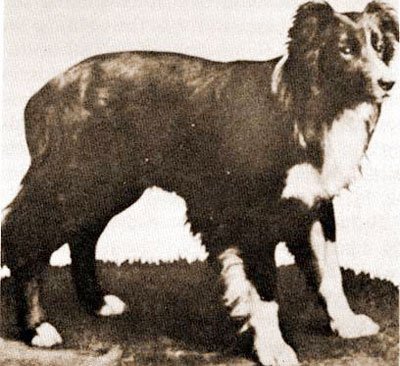 The descendants from the crossing of these dogs differed in smaller size, agility, dexterity, and they were successfully used for grazing sheep in the rocky, hilly regions of Scotland and Wales.

A reference to dogs that qualify as a Border Collie is found in The English Dogs, published in 1576, by Johannes Caius. The border collie was also mentioned in the literature of the 18-19th century.

The Border Collie breed originated in Northumberland. The county is located on the border of England and Scotland, therefore the name is appropriate. Translated from the Gaelic language, “collie” means “useful”, but there is an opinion that the name of the breed came from the breed of sheep that the dogs grazed. The black-faced sheep were called “coaley” and probably black and white dogs were also called the same.

For the first time the name of the breed in the form in which it is now known – “border collie”, was used in 1915 by James Reed – secretary of the International Society of Herding Dogs (ISDS). Under the name “Border Collie”, the breed was entered on the ISDS registration forms.

Initially, the breed was bred for grazing livestock, especially sheep. But then, in the 16th century, it did not occur to shepherds to register their animals. Animals were needed exclusively for the performance of herding duties.

The author of the breed is Adam Telfer. Modern border collies are descendants of Old Hump (1893-1901) – a famous dog with outstanding working qualities. For 8 years of its life, the dog has become a father of more than 200 puppies, most of them Old Hump passed on all his best characteristics that helped the dogs become champions. The dog began to participate in competitions from the age of one.

After the death of Old Hump, Old Kep, born in 1901, contributed to the development of the breed. The first border collies were distinguished by a wary, vigilant attitude towards strangers. Old Kep was a good-natured dog. Traits were passed on to descendants, as well as the ability to “focus the gaze”, which helps to control the sheep.

As part of the selection work, the selection of animals was carried out taking into account the ability to control the herd, dexterity was assessed, the ability to make decisions when it was necessary to overcome obstacles. For this purpose, intra-breed competitions were organized, according to the results of which the winners used in the breeding program were selected. Appearance did not matter, all attention was paid to working qualities, obedience. 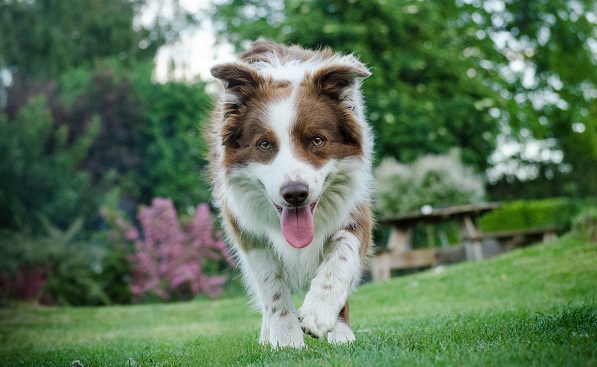 If the popularity of the border collie among shepherds was at its peak, then ordinary people, city dwellers were in no hurry to acquire a shepherd’s dog. But over time, when it became known about the developed intelligence of dogs, obedience, ability to learn, their attitude to humans, popularity began to increase.

The breed was first introduced to the United States and Australia in the 1880s. In 1976, the breed was officially recognized by the English Kennel Club.