Dog ears come in very different shapes and positions. Whether hanging limply, sticking out straight, or slightly tilted, the position of the ears is versatile. Dogs with floppy ears include so-called sniffer dogs. In the following, those interested can find out which particular races belong to the floppy-eared fur noses. 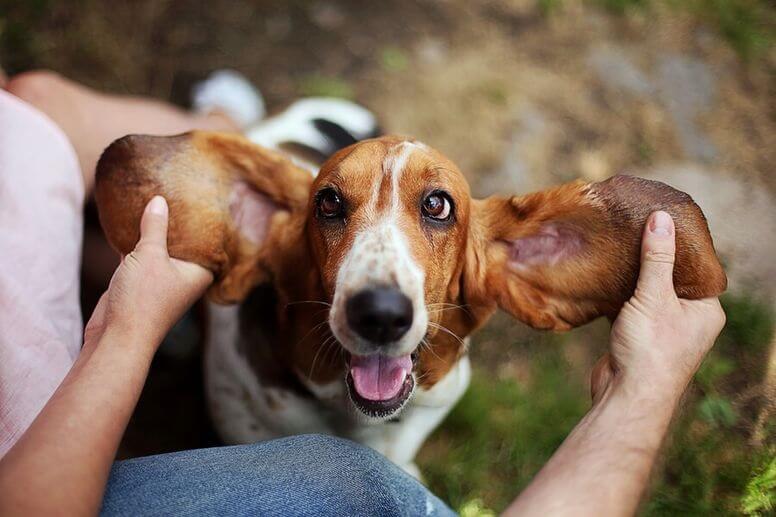 The small fur noses with floppy ears include various breeds of dogs with a shoulder height of fewer than 40 centimeters. Well-known examples are:

Basset Hound: This breed is primarily known for its sad look. In addition, the basset hound also has remarkable ears that hang limply from its head. This makes the four-legged friend look even sadder. The basset is always in a good mood.

Beagle: Active, clever, and always ready for a walk – this is the Beagle. It is famous for its high hunting quality as well as for its deep-set floppy ears.

Cavalier King Charles Spaniel: This is a floppy-eared dog with brown and white fur. This is very characteristic of these graceful animals. The long, lop ears look really cute, as they are very lusciously hairy and almost look like a mane.

Cocker Spaniel: This little guy is one of the favorite breeds of dogs. With a size of up to 40 centimeters, the Cocker Spaniel is just one of the small breeds. Its long floppy ears are often covered with curly fur. Unfortunately, it is very susceptible to infections in the ears.

Dachshund: A small dog with floppy ears and short legs is also the dachshund, for example. The four-legged friends can grow up to 34 centimeters and weigh around 10 kilos. The Dachshund is characterized by its long body compared to its short legs.

The large, popular dog breeds with floppy ears include four-legged friends with a shoulder height of 60 centimeters and more. Well-known representatives of this size with flabby ears include:

Afghan Hound: In addition to the slim figure, long coat, and state size, the breed is characterized by floppy ears. The greyhound often looks majestic and is considered an athletic beauty.

Irish Setter: The hunting dog is very respected and very popular. This is not surprising given his elegant physique, which is not the only thing that defines him. The flabby ears underline his graceful face with the eyebrow arches.

Barbet: With up to 65 centimeters, the cozy and clever barbet also counts in this category. He is also one of the black dogs with floppy ears. Its fur is curly so that it looks like a cuddly, fluffy head.

American Foxhound: It belongs to both large and medium-sized breeds of dogs. The reason for this is that it can be between 53 and 64 centimeters tall. Up to 60 centimeters, he is still one of the medium-sized dogs with floppy ears. If the shoulder height is above this value, the four-legged friend belongs to the large breeds.

If you want to buy a dog with floppy ears, this article offers a small selection of dog breeds. It is important to remember that many of these breeds need a lot of exercise and attention. Most of them are hunting or sniffer dogs. They have a natural urge that they can best live out with enough exercise and variety.