The coelacanth is considered the most ancient fish. She was a contemporary of the dinosaurs, her remains are found in sediments 360 million years ago. For a long time, scientists thought that, along with the dinosaurs, this fossil disappeared. But in 1938, the fish was discovered and described of the eastern and southern coasts of Africa. And in 1997, the second type of coelacanth was found near Sulawesi in Indonesia. 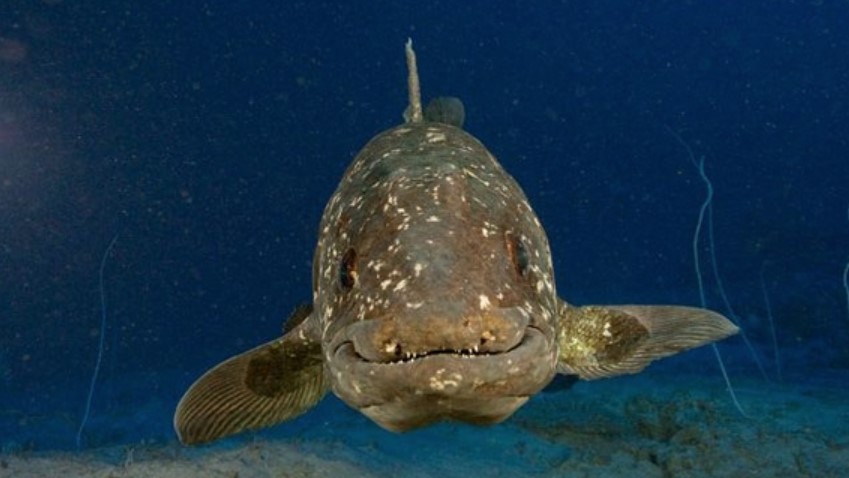 Coelacanths have a completely unique structure. It was the closest relatives of these fish that became the ancestors of all terrestrial amphibians and vertebrates in general. They do not have a spine, but a special kind of tube. They have as many as 7 pairs of fins. A completely unique two-piece skull structure with an internal joint …

This particular group of fish was observed at a depth of 90-120 m off South Africa in Sodwana Bay. For three weeks and 21 dives, we managed to meet the fish only 6 times. They are nocturnal, hide in caves during the day, spotted colors help them in disguise. By the way, the pattern of the spots is individual for each fish.

The eyes, thanks to the crystalline layer of the retina, resemble a mirror, they reflect all the crumbs of light in this dark deep water.

Particular stability of the fish is given by its dorsal fins, which look like sails. 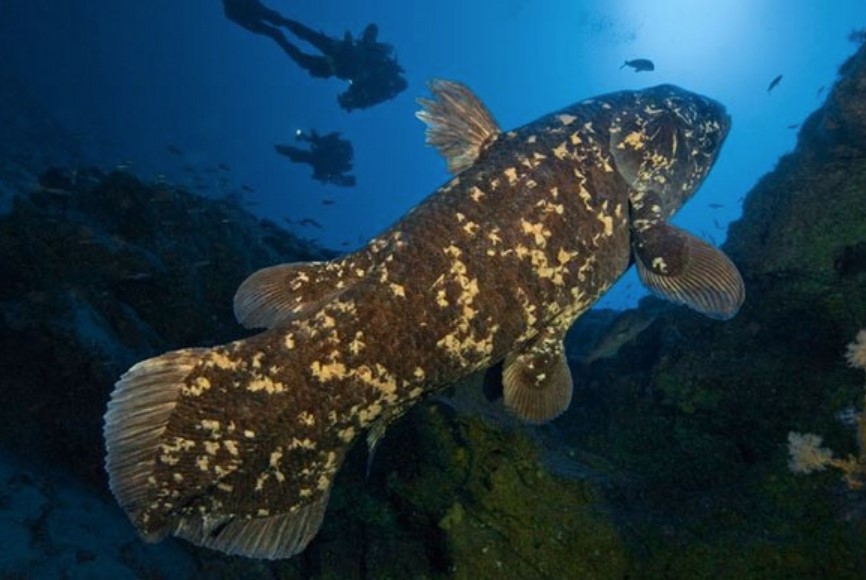 It was the structure of the ridge, like a hollow tube filled with liquid under excess pressure, that gave the name to the fish. “Latimeria” comes from the Greek name which means “hollow ridge”.

The specific and way of movement of this fish. She performs simultaneous movements of fins from different pairs, and diagonal pairs move simultaneously – left pectoral and right abdominal and vice versa. Such movements are characteristic of some pulmonary fishes, benthic, and are the basis for the movement of terrestrial vertebrates.