Sometimes, even for experienced dog owners, it is difficult to know what a dog is really trying to convey when it throws its ball on the lap of its owner or mistress or stares at it for no apparent reason. With our tips, understanding the behavior and body language of a man’s best friend is a breeze.

It Brings Gifts … Because It Thinks its Owner Needs These Things 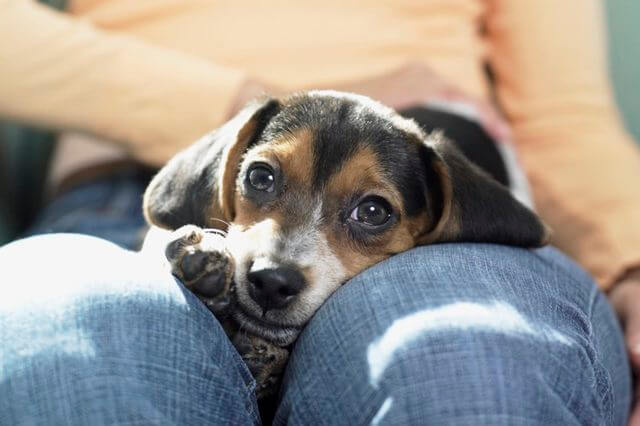 What does it mean when he brings his drool-covered ball to his holder? What goes through his dog’s brain when he lugs in a dirty stick that he found in the garden? The little hunter shows his skills and wants to give the owner a gift. It is particularly clever that he only brings those gifts that he can also use to play. Really clever!

Why does the dog stretch on its stomach and stretch its legs in all directions? The little fur nose has her own dog bed, so why does she still claim the human bed? It has nothing to do with territorial instinct. The dog just wants to be a member of the pack. When the owner is in bed, the dog wants to be by his side.

Dog owners often wonder why their dog is sitting on its feet. The alpha dog owns his owner, or at least he thinks so. He claims him to be part of his pack and declares himself to be the leader. It could also mean that he wants to make sure his owner is still there. In this case, it depends on the dog’s personality.

This is really a sign of concentration. The dog has something planned in his dog’s head and is ready to attack. It’s better not to get in his way.

If It Yawns It Can Mean a Lot

What does the little hairy friend mean by that? Dogs yawn for the same reasons we do: they need a pick-me-up. You can either be tired or bored. When they are nervous around other people or dogs, their yawns can express fear. If someone else is in the room yawning, they might yawn to mimic their action. Dogs are so versatile.

It’s Destroying the Sofa Because It’s Bored or Scared

Many dog owners have had to go through this. When leaving the house, the dog may suffer from separation anxiety, especially if the dog has not been with its owner long. Both puppies and adult dogs can get bored when the dog owner isn’t around and by destroying things they can keep themselves busy. It is best to take a long walk or play with them in the garden to power the animals off before leaving the house.

Dogs experience the same emotions as their human friends. If the dog is always near the owner and lies on his legs, he has to be shown that he is safe and that nothing bad will happen to him. It also means that he wants to be as close to him as possible and is looking for love. And we are very happy to give that to our furry friends.

It Curls Up in a Ball When It’s Scared

When a puppy lies down and curls up in a ball, it is trying to get as small and invisible as possible. It’s a basic survival instinct, and this type of behavior usually occurs in abused animals. If you’ve recently adopted a rescued pet, be gentle and patient – and give the animal as much love, pats, and other caresses as possible.

It Stares at Its Owner Because It Loves It

Just like you used to stare at your crush in school, you are suddenly stared at by your dog. But it is not very subtle. He stares at his owner because he idolizes him for as long as he wants. If he puts on that intense gaze when you leave the house, it means he wishes you could return to him safe and sound.

Dogs are considered to be man’s best friend for good reason. Wordless communication is not always easy, but most of the time we can understand what they are trying to say. And if we don’t understand what the furry friends want from us, it can also be fun to guess what the dog wants.